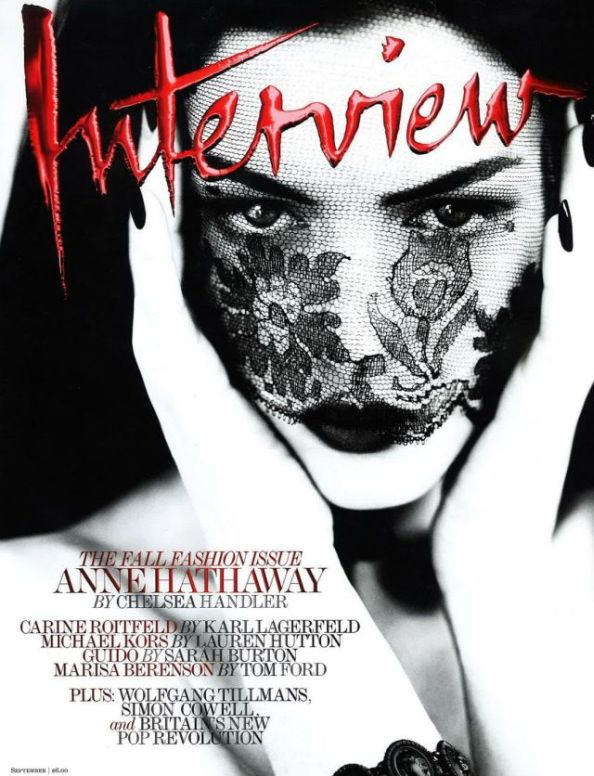 After taking a quick glance at the pictures, you’ll probably think that this is not your ordinary photoshoot setting for an actress like Anne Hathaway, who is best know for her angelic face, mostly because of her big brown eyes. Even if it looks more like a setting prepared for Lady Gaga and another one of her crazy-weird-gross photoshoots, this isn’t anything like that. After seeing her in the drama ‘Love & Other Drugs’ I confess that this isn’t a photoshoot in which I would’ve imagined Anne Hathaway any time soon. Don’t get me wrong, I think she can interpret really diverse and complex characters, as she has proven up to this moment but this is still surprising. Nevertheless these pictures have turned out nicely.

Leaving the pictures aside, the interview given by Anne is quite lovely – definitely not ‘dark’ like you’d probably imagine – but rather lovely, with light answers during an open talk with interviewer Chelsea Handler. Anne talks about Jersey Shore – both the place she grew up in and the name of the famous MTV show, about supporting the legalization of gay marriage, her latest movie-roles, her trip to Africa right after the Oscars and various other subjects as the disscusion between the two evolves nicely.

For a Hollywood sweetheart, she looks really interesting portraying a Gothic chick like the ones from the Victorian times, but from me personally she will still remain the happy-funny-adorable Anne Hathaway. 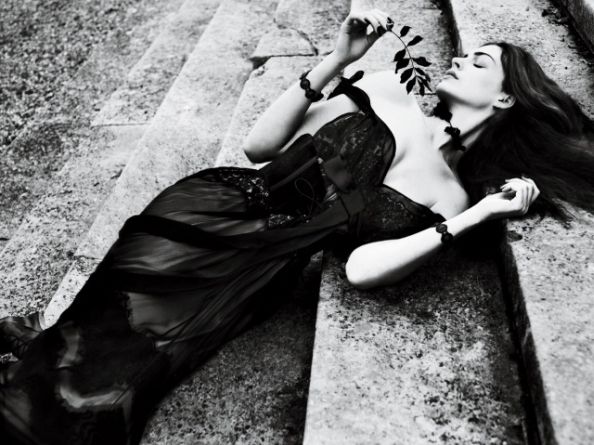 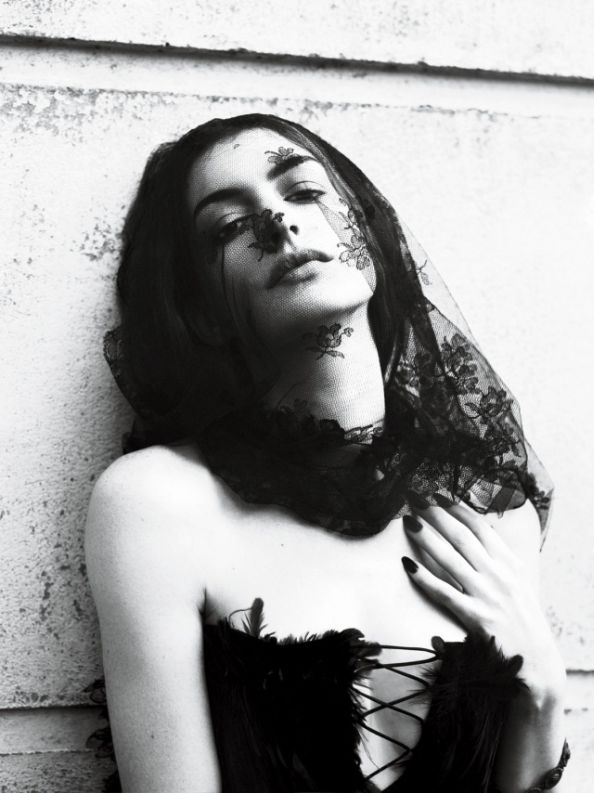 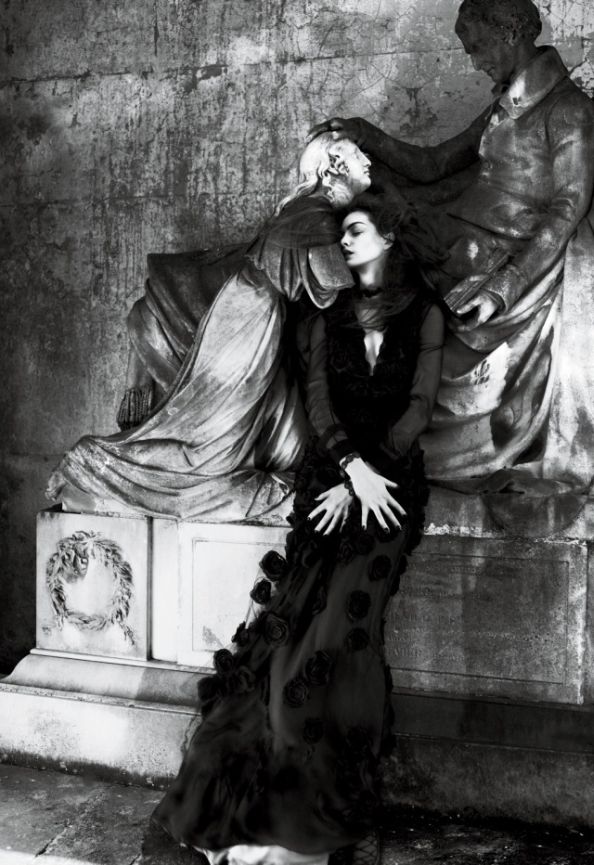 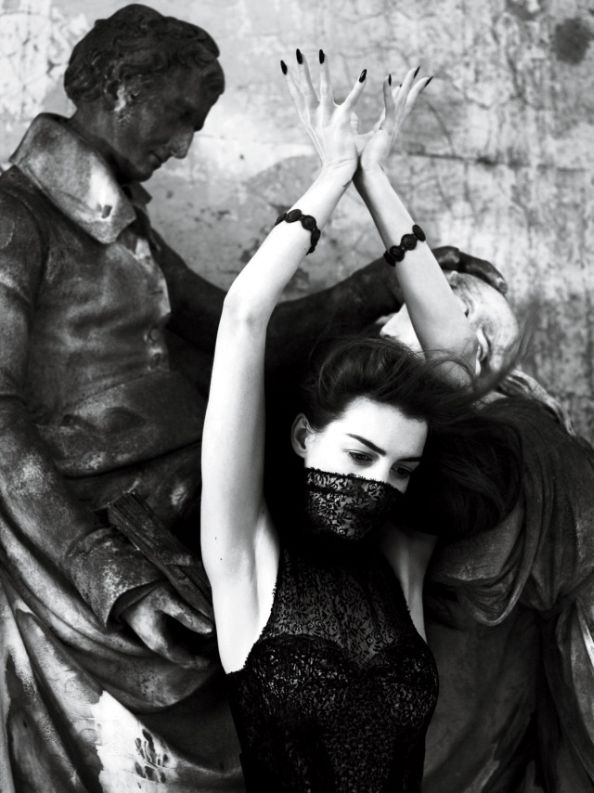 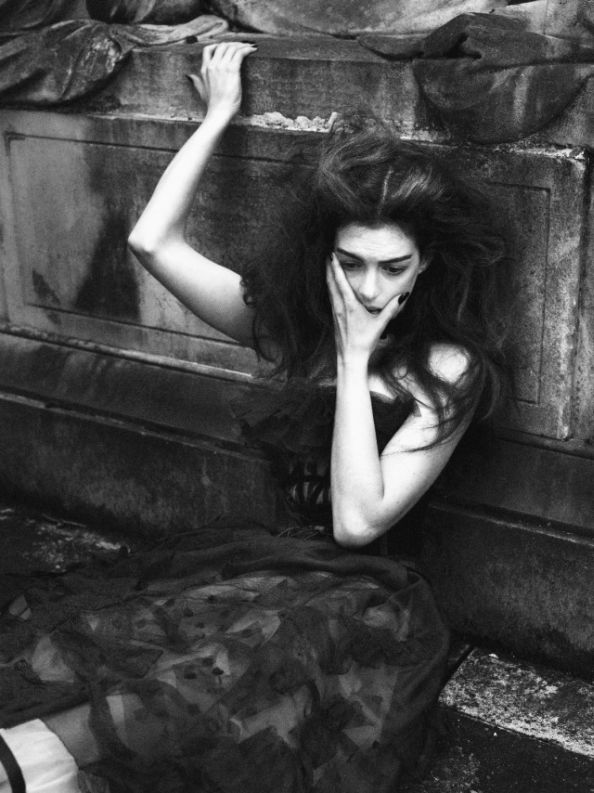 Photos by Marcus Piggott and Mert Alas on Fashion Slop

[…] David Nicholls, also wrote the screenplay for the movie, and the main characters are played by Anne Hathaway (who dons an interesting British accent) and Jim Sturgess, with a special appearance by Patricia […]

Hi there, You’ve performed an excellent job. I will certainly digg it and personally suggest to my friends. I’m confident they will be benefited from this web site.