A Day In the Life of a Kyoto Geisha 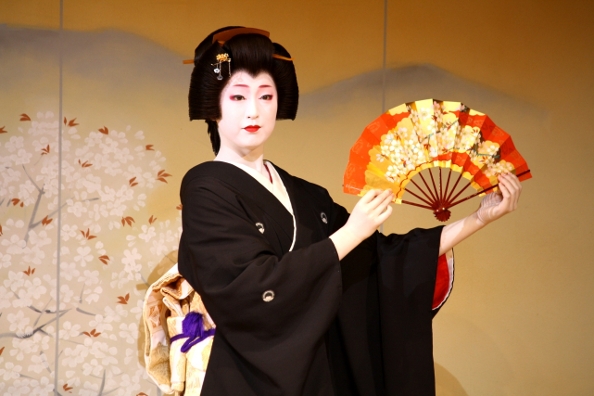 Photo by DrowElfMorwen on deviantART

I’ve always been a big fan of the Japanese culture, for it is represented by one of the most unique and genuine code of traditions in the whole world, deeply embedded in the minds of Japanese people. I really love how they respect their heritage and how they pass it on to new generations.

This is just one of the reasons why a few days ago an interview with Miehina, a Kyoto geisha, caught my attention and reminded me how wonderful this culture really is. Geishas are Japanese female entertainers and social companions, guided by strict rules and strong traditions.

Girls start training at early ages – around 9 years old, and they have to pass through several stages of preparation to become a genuine geisha: hangyoku (beginner), minarai (“learning by watching”), after that they become maiko (“dance girl”), a stage that could last for years, then at the age of 20-22 they become a full-fledged gheisha until they retire. One of the most fascinating parts of becoming a geisha is the variety of their kimonos, hairstyles and accessories which depend on their role and the stage they reached.

From the moment they become a geisha their skills will have to include: performing various Japanese arts such as classical music and dance, gaming, and they have to learn several conversation and entertaining techniques. Besides this, they learn how to pour drinks (usually tea) into the cups of their guests which they have to entertain at the ozashiki (a banquet), where they sometimes hold tea ceremonies.

Obviously they live by a very strict code after becoming a full-fledged geisha and some might even consider that this title is more like a burdain since the process is difficult  and complex and it takes many years to get there. However, through this journey they also become more confident, respectful and financially independent women.

Miehina the Kyoto Geisha from Glen Milner on Vimeo

[…] would say that the Japanese are the masters of horror. And at least judging by the number of Hollywood remakes after already […]