What Type of Serial Killer Are You? 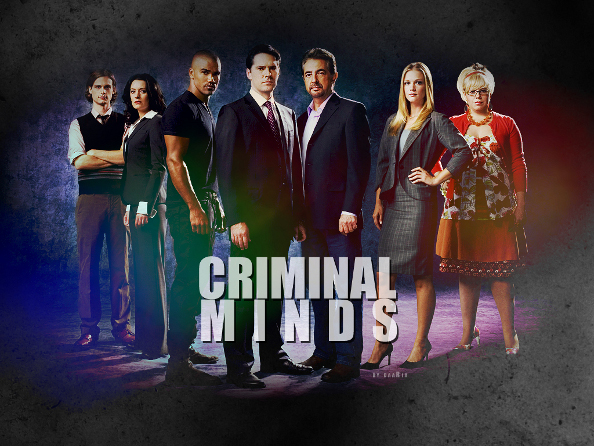 To catch a killer you have to think like a killer is the motto of the successful CBS TV series Criminal Minds. In every episode, the BAU team tries to catch psychopaths, sociopaths, mentally ill, or plain crazy individuals that kidnap and kill their victims in unimaginable ways. To catch and convict them, they use a profile that helps figure out the killer’s methods, motivation or his next moves. Here are several types of serial killers presented in the six seasons of Criminal Minds:

This type of deranged murderer, presented in the 1st season finale, actually believes he’s The Fisher King and his victim, his own daughter, is the Holy Grail. He challenges the team (The Knights of the Round Table, as he calls them) to find him by proving them with clues such as collection butterflies, keys, and old poem lyrics written on walls; he’s an emotionally disturbed highly organized psychopath. If you ask me, this is the best two-parts episode of Criminal Minds or other TV series I have ever seen.

The killer in the ‘North Mammon’ episode stalks and kidnaps tree teenaged girls, locks them in a cellar and tells them that only two of them will live and they must choose which one will die; he doesn’t kill them with his own hands but he pushes them to do so. This type of killer is usually a respected member of the community he lives in, allowing him to injects himself in the investigation unsuspected. He also puts a lot of time and energy into stalking and preparing his victims. Will the girls kill one of them to stay alive?

This type of killer, presented in the episodes ‘The Big Game and Revelations’ in the second season, uses religion to justify his killings and believes the Bible is a guide that tells him to kill sinners. In this case, the killer’s mind is split in two personalities due to the moral contradictions of his actions – for this reason he calls the police after committing each crime, and insists in sending a message via Internet: It’s God’s will for sinners to die. The killer kidnaps Reid and makes him choose the next victim. Who will he choose?

This type of psychopath uses fire as a weapon. Most arsonists don’t intend to inflict harm but in the ‘Ashes and Dust’ episode, the killer targets the homes of upper-middle-class families as they sleep, and watches them burn from the inside of the house, using a fireproof costume. This type of killer is an narcissistic, underachieving white male who thrives from power and violence. I do hope you will sleep tight after watching this episode.

Hunting is their sport, humans are their target. When the BAU is called to investigate the bodies of missing people discovered in a remote region of the Idaho wilderness, they come to the conclusion that the unsubs have been hunting humans as game. They use a bow as a murder weapon and follow their victims days at a time, getting pleasure from the slow death of their pray. Luckily, their last pray didn’t wanted to become a victim.

In the episode ‘Scared to Death’, the team discovers a murderer who uses a unique weapon against his victims: fear. The killer is a psychiatrist who targets people that recently moved to Portland and live alone. He pretends to cure them from their worst fears but instead, their fear is the one killing them. He is a sadistic killer using different methods: he burns, buries, drowns, smolders his patients depending on the type of fear they’re trying to overcome. Living up to his name, a control freak killer craves control, power and manipulates or tortures his victims. What’s your fear?

Probably one of my favorite killers from the Criminal Minds Series is introduced in the episode ‘Masterpiece’, which presents a narcissistic psychopath that confesses killing seven people and threatens that more will die. The team must locate his latest victims before it’s too late. So, because they don’t know the victimology, they profile back from the killer to find the victims. The killer has a God complex and believes he’s smarter, faster, better than anyone else. Luckily, that’s not the case, and when Rossi and Reid discover that he also has an obsession for numbers, they use the Fibonacci numbers to find the victims. A trap was waiting for them there.

A copycat killer is inspired in his work by other previous killers. The killer from ‘Zoe’s Reprise’ murders his victims through various methods used by famous serial killers in history. The team manages to profile that he’s most likely young impressionist that studies serial killers, borrowing and trying on their methods to see which one fits him better. He’s a particularly interesting unsub because he kisses his victims on the forehead after they’re dead and he takes pictures of the dump sites. Even though he thought he will never get caught, those were the details that got him convicted. Rossi feels guilty he pushed the unsubs’ last victim right into his arms.

It’s tricky to catch a killer when he doesn’t know he is the killer. That was the case when the BAU team had to find a murderer that was targeting college students in a spring break. His main personality, Adam, was quiet and shy but sometimes, another alter ego, a woman, Amanda, would surface and kill male students. The team first profiled that there is a team who does the killings but Reid notices the submissive/dominant features in Adam. In the end, it seems that they took the victim into custody and let the abuser go free.

When women of a certain type disappear and are found dead in public places, dressed like porcelain dolls, the team believes the killer is an antisocial woman who uses other women to replace the collection of dolls that she lost. She keeps the victims in drug induced paralysis, but conscient, which allows her to have a mental domination over physical immobile victims. This tea party should be interesting.

In the ‘Mosely Lane’ episode, the team profiles a child abductor who may have been keeping children captive for more than eight years. The kidnappers seems to be a family who used a ruse to abduct children from their parents in public places, and kept them as their own or kill those who tried to escape. One of the abducted children becomes the abductor.

The BAU must profile a serial killer covered in tattoos that commits suicide, but leaves clues to the whereabouts of his last victim. He gathers in one room chronologically ordered pictures, journals, and facts about his previous victims. Moreover, he covers his body in tattoos of faces of his victims and the year they died in. The team believes his act signifies a big flashy confession of the women he killed so the police wouldn’t look furthermore into his case to discover that his accomplice was… well I’m not going to tell you. The tattoos were actually the ones who helped in finding his last victim.

The team pursues two young lovers on a killing spree. One is a sociopath and the other one is a psychopath with no moral compass. To add to that, alcohol is a key element in their killings. They are trying to complete together the 12 steps towards becoming sober, but they broke an important step, a 13th one: members are not supposed to involve in a relationship while trying to get sober. What will remain of their love after they get caught?

A series of bizarre, ritualistic murders brings the team to Miami, where a killer cuts his victims tongues, puts shells on their eyes and mouth and paints upside down crosses on their chest. The killer is thought to be an unpredictable but important person in the community whom people trust. He was unpredictable alright. Poor Reid, he got himself caught in the middle again.

The BAU suspects a gang of murderers targeting a new victim each day but, as usual, nothing is what is seems to be. Instead of a gang, there is just one killer suffering from paranoid schizophrenia who believes tree other people are stalking him and are pushing him to kill. He is an unstable erratic disorganized killer who uses his hallucinated “friends” and the voices in his head to kill the people that are “out to get him”.

Photo from DaaRia on deviantART

Roxanne is a future PR person who is in love with sunny weather, movies, TV series, Sci-Fi books and fashion. She has a mild case of addiction to chocolate, the Internet, spaghetti, shopping, socializing, sunbathing and eating chips while watching romantic comedies.