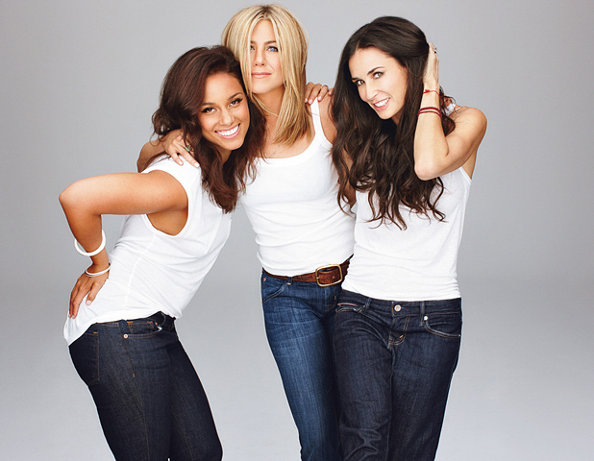 Photo from Skinny vs Curvy

Five emotional stories about breast cancer, five interesting directors and an amazing cast: that’s what you should expect from Lifetime’s ‘Five’ project, a movie that represents an anthology of five short films exploring the impact of breast cancer on people’s lives.

According to the network’s representatives, ‘Five‘ highlights the shared experience each short film’s title character endures from the moment of diagnosis, through an interconnected story arc that uses humor and drama to focus on the effect breast cancer and its different stages of diagnosis have on relationships and the way women perceive themselves while searching for strength, comfort, medical breakthroughs and, ultimately, a cure.

And that’s not all: each of the five segments of the movie were directed by incredible women: Jennifer Aniston, Alicia Keys, Demi Moore, Penelope Spheeris (director of Wayne’s World) and Patty Jenkins (who directed the pilot for AMC’s The Killing).

A sneak peak of the movie was already released and besides being pretty dramatic (after all, we have tears and guitar smashing), it also shows the premise that everyone is going to put on amazing acting performances.

Furthermore, Jennifer Aniston, Demi Moore and Alicia Keys share the cover of Glamour US October 2011. The three stars talked about the project and shared with the magazine’s readers their experiences while directing their segments.

We were intrigued by the challenge of creating short stories that would defy audiences’ expectation of the subject. We wanted to balance the drama with humor and irreverence because that’s what’s helped our friends who’ve faced this get through their treatment. We wanted stories that were informative without being heavy-handed.

I think that so often there is that ‘out of sight, out of mind’ feeling, like breast cancer is happening to other people, not you. Before this project came up. Even I really didn’t want to pay attention. I feel that this came to me to make me pay attention.

You can read the whole interview here.

‘Five’ will premiere on Lifetime on October 10. Watch the sneak peek below. Are you looking forward to it?

I do not have cancer but dibilitating, chronic, disease. I only wish I had the courage and strength I see in the patients of breast cancer. God Bless you. Keep fighting! Praying for you, Andrea

Is it only possible to see this movie on TV in the US? I’m from Scandinavia, and would really like to see/buy it… :-/ Anyone know where?