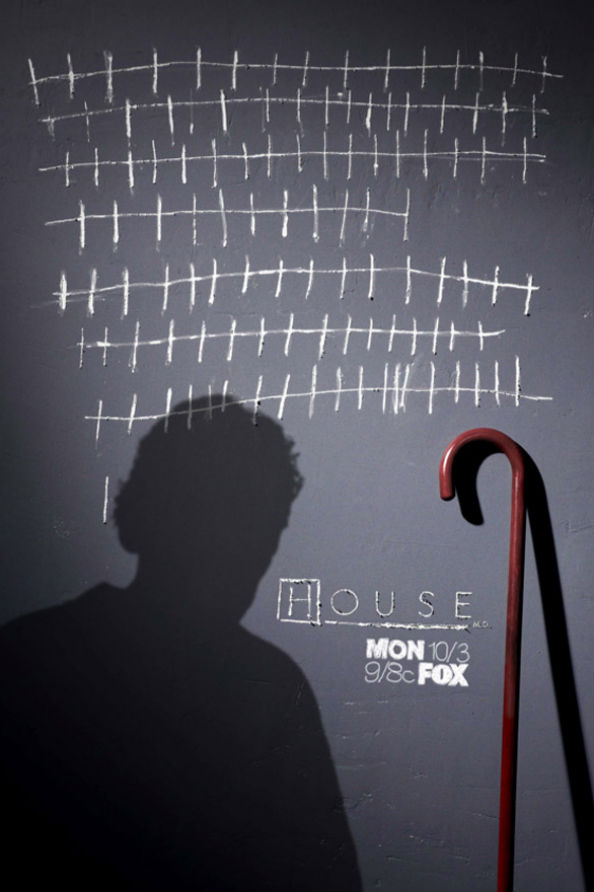 Our favorite shows are returning this fall with new seasons, and House M.D. has a lot of fans out there. Major things are going to happen at Princeton Plainsboro, new characters will be introduced and the lovely Lisa Cuddy, played by Lisa Elderstein, won’t be back at the hospital in order to deal with House’s sometimes silly behaviour.

Are you excited about the new season? If not, here are five reasons why we think you should definitely check in on Fox Monday, October 3, for the big premiere. The list may contain some spoilers, so proceed at your own risk.

1. House is in prison

As we could see from the official promo, things aren’t looking peachy for House at the beginning of season 8. After driving his car into Cuddy’s house (oh, the irony!) in the season 7 finale, people have to be seriously pissed off by his attitude, that has now reached new levels of craziness. Do you remember the season 6 premiere, with House in the mental hospital? It was so good that it might have even been considered a TV movie, taken on its own. Hopefully, this will be amazing too.

Charlyne Yi and Odette Annable will join the cast on House M.D. and they will both become series regulars. With Cuddy gone and Thirteen on the verge of leaving, the show needed some new faces. You may know Odette from Brothers and Sisters or Breaking In, and Charlyne from Paper Heart. Charlyne is also a stand-up comedian. I don’t really like her, but I think that’s because she was dating Michael Cera at some point and I used to have a crush on him. You have to admit, he’s pretty adorable for someone playing a sensitive geek over and over again.

3. A new Dean of Medicine

Cuddy’s shoes won’t be easy to fill, but, according to Ausiello, House’s on screen boss will be someone we already know, from the following list: Dr. Jeffrey Cole, Wilson, Foreman, Chase, Taub, Dr. Sam Carr or Edward Vogler. Who would you like it to be? Personally, I go with Vogler, House’s sworn enemy. I think it would be fun. 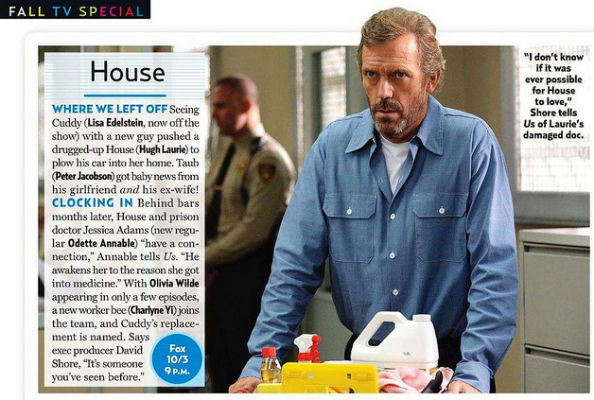 4. This may be House’s last season

There have been many rumors that this can, in fact, be the last season of House M.D. After the annoucement that the show will return for an eighth season, Hugh Laurie talked about his part on BBC’s Radio Times and said that this will be his last year as Dr. House.  “The end of that (eighth) season looks like the end of the show,” Laurie explained in. “That’s as far as they’ve got me for.”  So, clearly, no House, no show. Nothing is set in stone, though, so there’s no need to panic. Yet.

5. The show picks up a year later

I have never been a fan of time jumps in TV shows, so I hope I won’t get disappointed. It appears that season 8 will start 12 months after season 7, giving House time to settle in his prison cell. So everybody will have already dealt with Cuddy’s departure. Who knows what else might have happen in a whole year.

Did we convince you that House’s eighth season will be an interesting one? What do you think? Hit the comments and let us know!

'Once Upon a Time': Are You Excited Yet? | Mole Empire

10 Reasons Why We Will Truly Miss House M.D. | Mole Empire

[…] and millions of viewers worldwide. It had to end at some point. The last episode (ever!) of ‘House M.D.‘ will air on May 21, so we have some time to prepare ourselves. Still, for the true fans of […]