New York Fashion Week Is Just Around The Corner: Follow The Shows Online 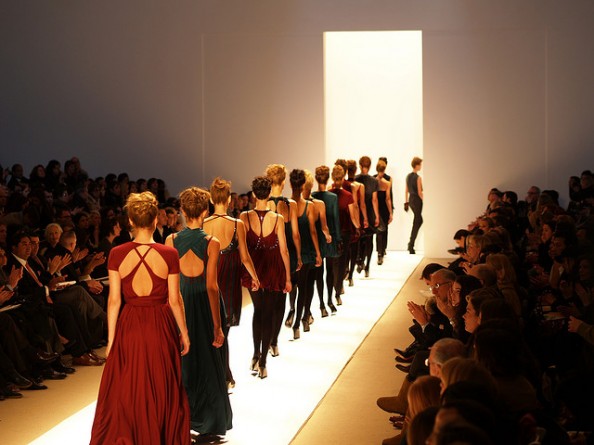 Photo from Art Comments on Flickr/ Creative Commons by 2.0.

Starting tomorrow, September 8th, New York will be filled with more style than usual as New York Fashion Week brings the trends for Spring/Summer 2012 to the public. As usual, designers, models, journalists, bloggers and celebrities are expected to attend the huge media event. All eyes will be on the runway but also on the high street fashion choices of the celebrities.

Highlights of the upcoming week include Marc Jacobs and Calvin Klein on September 15th, Michael Kors on the 14th, Badgley Mischka, Vera Wang and Herve Leger on September 13th, Carolina Herrera on the 12th, Diane von Furstenberg on 11th September, Lacoste on the 10th and of course, a lot more. It’s going to be a full schedule and let’s not forget about Fashion’s Night out tomorrow!

New collections of some of the biggest names and brands in the industry are expected, and if you’re a fashion fan I bet you would do anything to feel the hype of the event. Fortunately, for this edition there will be more live streaming than ever, either on the brands’ Facebook pages or on Youtube. You can watch the runway shows from the comfort of your computer. Here’s an extensive lists with all the coverage (Atlantic time), although most of the shows will be available here.

ELLE Fashion NEXT: 7:30 p.m. on Friday, September 9, at elle.com/fashionnextlive

Tracy Reese: 2 p.m. on Sunday, September 11, at youtube.com/liverunway and tracyreese.com

You can view the whole schedule here. Which designers and shows are you most excited to see?