While you couldn’t blame Insane Clown Posse, for they’ve never had much discernment or even cared to produce anything of quality, this time Jack White can be accused for adding his contribution to one of the most useless releases in the recent history of music. 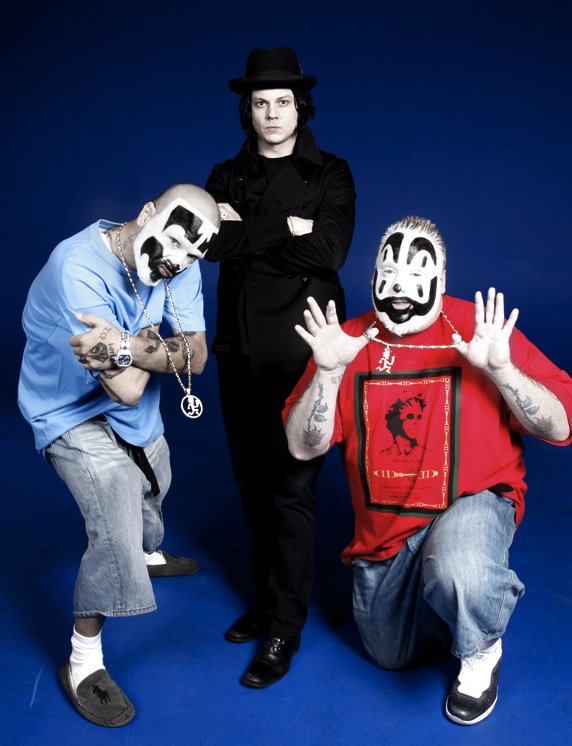 Yes, Violent J and Shaggy 2 Dope are collaborating with half of the White Stripes, every mother’s favorite son-in-law, Jack White. Not only the song sounds like a bad joke and it’s filled with ICP’s characteristic 2nd grade toilet humor, but it’s also paraphrasing a Mozart composition dating back to 1782. And Jack’s actual contribution to the song is simply a guitar riff that could be played by someone who just picked up the instrument a couple of weeks before.

But the best part is that Mozart’s canon for three voices that they’re covering is called “Leck mir den Arsch fein recht schön sauber”, which means “Lick my ass right well and clean”. Yes, it appears that Mozart had an entire catalogue of scatological compositions in the late 18th century, as hard it is to believe. Although, there still are disputes whether they’re actually his or they actually belong to a Czech composer from the same period, Wenzel Trnka.

the lyrics for Mozart’s composition, taken from Wikipedia

Jack White will probably go for the “no one was expecting this, it’s absurd, therefore funny” escape on this, but nevertheless, it constitutes a major flop in his musical career. He probably thinks if Mozart had canons about ass-licking, why wouldn’t he make an ass of himself too?