18 Movies You Shouldn’t Miss This Autumn 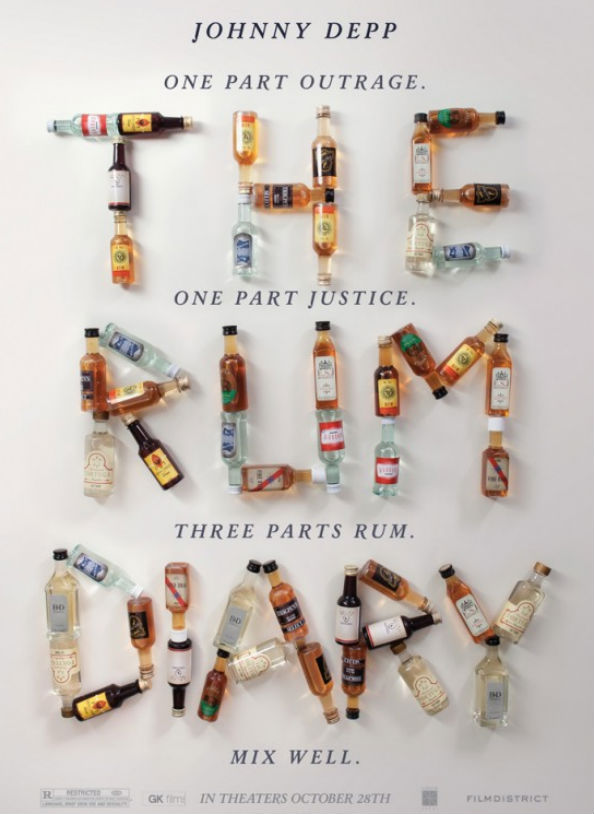 Concerning movies, this autumn has it all: action, comedy and a little bit of drama. You will get to see big shot actors like Brad Pitt, George Clooney, Johnny Depp and Antonio Banderas, you can choose to watch a comedy about cancer or see what Puss in boots was up to before meeting Shrek. Below you have a list with 18 must-see movies, so pick your favorites and mark your calendar!

A Hollywood stunt performer who moonlights as a wheelman discovers that a contract has been put on him after a heist gone wrong. With Ryan Gosling and Carey Mullingan, directed by Nicolas Winding Refn. Premieres September 16.

L.A. screenwriter David Sumner relocates with his wife to her hometown in the deep South. There, while tensions build between them, a brewing conflict with locals becomes a threat to them both. Starring James Marsden, Kate Bosworth and Alexander Skarsgard. Written and directed by Rod Lurie. Scheduled to premiere September 16.

I Don’t Know How She Does It

A comedy centered on the life of Kate Reddy, a finance executive who is the breadwinner for her husband and two kids. Directed by Douglas McGrath, with Sarah Jessica Parker and Pierce Brosnan. Premieres September 16.

A documentary on the band Pearl Jam that marks their 20th anniversary, directed by Cameron Crowe. Premieres September 20.

The story of Oakland A’s general manager Billy Beane’s successful attempt to put together a baseball club on a budget by employing computer-generated analysis to draft his players. With Brad Pitt, directed by Bennett Miller. Premieres September 23.

The Ides of March

An idealistic staffer for a newbie presidential candidate gets a crash course on dirty politics during his stint on the campaign trail. Based on the play by Beau Willimon, directed by George Clooney. Starring Clooney, Ryan Gosling and Marisa Tomei. Hits theaters on October 7.

The Skin I Live in

We already talked about this one on several occasions. A brilliant plastic surgeon, haunted by past tragedies, creates a type of synthetic skin that withstands any kind of damage. His guinea pig: a mysterious and volatile woman who holds the key to his obsession. Directed by Pedro Almodovar, premieres October 14. Starring Antonio Banderas.

City kid Ren McCormack moves to a small town where rock ‘n’ roll and dancing have been banned, and his rebellious spirit shakes up the populace. WIth Kenny Wormald, Julianne Hough and Dennis Quaid, directed by Craig Brewer. Premieres October 14.

Haunted by painful memories and increasing paranoia, a damaged woman struggles to re-assimilate with her family after fleeing an abusive cult. Directed by Sean Durkin and starring Elizabeth Olsen, John Hawkes and Sarah Paulson. Premieres October 21.

A prequel that follows the two sisters who starred in the first films and will supposedly cover the origin of the demon from their childhood. Directed by Henry Joost and Ariel Schulman. Premieres October 21.

The hot-headed young D’Artagnan along with three former legendary but now down on their luck Musketeers must unite and defeat a beautiful double agent and her villainous employer from seizing the French throne and engulfing Europe in war. With Milla Jovovich, Orlando Bloom and Logan Lerman, directed by Paul W.S. Anderson. Premieres October 21.

Paul Kemp is a freelance journalist who finds himself at a critical turning point in his life while writing for a run-down newspaper in the Caribbean. Directed by Bruce Robinson and based on a novel written by Hunter S. Thompson. Starring Johnny Depp, Aaron Eckhart and Amber Heard. Premieres October 28.

In the future people stop aging at 25 and must work to buy themselves more time, but when a young man finds himself with more time than he can imagine he must run from the corrupt police force to save his life. Starring Justin Timberlake, Amanda Seyfried, Matt Bomer and Alex Pettyfer, directed by Andrew Niccol. Premieres October 28.

A story about the events leading up to the sword fighting cat’s meeting with Shrek and his friends. With Antonio Banderas and Salma Hayek, directed by Chris Miller. Premieres November 4.

Which of these movies are you most excited about? Hit the comments and let us know.

[…] thing that we’ve learned from movies, is that you can’t go through a break up without crashing on your couch for weeks (or moths) […]

[…] ‘Extremely Loud and Incredibly Close’, some other movie trailers pop to mind when thinking about making someone feel all warm and gushy inside. Below you have a […]

[…] year’s winner at Cannes Film Festival for best Director, Drive is one of those exceptional movies you want to see over and over again. Not just for the storyline, […]

I am looking forward to he pearl jam, one of my fav bands ever!