Miguel Neiva, a Portuguese designer and university teacher, has developed a graphical code to communicate color to colorblind people, the ColorAdd system. This code is based on the universal concepts of color interpretation and mixture and allows colorblind people to correctly identify colors, hues, brightness and mixtures.

Color Blindness is a congenital alteration provoked by the X chromosome that results on the inability of an individual to distinguish certain colors. There are many types of color blindness and it affects 10% of the world’s male population. A person with normal vision can distinguish between 30 000 colors, a colorblind person can only distinguish between 500 to 800 colors.

Have you ever imagined how a person with color vision deficiency (color blind) deals with seemingly common situations such as buying clothes and matching outfits; or trying to figure out which one of the subway lines (so many times identified by color) will take you to your destination; or even trying to chose the matching furniture for your newborn’s room.

This is what motivated Miguel Neiva to develop the ColorAdd, a code that has basic geometrical figures such as the triangle, the diagonal line and the inverted triangle identifying the primary colors: cyan, magenta and yellow. To these, the Portuguese designer also added the black and white. 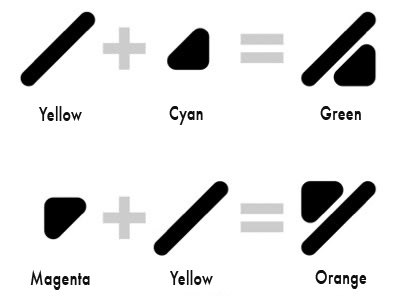 The code is really easy to learn and very cheap to implement and it can be applied in many scenarios like in the clothes’ label, in public transportation maps, etc.

The designer has made it in order for it to be universal, “A sustainable solution of implementing an universal code”.

Imagine how much easier and simpler the lives of people with color vision deficiency could be, this simple code could give more independence and a much more comfortable social integration on various situations where color differentiation is crucial. It’s important to highlight that people that suffer from color blindness aren’t allowed to pursue careers in Aviation (as pilots), in Archeology, Geology, in the Chemical Industry, in the Graphical Industry, in many business related to Finance, in Interior Design or in Fashion. 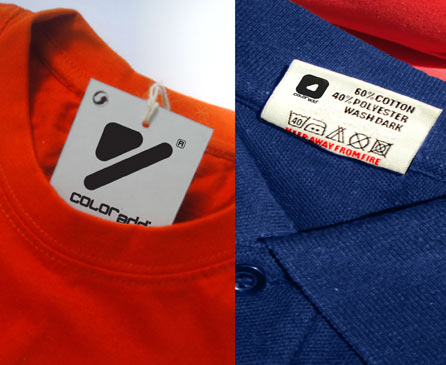 What do you think about this concept of communicating color?