Is Ray William Johnson one of the most annoying faces of the Internet, just next to the Annoying Orange? Might be. Nevertheless, did you know that his channel is the most subscribed channel on YouTube as of September 2011? Yeah. But this year he started uploading videos on another YouTube channel that I really think suits him much better. 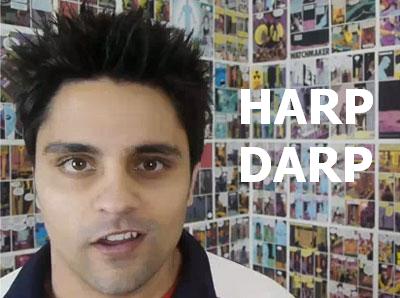 First reason? It never shows his face, since it’s all about funny animated music videos. And the second one would be that his new stuff, when he’s not just commenting on virals, can actually get funny.

You can watch all the Your Favorite Martian videos with this playlist.

How to Pronounce Penis and Other Words | Mole Empire

[…] you stumble on things on YouTube that you might have thought about, but never really believed they exist. The amount of things […]

[…] drama, funny cat videos, Justin Bieber…you can say that YouTube is pretty offertory. Surfing around the above mentioned cat’s video I found some nice 10 […]