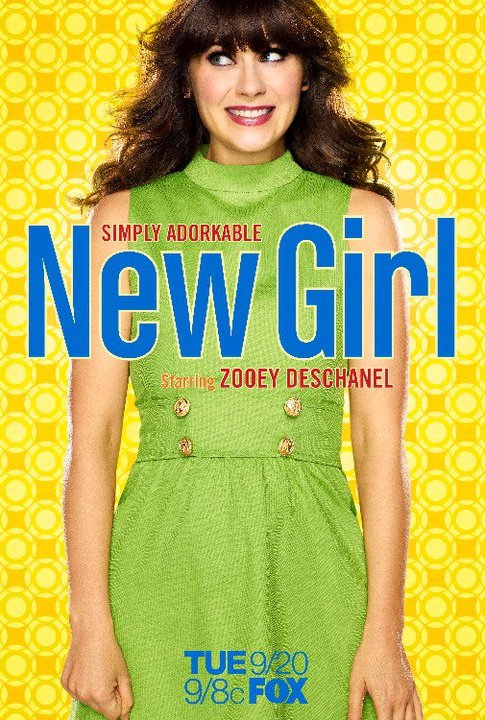 When I first heard about ‘New girl’ I was pretty excited. Not only do we have Zooey Deschanel, who is lovely whatever she does, portraying a woman in her late 20s trying to get over her sudden breakup with her model boyfriend, but the trailer also looked extremely funny.

And after watching the pilot, which aired on September 20 on FOX, I wasn’t disappointed at all. It’s like a twisted ‘Big Bang Theory’: this time, the girl is a little dorky and the guys are trying to make her engage in social activities. Here are four reasons I think you will love it too, if you give it a chance.

I always believed Zooey’s acting is amazing. From her small but powerful role in ‘Almost Famous‘ to her big and awesome role in ‘(500) Days of Summer‘, I honestly never had anything bad to say about her. And in ‘New Girl’, her portrayal of Jess, the slightly clumsy and a bit dorky teacher is really, really funny.

The three guys Jess moves in aren’t a compact group: they are all different, immature men, each with his very own problems and obsessions. Watching them interact will make you giggle.

At the end of the pilot we have an awkwardly funny musical moment. And although I’m not a fan of musical moments, this particular one was amazing. Also, Jess has an obsession with ” ‘Dirty Dancing’, which can be interpreted as being both odd and cute.

This being said, I can’t wait for the next episode. ‘New Girl’ airs Tuesdays on Fox. Are you planning on watching it too? You can also check out this tumblr blog, ‘New Girl Things‘. It has a lot of pictures from the show and from the set of the sitcom.

And if by any chance you want to see the other side of the coin, just be patient, because we have 4 reasons to hate ‘New Girl’ in store, coming soon. Stay tuned!

Featured photo from izkim on Tumblr.