When we play computer games, we get so absorbed and caught up in the gameplay that we don’t actually know what gives us that adrenalin rush and that smooth killing spree. Truth is, most of the times the music is so appropriate that it induces a trance-like state we indulge in. We absorb it, but we never actually listen to the soundtrack. And one of the games with a brilliant soundtrack is Heroes of Might and Magic III. 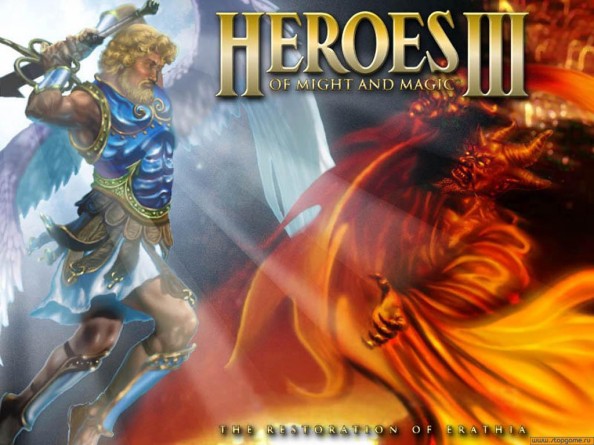 Heroes of Might and Magic is a game that was designed by Jon Van Caneghem and released with the help of 3DO and New World Computing. It’s a strategy based game also known as HOMM 3 or simply Heroes III. The reason for which I drew attention to this game is not because of its reviews. Nor is this a feeble attempt to revive it. It’s an incentive to appreciate the beauty of music even in computer games. Take 5 minutes of your time and listen. See if your favorite song matches your favorite castle.

When we get involved in games, we don’t actually listen to the soundtrack. The sound passes from one ear to another with no obstacle in between. We don’t acknowledge it because we’re too focused on the game. Now, there is no game and it’s for the best; you can get pumped up in real life, you can use that music that’s neither too relaxing or too aggressive to build up some determination and confidence and fight whatever life brings your way. It’s just right to motivate you to fight your way through every Monday.

[…] play games to be entertained. Games provide a form of escape and act as a way to take one’s mind away from the stress of reality, by […]

Top Online Activities Worth your Time in 2015 | Mole Empire

[…] inspiration for visual arts like illustration or graphic design and have provided gamers with some incredible soundtracks. Be careful though – gaming is really […]