‘Once Upon a Time’: Are You Excited Yet? 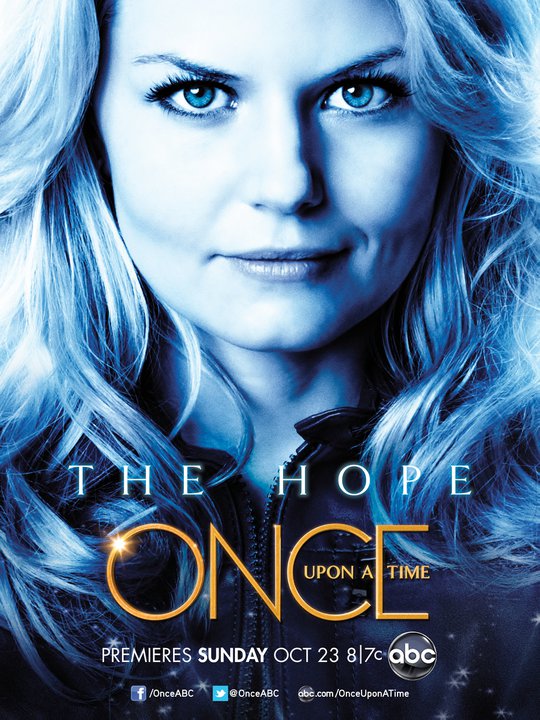 In a time when irony or sarcasm are the main ingredients in most TV shows currently airing, it seems about right to try something different. Maybe that is why I’m excited about ABC’s brand new fantasy drama ‘Once Upon a Time‘, scheduled to premiere at the end of October. With a cast that looks good on paper and a trailer that takes you in a magical world, I think ‘Once Upon a Time’ has what it takes to capture the interest of the audience.

Emma Swan knows how to take care of herself. She’s a 28-year-old bail bonds collector who’s been on her own ever since she was abandoned as a baby. But when the son she gave up years ago finds her, everything starts to change. Henry is now 10 years old and in desperate need of Emma’s help. He believes that Emma actually comes from an alternate world and is Snow White and Prince Charming’s missing daughter. According to his book of fairytales, they sent her away to protect her from the Evil Queen’s curse, which trapped the fairytale world forever, frozen in time, and brought them into our modern world. Of course Emma doesn’t believe a word, but when she brings Henry back to Storybrooke, she finds herself drawn to this unusual boy and his strange New England town. Concerned for Henry, she decides to stay for a while, but she soon suspects that Storybrooke is more than it seems. It’s a place where magic has been forgotten, but is still powerfully close… where fairytale characters are alive, even though they don’t remember who they once were. The epic battle for the future of all worlds is beginning, but for good to win, Emma will have to accept her destiny and fight like hell.

So, are you excited yet? If not, here are four reasons I think you could all enjoy this fantasy drama.

Don’t you just miss Snow White and Prince Charming sometimes? ‘Once Upon a Time’ will shift between fairy tale and the real world, consisting in the town of Storybrooke. I’ve always been curious about what happens after ‘happily ever after’.

I always thought she did a great job on ‘House‘ (great scene from the show below). Not so much on ‘How I met your mother’, but maybe that’s the just because the last season of the show wasn’t that good overall. And once I found out she’s not the mother I kind of lost interest. But back to Jennifer, I really believe she has potential. I wonder if she’ll live up to the viewers’ expectations.

From the producers of ‘Lost’…

‘Once Upon a Time’ hails from two ‘Lost’ producers, Edward Kitsis and Adam Horowitz. Although if you didn’t enjoy the ending of ‘Lost’, forget I ever said this. Apparently, we will once again have to deal with flashbacks, memory loss, shifting between two worlds. I miss that.

Because one world portrayed in ‘Once Upon a Time’ is a fairytale one, I am eager to see the costumes they will come up with. You already had a sneak peek thanks to the trailer, but I’m always fascinated with wardrobe in these sort of TV shows, set in magical, mythical place and time.

‘Once Upon a Time’ poster credit to the show’s Facebook Page.

[…] fall, the ABC drama premiered with a lot of buzz and was set to fill in for Mad Men while the AMC drama was on its year […]