The “Occupy Wall Street” demonstrations have grown out of New York Now and peaceful protests are planned in cities all over the world. Whether this movement will have any impact in curing the corporate greed or whether it will change the way governments act is rather unsure. But one thing these protests have managed is to coin the “We are the 99%” shout. What does that mean? Have a look at these real people sharing their life stories or current situations they find themselves in. 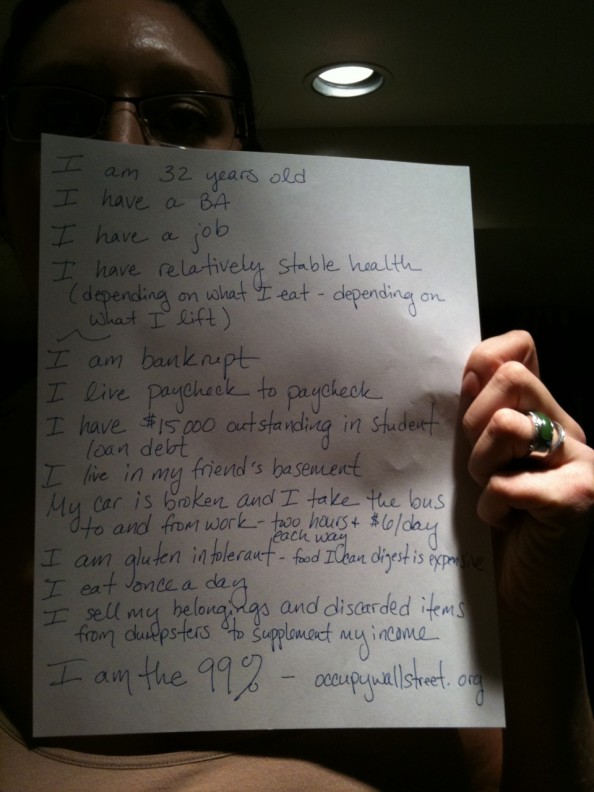 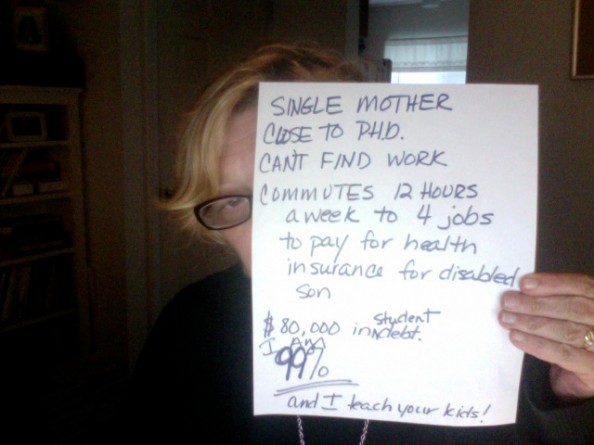 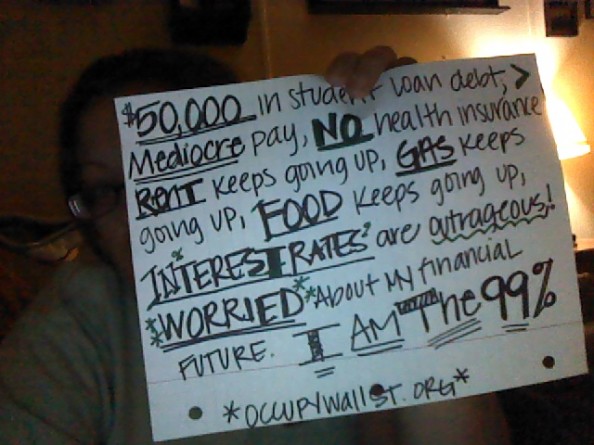 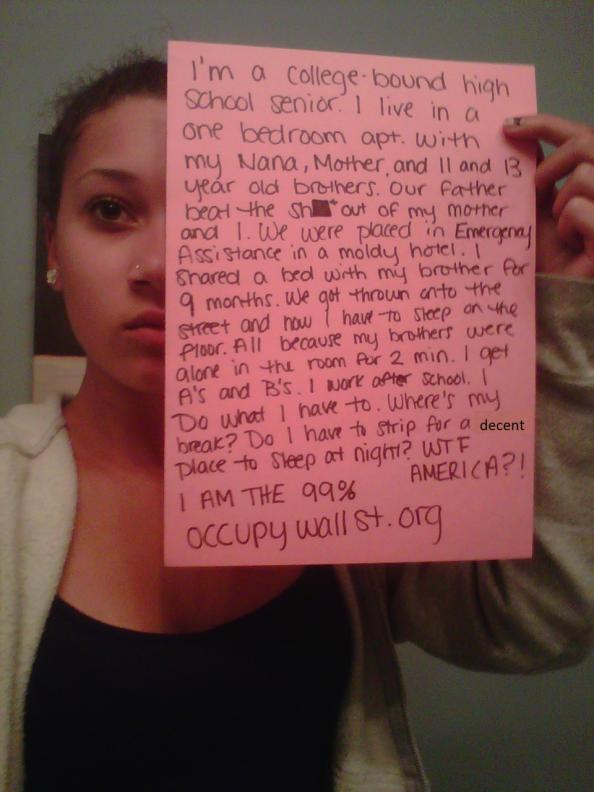 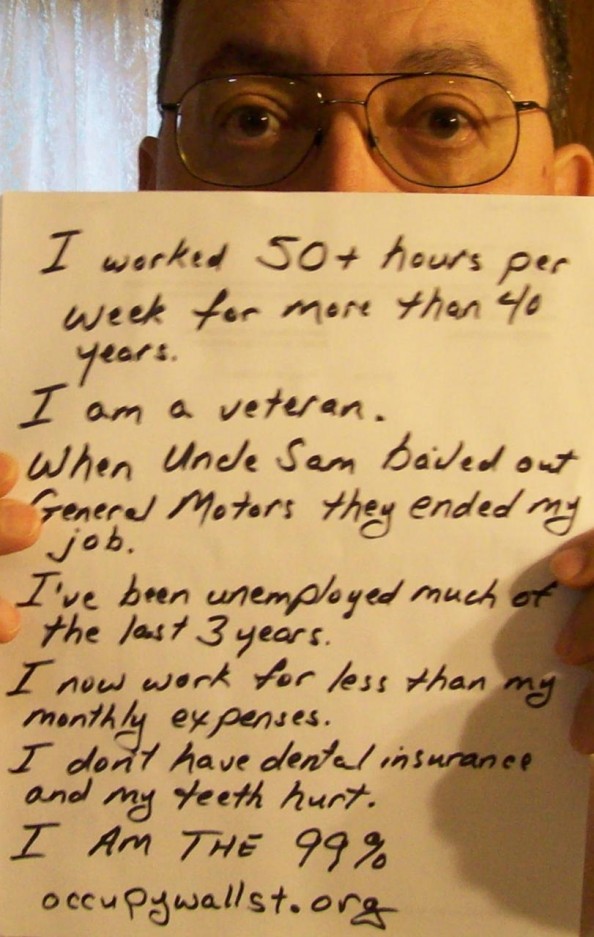 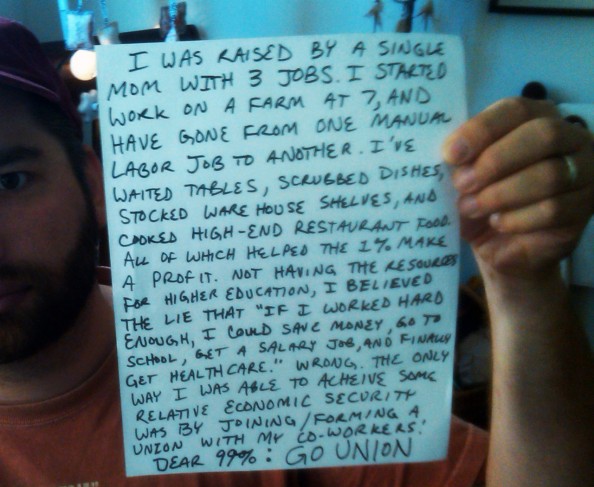 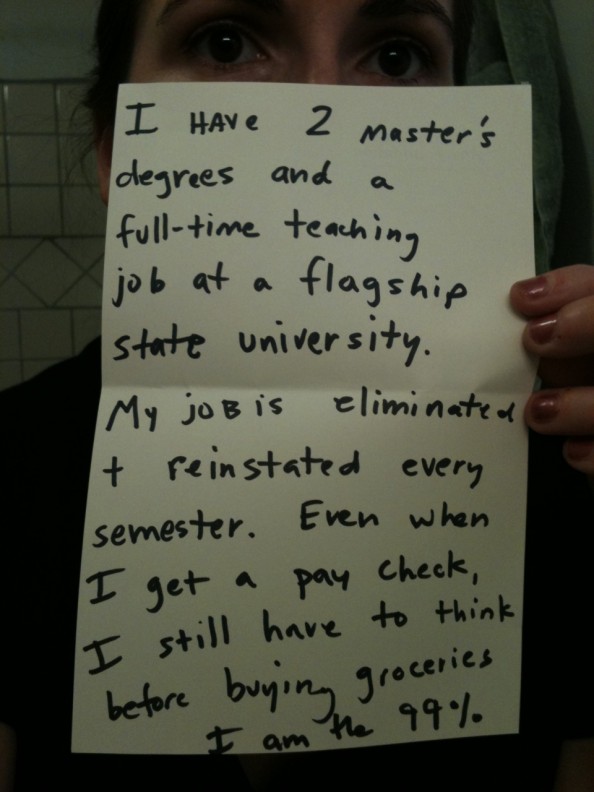 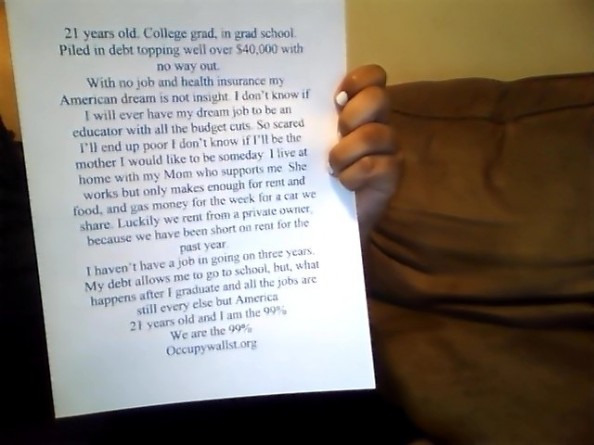 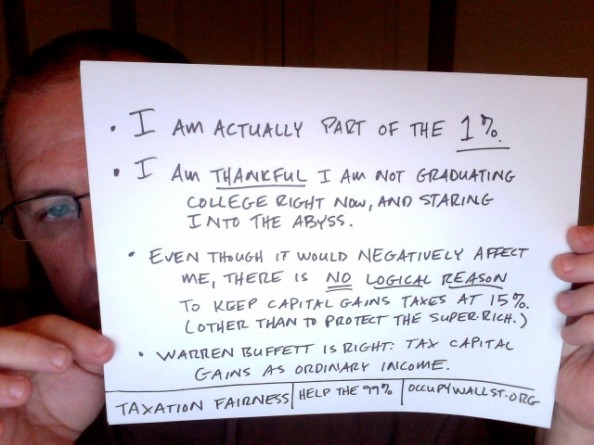 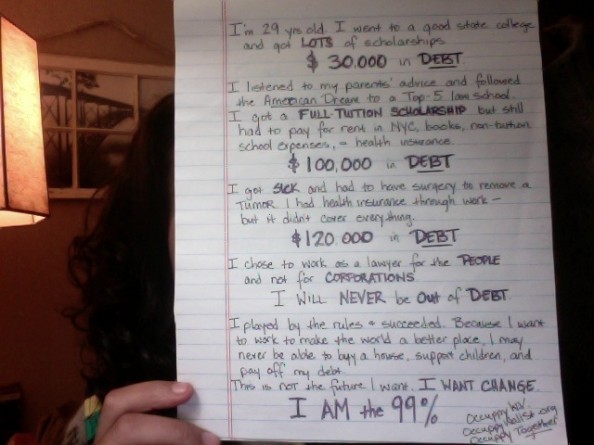 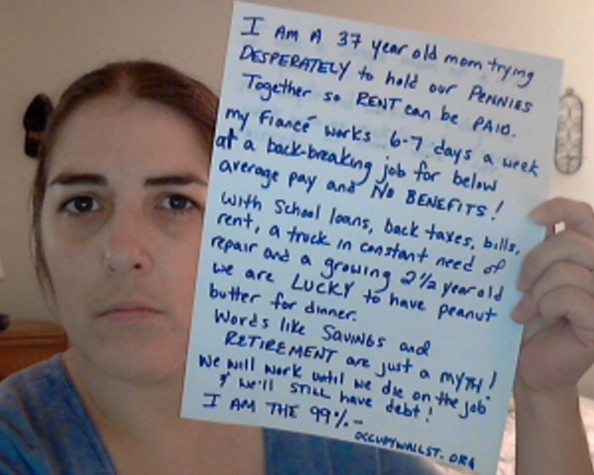 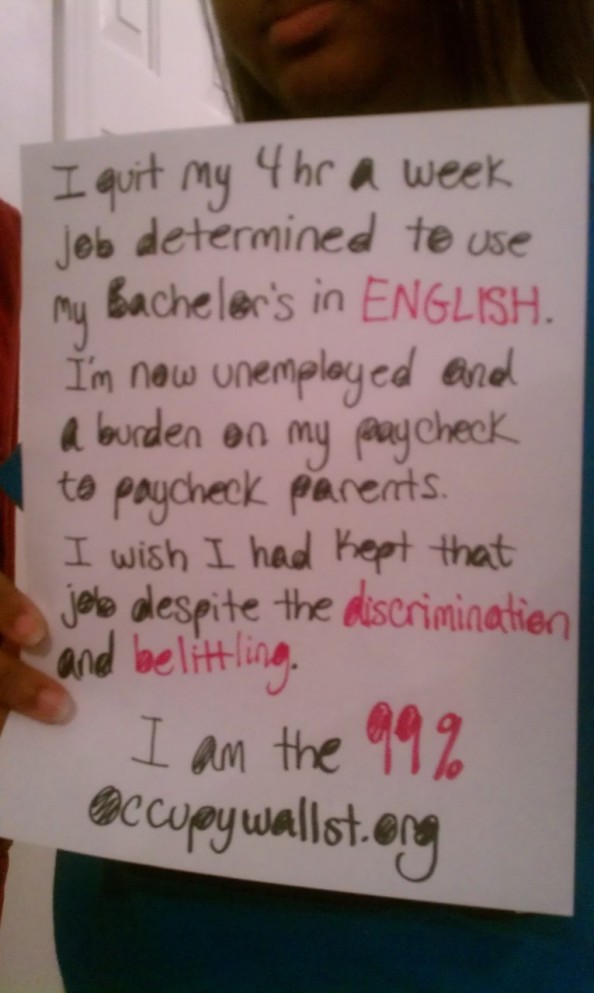 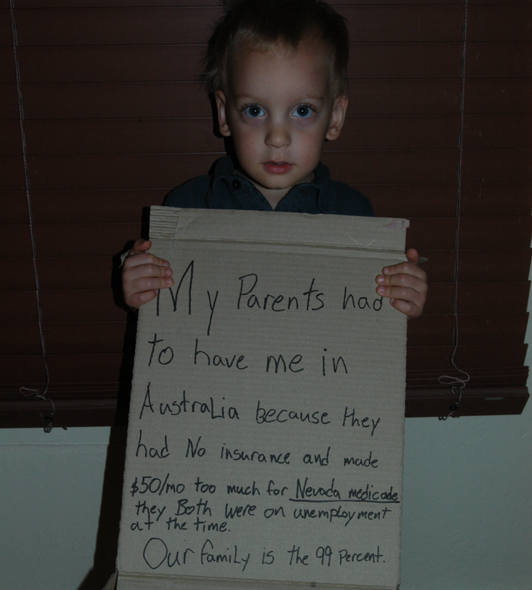 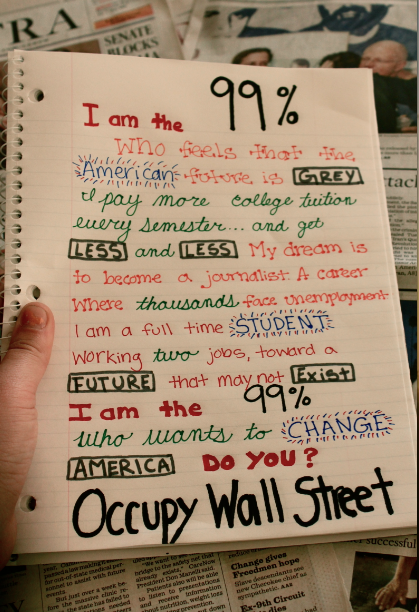 There’s been recent speculation that Occupy Wall Street is, in fact, sponsored by Hungarian-American billionaire, George Soros. And there’ve also been people discovered being paid by the hour to protest. This article, however, does not discuss the nature or the origin of the demonstrations, nor criticize capitalism, as it’s become redundant to do.

One good thing this whole action has surfaced is a mirror to the society nowadays. And seeing these stories of real persons just proves how even what we consider to be the first world is, actually, deeply flawed. The consciousness awakening might have been done now for those who still needed it. Let’s just see where we all go with it now.

Photos from wearethe99percent on Tumblr