Halloween Celebrated Around the Globe

One of the scariest nights of the year is definitely the Halloween night. Whether they’re going trick or treating in a creepy costume or just stay at home and watch horror movies, many people around the world celebrate the Hollow Eve in their own way. 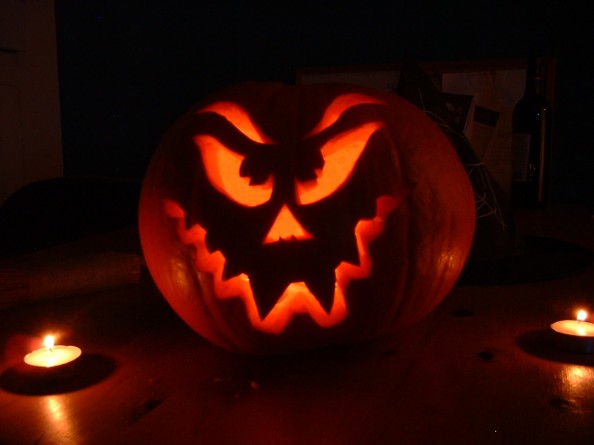 Ireland – Where it all started

The Irish are the ones who actually initiated the traditions of Halloween. After all, Jack O’Lantern is, in fact, Irish! On the last day of October, Ireland celebrates the Oíche Shamhna, which means the November Night in Gaelic. In medieval times this day meant the end of the harvest period.

Even today children accompanied by adults dress in costumes and go trick or treating around their neighborhood. They also light bonfires and play games like apple bobbing, which is when one tries to bite an apple hung on a string tied to a tree or a door frame. Each house has a pumpkin or a turnip carved into an expressive face, which is commonly named Jack O’Lantern. 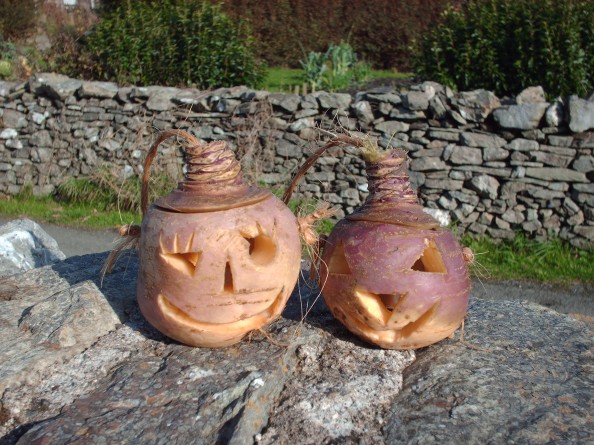 Whether it’s called All Souls Day or All Hallows Day, 31st of October is a lot more peaceful for Brits. They usually stay up late and eat soul cakes and light candles throughout the house so that the dead souls can visit their former homes. In the past century, kids adopted the Irish tradition of trick or treating and wearing scary costumes. Trick or treating is a common habit in Wales, while in Isle of Man, people celebrate Hop-tu-Naa, a Celtic festival, where children carry carved turnips.

In Scotland, people celebrate Shamhain, a Celtic fire festival similar with the Irish celebration. The Scots carve turnips and pumpkins with evil expressions to ward off dead souls and phantoms who, in this night are able to roam the streets until dawn. Children get dressed in creepy costumes and carry lanterns with them while they go treat or tricking. 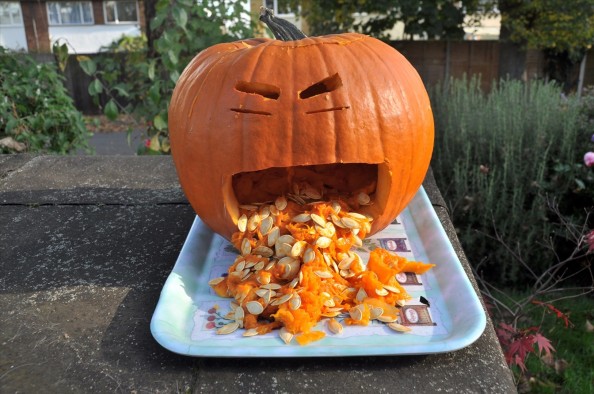 Halloween is one of the biggest and beloved American holidays, when people get dressed in crazy costumes and go out trick or treating for candy. The adults prefer costume parties where they cannot wait to find all the scary decorations most people like to adorn their homes with. Sometimes, they will build a bonfire or a haunted hayride and make weird looking cookies and other sweets for their guests and trick-or-treaters. The carved pumpkins are a regular fixture for every home, the crazier the better. 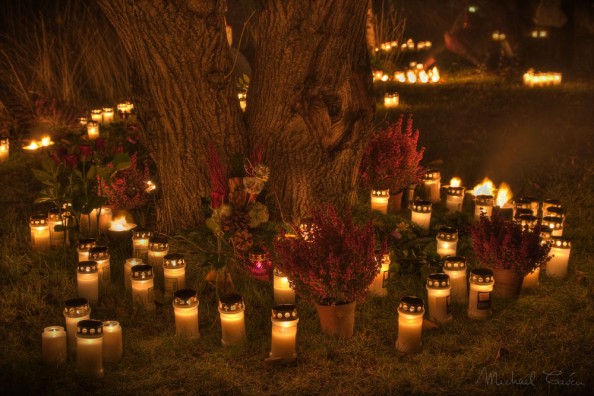 In the Northern European countries, there are many traditions related to the last day of October. Usually people commemorate those who have past away and light candles in their memories. However, in the past decades, children and youngsters from Sweden, Finland or Norway adopted the American tradition of dressing up in costume and trick or treating. 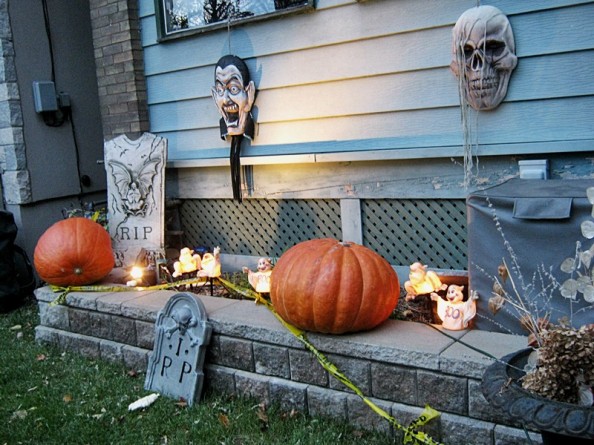 Most Western countries in Europe have adopted the American traditions and in some areas children would go out trick or treating wearing costumes. However, most people prefer to dress up and go to costume parties with unusual decorations. Despite the increasing popularity of these traditions, the older generations are not content with this holiday. 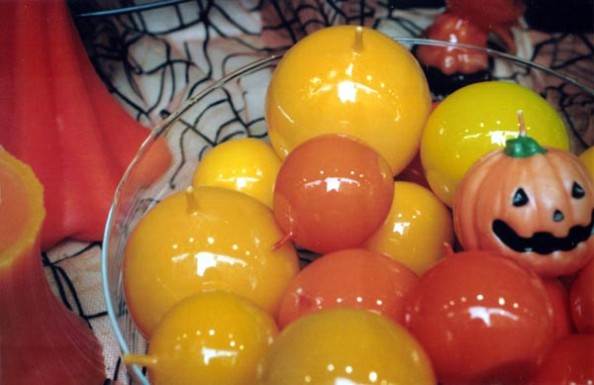 In most Spanish speaking countries Halloween is known as the Day of the Dead. The entire celebration lasts for three days from 31st of October to November 2nd. During this days, families remember their friends and loved ones who passed away and celebrate their lives. In their honor, they build small altars in their homes decorated with photos, candy, flowers and food. Visiting their beloved’s graves, cleaning or decorating them, spending time remembering those who have passed are some of the common activities. Special sweets in the form of skulls and pumpkins are baked. 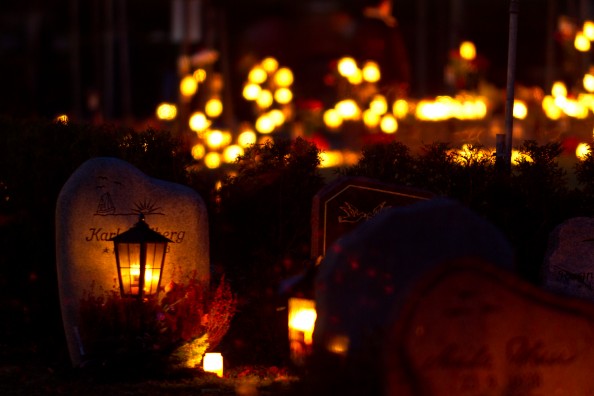 In many Eastern European countries people honor their dead during Halloween by visiting their graves, bringing flowers and lighting candles. In Germany, one hides their knives so that the spirits who visit their homes won’t get hurt, while in Austria they leave out bread, water and turn on the light to welcome the spirits in their houses. In homes of former Czechoslovakia, one places chairs by a fire for each family member, dead or alive. 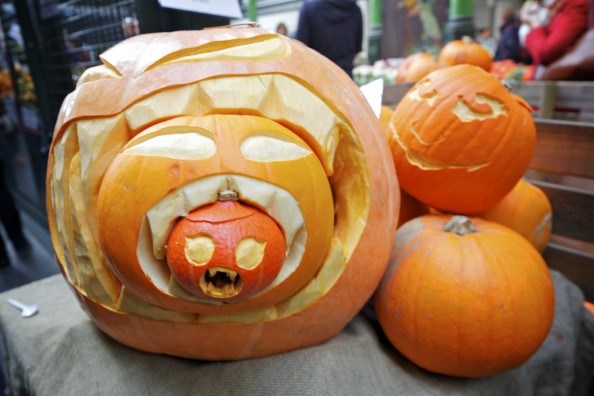 The younger generations of many Asian countries like Japan, Philippines or India adopted the American Halloween traditions, but they are not widely spread, and most elderly are not big fans of them. In Hong Kong, however, the Festival of Living Ghosts is celebrated by offering gifts to the spirits of the dead so they’ll leave them alone.

What traditions do you have for Halloween? Let us know in the comments below.

[…] on the night of Halloween? Or you’re with some friends or family and you just want to add some eeriness to the […]

TV Shows You Could Watch This Halloween | Mole Empire

[…] the Halloween spirit into your heart with a few sitcoms that are very appropriate for a Halloween night! Some were designed to be freaky, others freak you out just for Halloween.  Pick your favorite and […]