High Fashion Available for Everyone in Versace’s H&M Collection

The long awaited Versace for H&M collection has been launched during a glamorous event in New York this Tuesday. Although the line will be available starting November 17th, the idea of clothing designed by Versace becoming accessible to everyone is enough to keep you excited until then.

You’ve all had the chance of a sneak peek into the collection some time ago, so by now you might know that the collection includes the most iconic pieces of Versace, both for men and for women. And since Donatella Versace is all about the glamor and the surprise element, there were some pieces designed exclusively for the show. 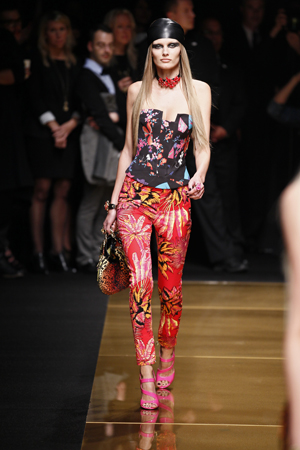 Personally, I find the collection colorful and nonconformist. The most representative signature elements of Versace: leather, disco dresses, studs, gold and silver minis, all sent the audience back in the 90s. Then, there were the vivid, electric colors and diverse prints which ranged from tropical, floral ones, to animal prints. And of course, the men’s collection could only be described as daring, classy and sophisticated, with pieces such as a completely bright pink suit. Take a closer look at the fashion show in the video below:

An event so memorable could only attract an accordingly glamorous audience. New York’s Pier 57 was packed with celebrities like Blake Lively, Jessica Alba, Uma Thurman, Linda Evanghelista, Emma Roberts, Selma Blair, Mark Ronson and musicians such as Prince, Ke$ha and Nicki Minaj. In fact, the red carpet was a fashion show itself, with some celebrities even wearing pieces from the collection. However, all of them were thrilled and pleasantly surprised by the fabulous limited fashion line. 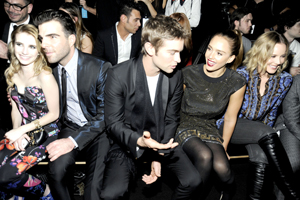 The after-party was held in the spirit of the collection, with a 90s Miami nightclub thematic. Prince and Nicki Minaj’s performance completed the fabulous atmosphere of a truly iconic night in which Italian luxury fashion was embraced by the Swedish H&M chain. 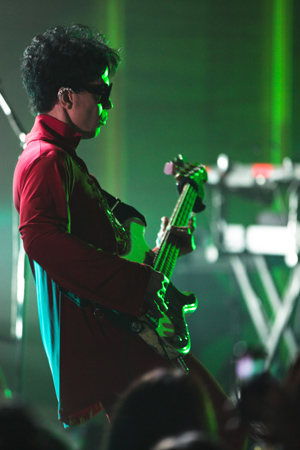 I’m curious whether this kind of high fashion, which let’s face it, is not for those who like to play it safe, will be embraced by the fashionistas worldwide. But after all, it’s the 90s and Versace at an affordable price  – who could argue with that?

[…] shoe rack by investing in something that will help you take a walk on the wild side of fashion. Animal prints like snakeskin and leopard print were big news in the fashion columns in anticipation of SS12. […]