Have Yourself A Very She & Him Christmas 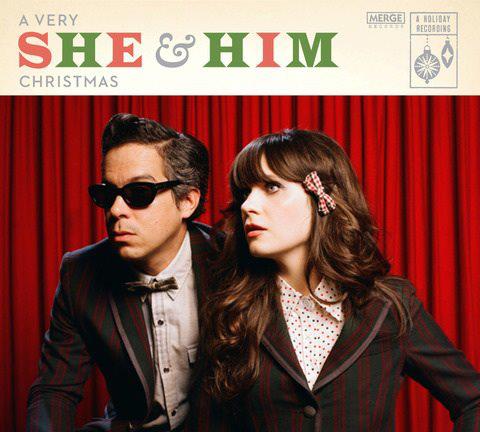 Still searching for that special soundtrack to complete your holiday season? She & Him released a holiday album this year which features several covers of classic Christmas songs. And let me tell you, as a person that is usually fed up with Christmas music by the middle of December, I can’t seem to stop listening to it.

Yes, if you hate Zooey Deschanel you will most likely hate this album too. But if that’s not the case, you will find that her unfussy voice puts a charming spin on some of our beloved classic Christmas tunes, including ‘Have Yourself A Merry Little Christmas’, which I never thought that can sound magical ever again.

The album consists of 12 songs, including ‘Blue Christmas’, ‘I’ll Be Home for Christmas’, ‘Baby It’s Cold Outside’ and ‘Rockin’ Around the Christmas Tree’. Expect sleepy harmonies and no references whatsoever to religion (thank God!) and try to enjoy this album while quietly cuddled up under a warm blanket, with a cup of hot chocolate by your side.

Finally, if you’re looking for some background information, She & Him is an indie pop duo consisting of Zooey Deschanel (vocals, piano, ukulele) and M. Ward (guitar, production). They first met on the set of the film ‘The Go-Getter’, in which the actress had a starring role. She & Him released it’s first album, ‘Volume One’, in 2008, followed by ‘Volume Two’, in 2010. And now they gave us ‘A Very She & Him Christmas’, released on October 24, 2011 under Merge Records.

[…] garlands, reindeers or stars. Christmas decorations haven’t changed that much over the years. That doesn’t mean that we have to satisfy […]

[…] New Year’s Eve is the most important holiday in Japan, and Tokyo is the best at celebrating it. One of the best places to be at midnight is the […]

[…] holiday is almost here and like always presents need to be wrapped, cards need to be sent and carols need to be sung. But what about those moments when you need to rest a bit and take your mind of […]