Alcatraz Is Definitely Not the New Lost 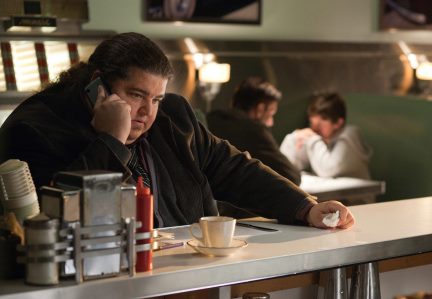 It’s almost impossible not to compare ‘Alcatraz‘, FOX’s new show, with ‘Lost’. After all, we do have J.J. Abrams’ name slapped all over it, it stars Jorge Garcia (Hurley, how you may fondly remember him), it involves an island, flash backs and the same composer is doing the score. But the similarities stop here. While ‘Lost’ was brilliant, frustrating and extremely watchable, all we can say about ‘Alcatraz’ is that it is a decent new show with a lot of potential. It was one of the most anticipated midseason series, but somehow failed to deliver.

Never judge a TV show by its pilot, I thought after seeing the first two episodes of the show which aired together, so I gave it another chance. It still feels like something is missing.

In the early ’60s, the entire population of the prison on Alcatraz Island (guards and prisoners) disappeared, and some of them are popping up in the present. They haven’t aged (I am so having a Richard Alpert deja vu) and they’re up to no good. A task force, consisting in a mysterious agent, a young detective and an Alcatraz specialist is after them. They’re also trying to find out what happened to the prisoners during the years they were vanished. All awesome premises, yes.

The first problem of the show is that, at least so far, is focuses more on the procedural side rather than on the mystery side. And there are a lot of procedurals out there. A LOT. And many of them are a lot better. The characters don’t have chemistry, which I personally believe is crucial for a procedural. In ‘Alcatraz’, Madsen (the cop) and Soto (the Alcatraz specialist) don’t seem to fit very well together. Furthermore, Det. Madsen isn’t believable as a character – she is way too young and… somewhat cheerful for portraying a detective. 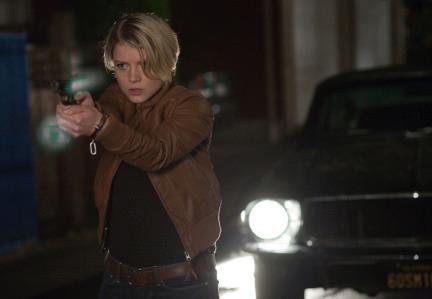 The story also feels a little forced – Madsen and Soto join the super-secret task force almost instantly, without jumping through any hoops. They aren’t trained for it and Madsen doesn’t seem to have any special skills, except runnning after bad guys on heels and having a grandparent as an Alcatraz prisoner. And if we reached this point, let’s be honest – Sarah Jones could use some more acting lessons if you ask me. She just isn’t a compelling main character.

I remember the pilot episode  of ‘Lost’ with nostalgia. It was one the best pilots ever made. After the first 10 minutes I was hooked. And I remained hooked until the very end, although the writers got on my nerves at some point. I had patience, and that’s mostly because of the characters. As Fallon sang it at the 2010 Emmys: ‘The Island it was mythical / but in the end they died / I didn’t understand it but I tried’.

In ‘Alcatraz’, Sam Neill does a pretty good job, and the inmates are interesting, especially Jack Sylvane. Add some more mystery, personal drama and chasing scenes, and, with a little work, ‘Alcatraz’ can get better.  Let’s just hope it does before the viewers lose their patience. Because, so far, ‘Alcatraz’ just feels like that type of show you really want to love, but just end up somewhat liking it.

What do you think of ‘Alcatraz’ so far? Does it have a shot at a second season? Comment below!