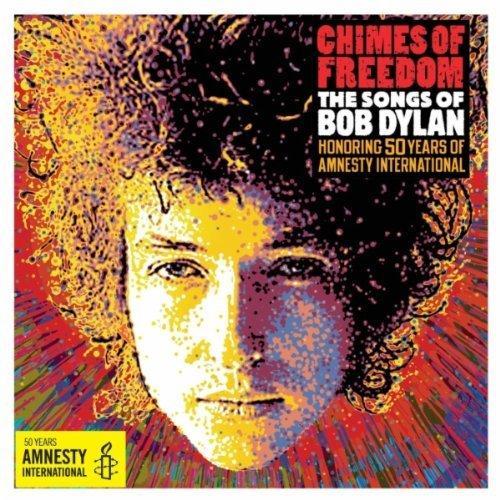 Photo from tuee on Tumblr

To celebrate 50 years since Amnesty International was founded, the human rights NGO released a compilation of Bob Dylan’s greatest songs, performed by more than 80 artists. The four discs album debuted at number 11 on Billboard 200, after its release on January 24 in USA and Canada and on February 6 worldwide. The album is entitled “Chimes of Freedom The Songs of Bob Dylan Honoring 50 Years of Amnesty International” and all the proceeds are going to the foundation.

It’s no coincidence that Dylan’s songs were chosen for this music project. British lawyer, Peter Benenson, founded Amnesty International in July 1961. And, just a few months before, a 20-year-old Bob Dylan made his debut in a small coffee house in Greenwich Village. So, this compilation actually celebrates two anniversaries.

All the artists that were chosen for this project bring their own rendition of some of the most iconic songs in music’s history. From 19-year-old Miley Cyrus to Pete Seeger, who is 92, these songs are recorded by an array of artist of all ages and from all music genres. Expect to find amazing performances by Ziggy Marley, Joe Perry, My Chemical Romance, Adele, Maroon 5, Kesha, Elvis Costello, Sinead O’Connor or My Morning Jacket just to name a few.

Amnesty International’s motto “Fighting the bad guys since 1961” goes perfect with Dylan’s themes of love, liberty, and peace. His songs come from such a variety of genres that they can appeal to a very large audience.

Here are some of the best performances from the compilation:

Ziggy Marley – Blowing in the Wind

Adele – Make You Feel My Love

If you liked the songs, here’s a behind the scene look at the making of this album:

What do you think of this compilation? Which song is your favorite?  Hit the comments and let us know!