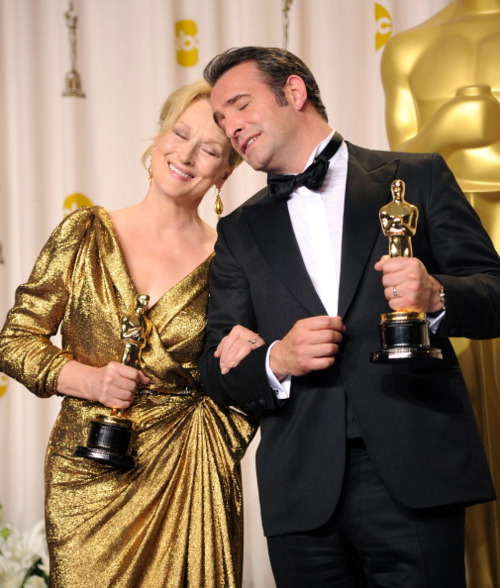 Meryl Streep and Jean Dujardin at The 2012 Academy Awards, photo by abigailtries on Tumblr

Martin Scorsese’s Hugo and silent movie The Artist topped the night with five wins apiece. The Artist brought silence back, being the first silent movie to win Best Picture since 1928. Jean Dujardin won Best actor in a leading role, and Michel Hazanivicius took home the statuette for Achievement in Directing. 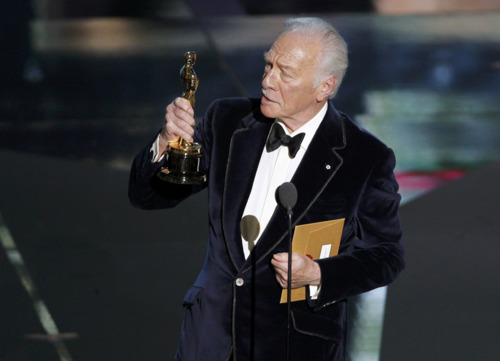 Christopher Plummer at The 2012 Academy Awards, photo by whyilovetoronto on Tumblr

Meryl Streep won her third Oscar at the 2012 Academy Awards. This was her 17th nomination. Also, Christopher Plummer is Best actor in a supporting role, being the oldest actor to ever win an Oscar, at 82. You’re only two years older than me darling, where have you been all my life?, the talented actor asked the shiny statuette. Nice opener. 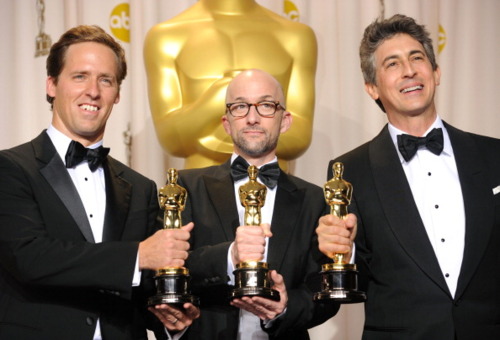 Alexander Payne, Nat Faxon, and Jim Rash at the 2012 Academy Awards, photo by abigailtries on Tumblr

Octavia Spencer was extremely emotional at the 84th Annual Academy Awards – she won Best actress in a supporting role. In other news, Woody Allen, not present, as always, was awarded the Oscar for Best original screenplay, while Alexander Payne, Nat Faxon, and Jim Rash won Best adapted screenplay for The Descendants. The complete winners list below.

What do you think – were this year’s Oscars predictable or were you surprised by Academy voters choices? Sound off in the comments!

[…] lot of stars hit the red carpet on Sunday night, for the 84th Annual Academy Awards. And while many movie enthusiasts were looking forward for the ceremony to begin, fashion addicts […]