The World Unites Against Kony Online 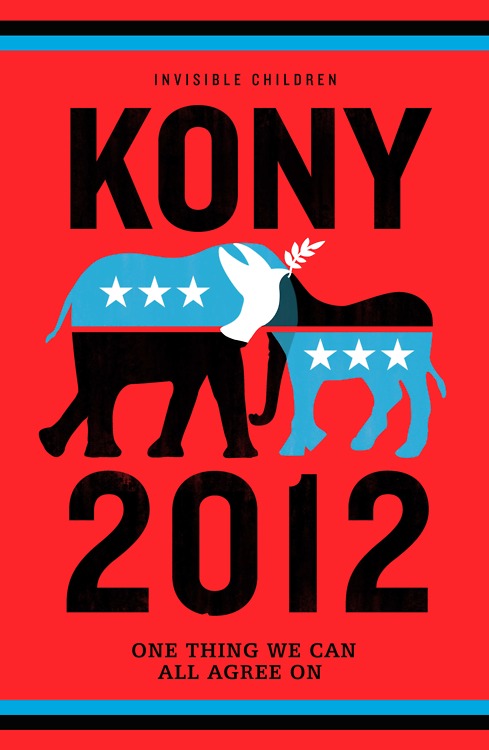 Photo from 4Young on Tumblr

In less than a week the name Kony became worldwide famous with the help of dozens of celebrities and hundreds of thousands of tweets and Facebook shares. However, Joseph Kony is not exactly a celebrity. At least, not in the common sense of the word. He is one of the most dangerous warlords in the world, who, for more than two decades has kidnapped over 30,000 children in South Sudan, the Democratic Republic of Congo, and the Central African Republic. In 1987, Kony became the leader of the rebel group Lord’s Resistance Army (LRA) in Uganda and since then he’s forced children to fight in his army, and encouraged his men to rape and murder millions of people.

At the beginning of last week, Jason Russell, the co-founder of the ONG Invisible Children, posted a 30-minute You Tube video about the atrocious acts of Joseph Kony. His foundation has been fighting to end the use of child soldiers in the LRA affected communities. This latest project, entitled “Kony 2012” aims to make the African warlord famous worldwide, and to encourage his arrest and the stopping of his rebel group.

The moment the video was posted, last Monday, it became viral, with the help of celebrities from Oprah and P. Diddy to Justin Beiber and Will Smith. Even Microsoft boss, Bill Gates, and President Barack Obama praised the campaign. This idea of making such a dangerous criminal a worldwide famous person is definitely a new one, but the question is – will it work? That is yet to be seen. So far, the reactions have been mostly positive and even movie mogul, Harvey Weinstein, expressed interest in buying the film.

What do you think about this campaign? Watch the movie below and sound off in the comment section.