A Scream Worth $120 million 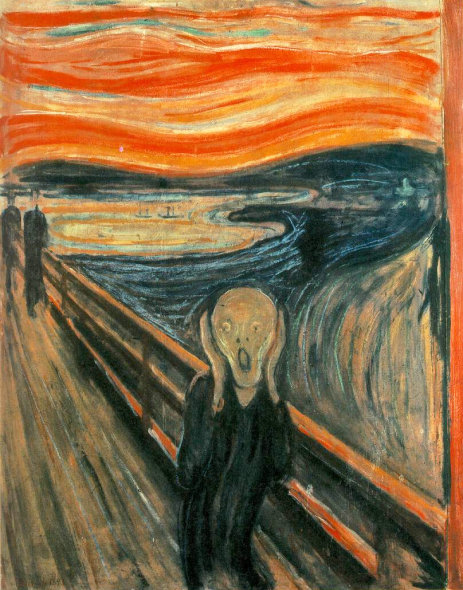 Photo from The Poppy’s by the Tree Killer on Tumblr

“The Scream” is actually a pastel, just one of the four pieces with the same subject painted by Edvard Munch. The other three are owned by museums in Norway and two of them have been stolen in a couple of very high – profile art thefts, but were recovered later.

However, the piece sold on May 2 is the only one that has a poem written by Munch on the frame. The artist wrote about what inspired him to paint the famous piece.

“I was walking along a path with two friends – the sun was setting – suddenly the sky turned blood red – I paused, feeling exhausted, and leaned on the fence – there was blood and tongues of fire above the blue-black fjord and the city. My friends walked on, and I stood there trembling with anxiety – and I sensed an infinite scream passing through nature.”

What do you think? Is “The Scream” worth that much money? Sound off in the comment section.

A Tribute to Gustav Klimt: 10 Artworks Inspired by "The Kiss" painting | Mole Empire

[…] painter Gustav Klimt’s 150th birthday by displaying a doodle of the artists’ most famous painting, “The Kiss”. Known as the most representative painting from Klimt’s “Golden […]