Interview with Yasmin Paige on the Mystery of Character Acting 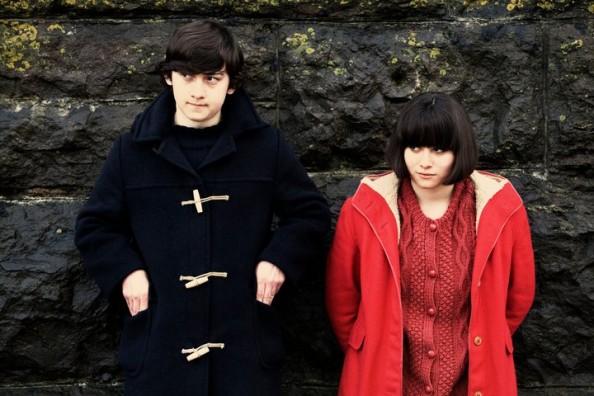 Imagine the following scenario from Richard Ayoade’s Submarine. A young dark-haired girl called Jordana Bevan peers through her Betty-Boop-on-a-good-day-haircut. She wears a long red raincoat that is part “Don’t Look Now” and part “Little Red Riding Hood”. Nobody knows what is going through her impenetrable mind. Maybe Jordana is holding a polaroid camera like she does in the film?

Ok, that seems far fetched in real life. In the movie, Jordana is played by the 19-year old British actress, Yasmin Paige. The dark appeal and delight of this philosophical comedy drama is watching the mischievous and forthright Welsh girl mess with the mind of the young protagonist, Oliver Tate. Paige is unlike a female character in a coming-of-age film like Angus, Thongs and Full-Frontal Snogging,  as she is the type of absorbing character who takes a cinema goer out of the confines of the auditorium. This is the sign of a memorable film.

Paige’s enigmatic performance inevitably brings certain questions to mind. Because Jordana is so unfathomable, what acting techniques has Paige brought to the role? What she has brought to the role is called character acting, which is when an actor or actress play unusual roles in a unique way. When most people think of character acting, they are likely to think of the silent actor Lon Chaney going loopy with a kit full of make-up or just Johnny Depp. Paige proves that in order to play a character interestingly, all an actress needs is to bring something different to the part than what has happened before.

Paige was born in Camberwell in London in 1992, and was immediately immersed in film. The actress explains:

My older brother acts. My mum watches a lot of films. My brother got me into films such as Pretty in Pink or Uncle Buck at the age of 9 or 10. I also went to Thursday and Saturday acting classes.

While the actress was recognizable to younger audiences from her appearance as the tenacious Maria Jackson in BBC series The Sarah Jane Adventures, it took until 2010 when she starred as Jordana Bevan in Submarine to make her known to a wider audience. 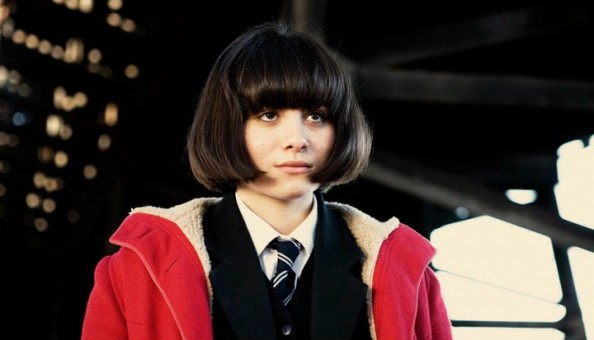 Casting director, Karen Lindsay-Stewart, remembers the process of how Paige was discovered for the role.

For a part like Jordana, which has a young playing age, I’d generally do a search that can include auditioning girls with and without experience from agents. I’ll initially read and tape them, then view and discuss with the Director, short-listing for her to meet them and, in this case, do a final screen test. Lots were chosen because it was a big search, but she was quickly chosen after that.

The part of Yasmin was a specific one, and Lindsay-Stewart recalls:

Richard, the Director, chose her and he had a vision for this role. It’s a wonderful role with many complexities, some confusing. So it had to be someone who could convey all of that. I remember clearly the first time she came in, she immediately brought something to her performance and did an amazing reading. Her Welsh accent was brilliant. Not only had Yasmin prepared the scenes I had asked but she had prepared another of her choosing, showing a different element of Jordana. She’d put in a lot of thought and clearly had an understanding of her.

Paige considers why the character of Jordana resounded with her.

She is a fiery mix and was interesting. I felt like I understood her. Also, a lot of what she’s experienced I’ve experienced.

The character of Jordana, who is detached from her surroundings and fellow classmates, revealed a palpable French New Wave influence. The use of location scenes and an exploration of psychological themes creates what Paige describes as a

disconnected vibe, as Richard wanted to give it a certain feel. The vibe was influenced by a number of different films that he mentioned, including a lot of Christina Ricci films, such as Buffalo 66. I think the style was a lot like that. Richard gave us the idea of gentlemen in duffel coats and said ‘you’re both in a conspiracy’. He’s so supportive and knows what he wants. He is a man of few words but what he says is insightful.

Apart from being influenced by Christina Ricci, Paige reveals that she has been influenced by particular character actors such as British actor Paddy Considine, who also appeared in Submarine as a sleazy motivational speaker. She recounts that she was impressed by the actor’s ability to get into character, and his magnificent mullet in the film.

I wasn’t sure what a mullet was. I had to Google it.

The actress is also influenced by American actor Al Pacino, renowned for his impassioned performances and total absorption into a role.

He’s always had an effect on me. He does completely influence me, and affects me subconsciously. I would also want to be Don Corleone. I would do impressions of him when I was with my mum in restaurants. I’m not sure if she liked that!

Maybe not, but Paige can play a mean 15 year old Welsh girl.

Paige currently appears in the BBC3 comedy series, Pramface, which centers around 16 year-old Jamie’s shock discovery that he is soon to be the father of a child with an older girl, Laura. The actress stars as the condescending Beth Mitchell, a character whose cynical remarks are highly reminiscent of Jordana and is similarly separated from her other peers. She reveals that the comedy series is different to Submarine.

I think, like Richard said, you don’t have to try to be funny. The funniest moments are in the darkest times. The only difference in comedy is that we do silly things.

About the author: Tim Woodward, a 25-year-old student, is based in Cornwall, the land of fantasy novels. He is passionate about any kind of black and white and independent films, classic pop and rock music and lives in a house with people that it’s hard to stop laughing with.

[…] experience of more than 3 decades in combining three different and complex art fields. Adding his passion for acting and his directing skills, he aims to offer a mirror for the viewer or even to inspire something as […]

Thank you for your comment, it’s always pleasing when somebody leaves the time to make a comment. If you are interested in reading more my last piece of work was http://film.falmouth.ac.uk/2012/11/holy-motors/ and my Facebook is http://www.facebook.com/timothy.woodward.58?ref=tn_tnmn if of any interest.