Miss Tutli-Putli, owner of a vintage street fashion blog, mostly based on second hand clothes, strolls the streets of Bucharest displaying  a truly powerful personal style. Colorful blending, over-sized accessories, hats, purses, prints, glitter, lace, spiced up by a strong personality all combine in a truly unique style that has nothing to do with the standards of high street fashion or current trends. She brings the meaning of the word fashionista to a whole new level, taking fashion out of its bounds. Her style is difficult to put your finger on: sometimes it’s minimalist, other times playful, childish, or overwhelming and eccentric, but certainly visually challenging and pleasing. 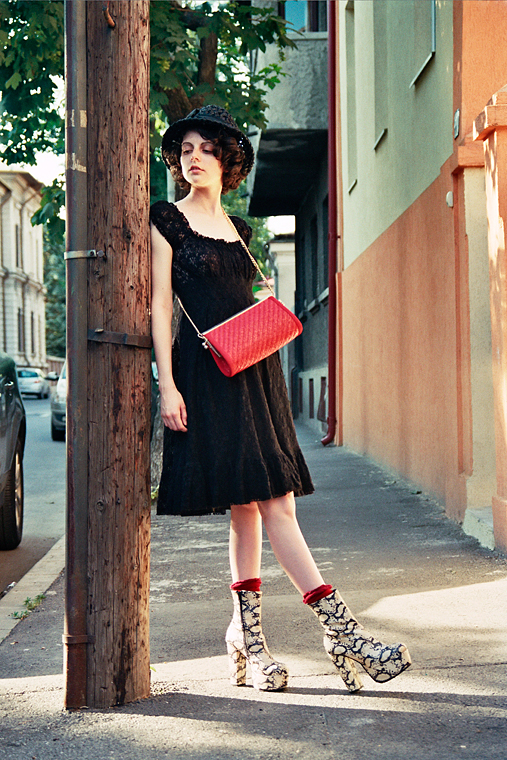 Of course, vintage fashion blogs are plenty, but there is something in the elfin features of Miss Tutli Putli and her natural looks, that distance this particular street blog from mainstream fashion blogs. It shows great attention to detail and striking imagination. That is why we decided we want to do a little interview and find out more about the person who’s “buried in second hand clothes”, as the blog tagline states.

An extremely self conscious person about her choice of clothes with an obsession for second hand shops, as she describes herself, the roots of her passion for clothes come, as the case for many girls, from childhood:

I remember dressing up in my grandma’s clothes when I was little, in silky and glittering gowns, trying on high-heeled shoes and white gloves.

Every girl loves clothes, but in this case, Miss Tutli Putli wanted more than just to display beautiful outfits, carefully chosen and matched, although chaotic at first glance. She wanted her outfits to tell a story.

The idea of a street blog came after following Hel Looks, a Helsinki-based street fashion blog, with which she identified herself.

I wanted to be seen, I felt I had  so much in common with the people photographed on the streets of Helsinki.

However, the choice of starting her own fashion came later:

I decided to start a blog when I felt confident about having something to share with the fashion world, to truly begin a dialogue with it.

Naturally, we were interested in the sources of inspiration of her outfits. Other fashion street blogs, or random people on the street, regardless of their sex, age or appearance are among the things that sparkle the author’s attention. Having such a complex style, she also quotes other sources:

I am inspired by the cities I visit, by the songs that I listen to. For the moment I am hung up on a famous and stylish couple, Sean Lennon and Kemp Muhl. I like quirky models, tall girls with long legs and messy hair. I like men who wear hats with feathers. I always take my inspiration from men’s fashion as well and feel very comfortable wearing vests, shirts and ties. 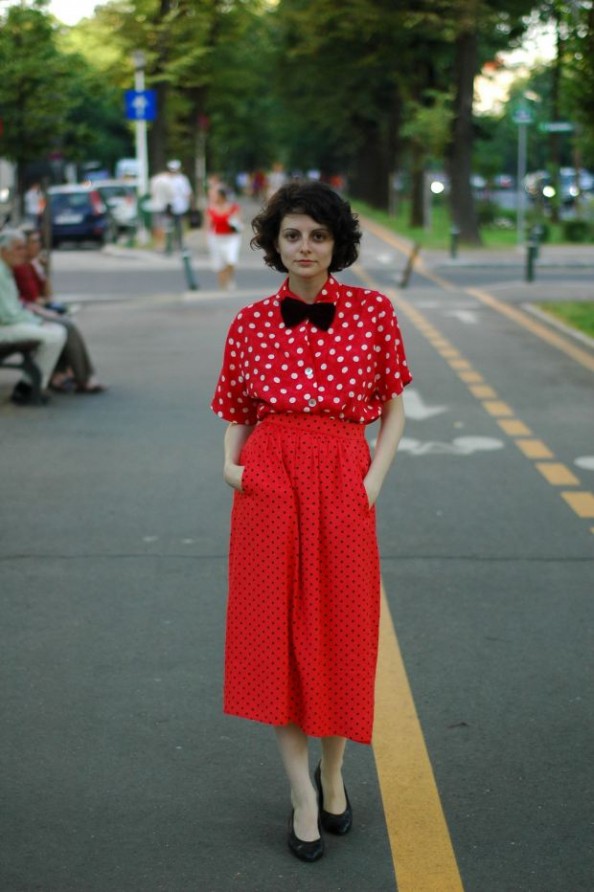 Although we considered Miss Tutli Putli as another kind of fashionista, she refuses to see herself as one. Partly because she does not follow any trends, nor make-up, and partly because fashion can be, sometimes superficial. That is why, maybe her outfits have a sort of timeless appeal, or a time-travel appeal, as she combines both new clothes and second hand clothes in her outfits.

I can’t help myself when I see pretty clothes, regardless of their origin. My style would be limited if I chose to buy only certain types of clothes, be them new, vintage or simply second hand.

Launched not long ago, the blog has already received lots of positive reactions. And it’s not a surprise, since such outfits are a color delight for the eye. The blog has taken a new turn, as the author has stopped posting daily outfits on a regular basis, and is thinking of including some special photo shoots.

I mostly feel flattered when people from different blogs appreciate my style, but also genuinely happy for finding and being found by them.

Named after a short animated movie having the main character Madame Tutli-Putli, the blog features the journey of a girl with a passion for clothes who, just like the character from the movie swings between reality and imagination, but who never takes herself too seriously. 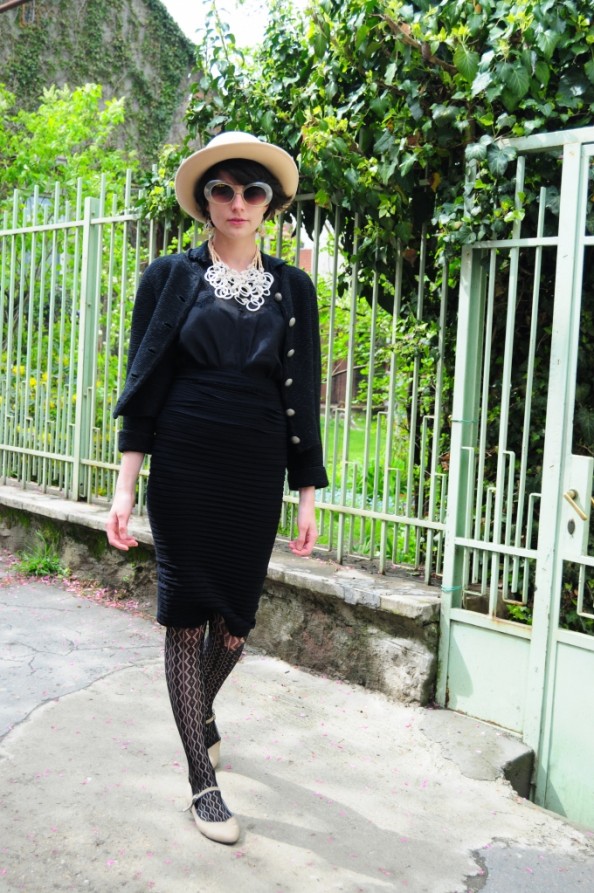 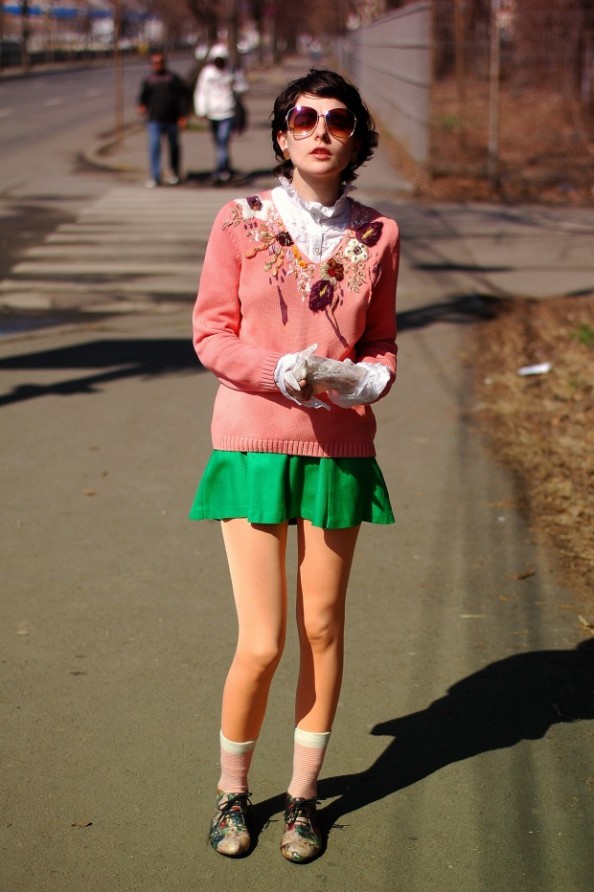 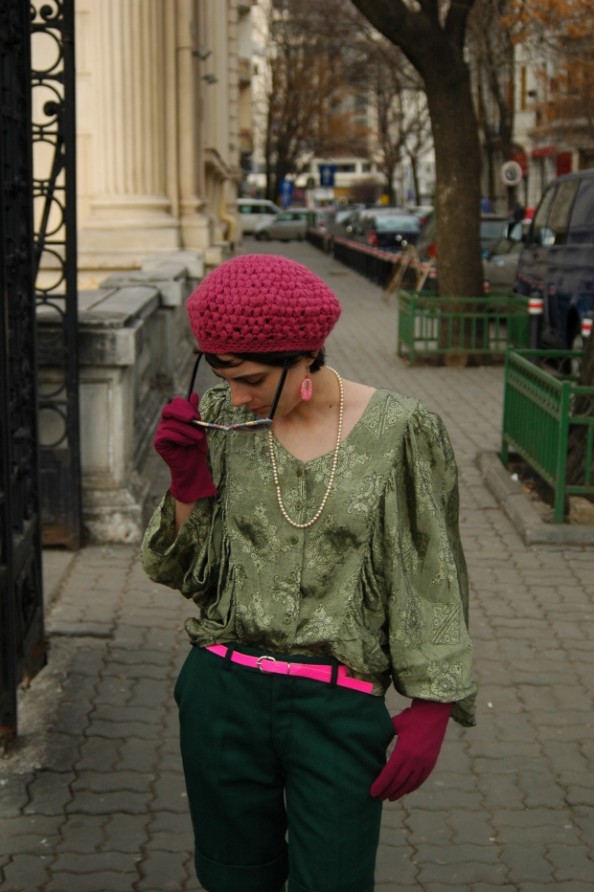 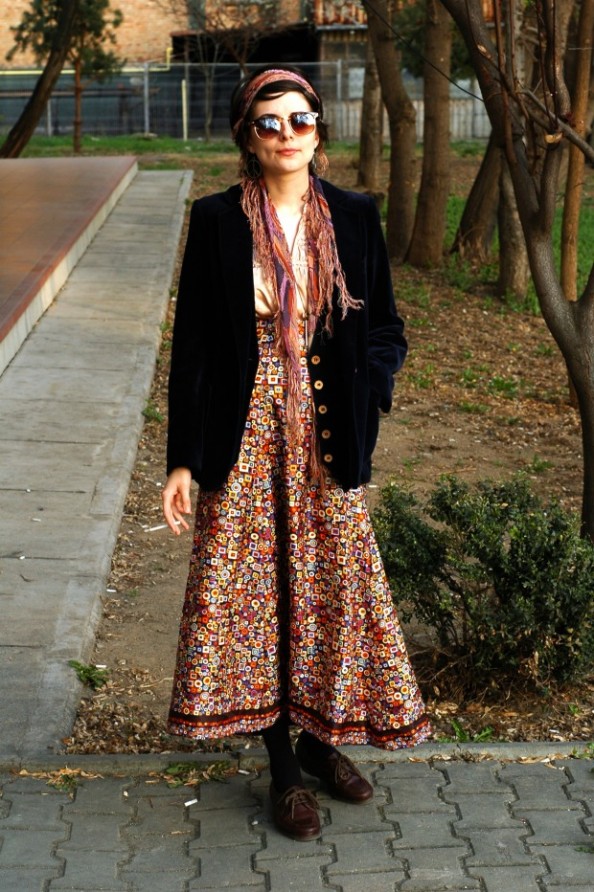 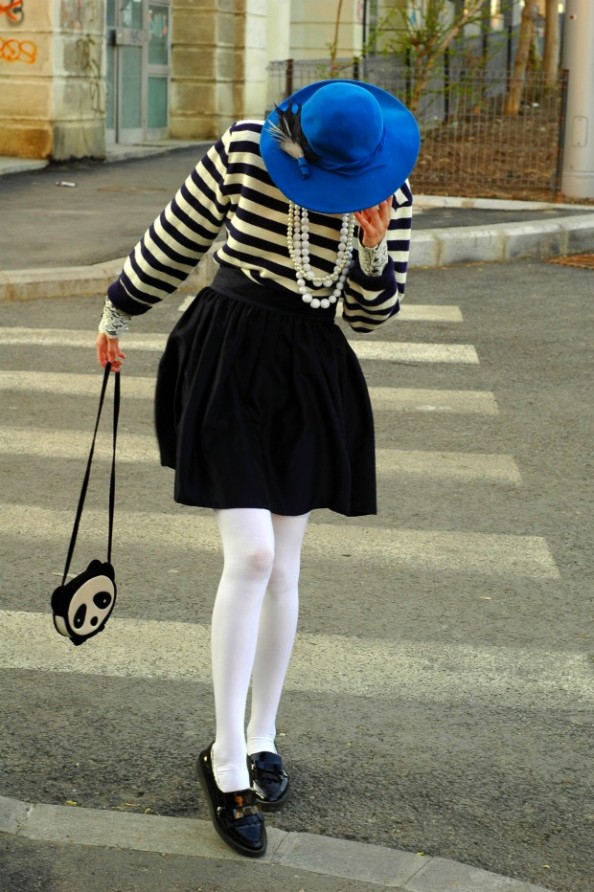 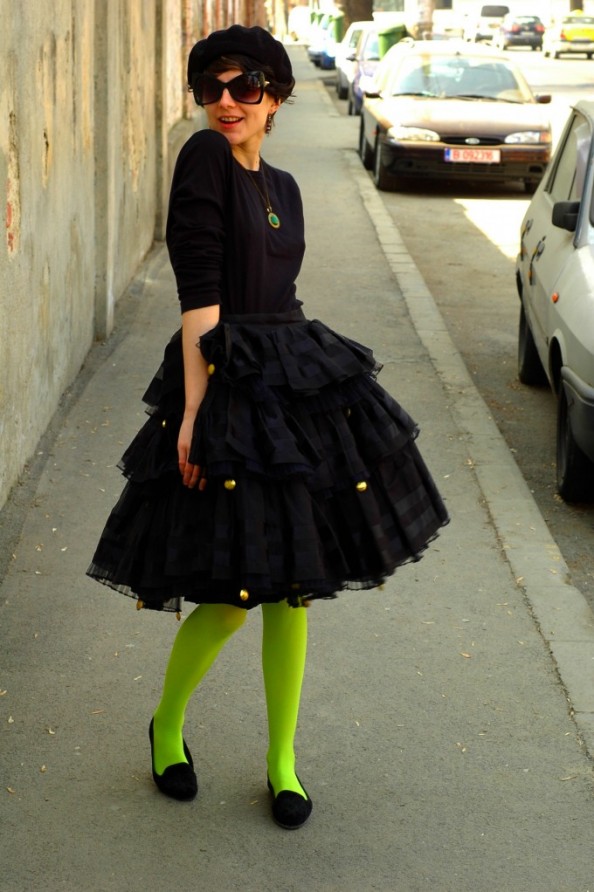 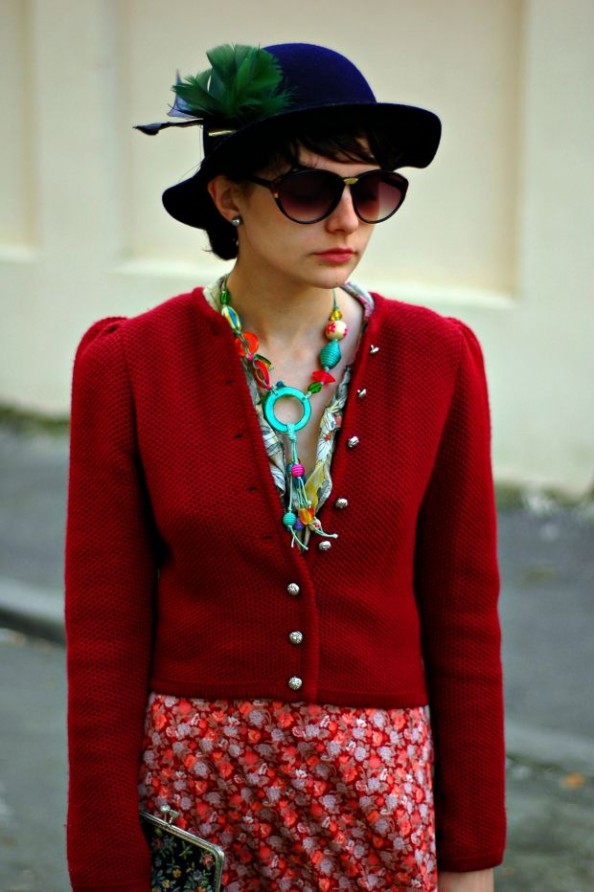 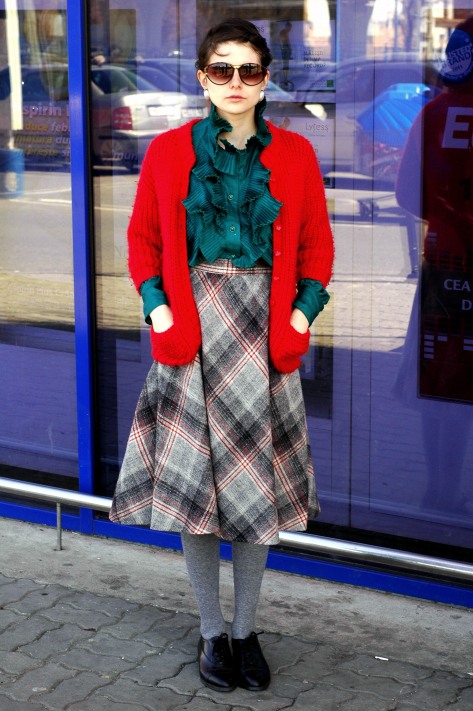 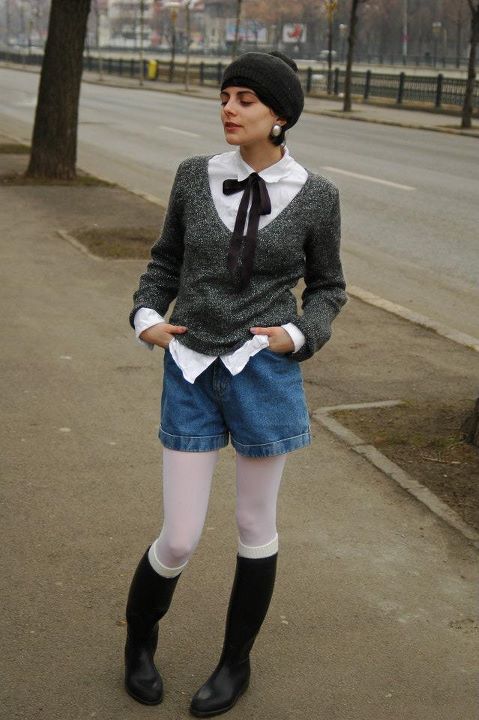 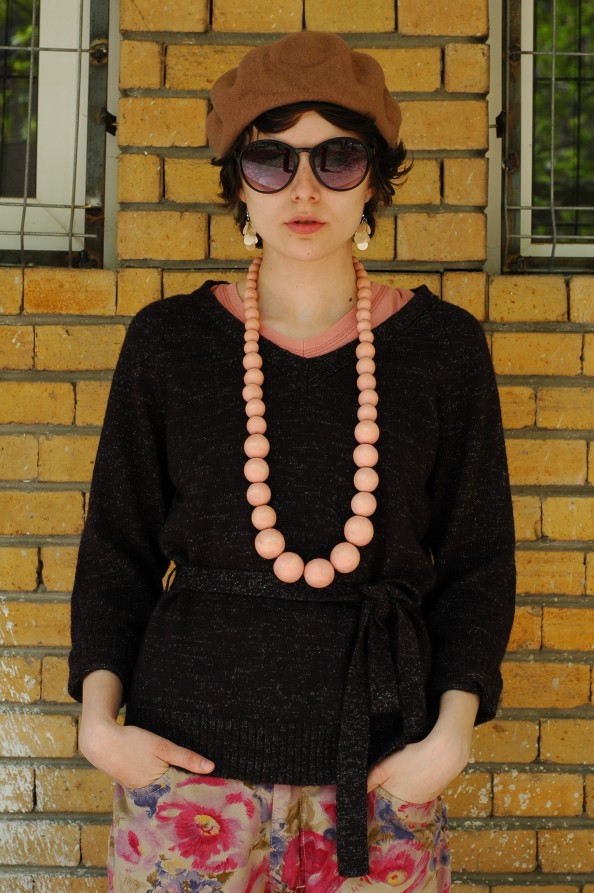