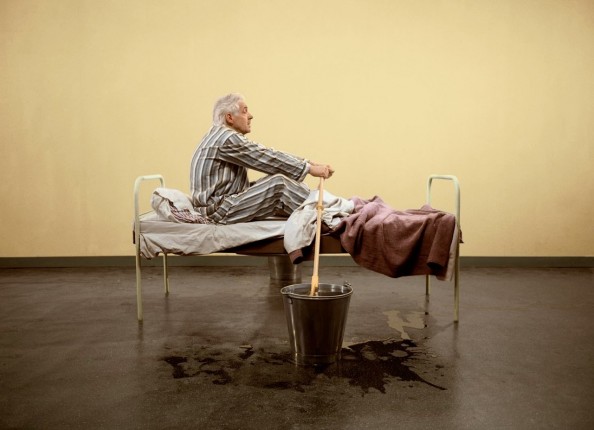 A mixture of photography combined with painting and drawing, Teun Hocks‘s artworks beat the limits of reality, by placing a middle aged character in absurd situations. But besides mastering these three fields of art, Dutch artist Teun Hocks is also a great art director and actor, as the character from his works is he himself.

Curious about his unusual technique, his authentic art in general and his lifelong experience as an interdisciplinary artist, we contacted Teun for a small interview and he was kind enough as to answer.

The artist has an impressive experience of more than 3 decades in combining three different and complex art fields. Adding his passion for acting and his directing skills, he aims to offer a mirror for the viewer or even to inspire something as simple as a smile or a good feeling.

In this way I work  from about 1975. I always searched for a way to be able to combine drawing, painting and photography, and started making attempts in art-school around 1970. Before I came to this way of working I was drawing, painting and making three-dimensional work, highly influenced by pop-art. I always thought that combining the things I liked – painting, drawing, and taking pictures, made me rediscover this old technique (coloring  black and white images with oil-paint). 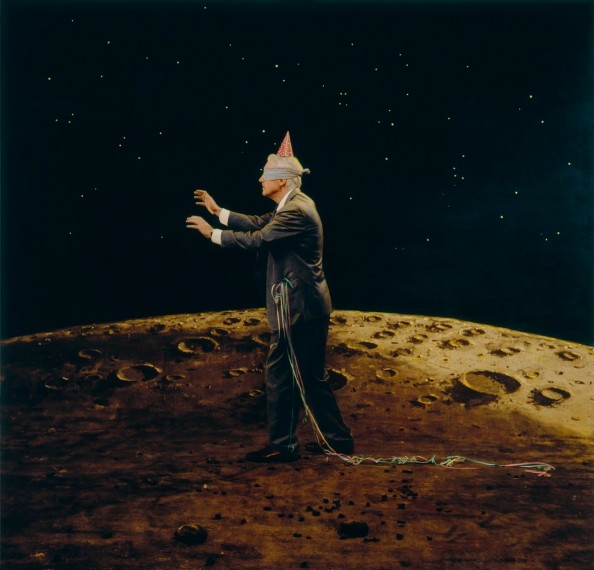 When we asked Teun about  featuring himself in the pictures, he mentioned a practicality reason, and that it’s easier for him to convey what he wants to transmit.

I’m very obedient to the director- that’s me, and I’m not too good in directing other people.

But although he portrays the main character of the artwork, the work is not about him at all, but about the character, who is behaving differently every time. For Teun, the character can be any individual and he wishes that everyone can identify themselves with this figure.

Although the images are original, making one piece takes lots of time and most importantly patience. From generating the idea, to photographing it, processing it and painting it, here’s how this tedious but beautiful and rewarding process takes place:

First, I start out with almost no idea, or vague ones, making drawings of thoughts I have about all kinds of situations that get me dreaming or just are triggering my imagination. While sketching and drawing, it becomes clear to me what my work will look like. The subjects and ideas that appear in my sketches are the ones that keep me busy at that particular moment. I draw with almost no reservation. Sketches may stay in a box or in my sketchbooks for a while, and then suddenly I’m intrigued by one of them, and decide to make a work out of it. I’ll draw that idea again, but more precise, and also start thinking about the colors to use.

After that, I build and paint a setting, check and control everything by making digital photos and comparing them to my drawing.

I create the desired light, take my place and start making Polaroids using a self-timer and a long cable release. There are more reasons to use photography in the middle of my working process, the most important one is that the depicted situation gets an atmosphere as if it all really happened. I think that the image cannot not be very interesting when only painted . 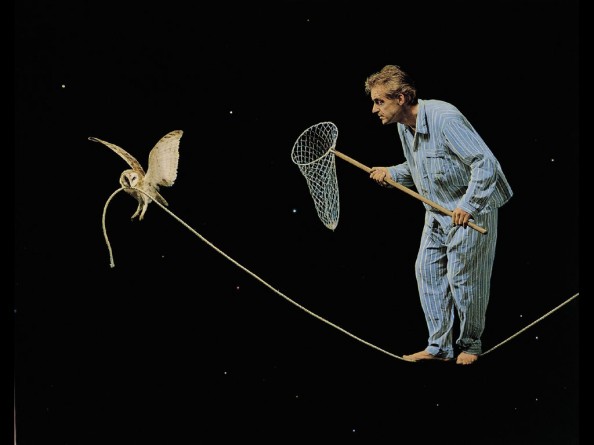 If I’m satisfied with the result I make 8 photos on 6×9 cm black-and-white film. Looking at the contact-sheet I decide which negative is the one to print. If not, I start all over again, until I’m satisfied.

I then make three big black-and-white prints on fiber-based photographic paper, tone them to sepia, glue them on aluminum and start coloring them with transparent oil-paint.

When asked about what determined him to start this series, Teun recalls that when leaving art school, photography was very popular among artist, and this encouraged him to start using it heavily in his work.

Although artistic techniques are evolving and Teun is thinking to use digital or other techniques in his future artworks, he also wants to stick to the analogue hand colored pieces which bear his fingerprint. As for the scenarios, he still has lots of scenarios he’d like to bring to life. The funny thing is that when he started defining his personal artistic style, age is a factor which he didn’t consider:

Making my first pieces, I never realized that aging should play a part in my work later, but now I think it is something that works for me, it makes the image more serious, and more ridiculous also. 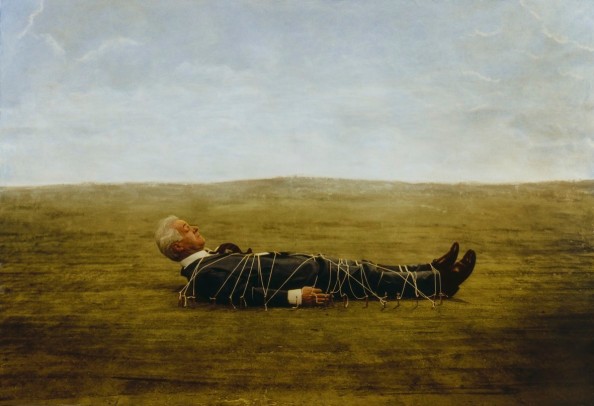 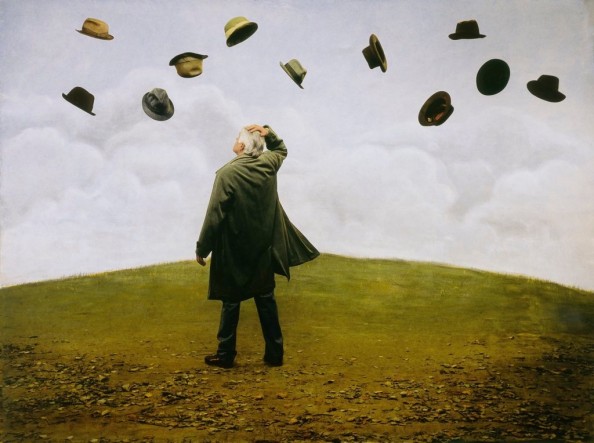 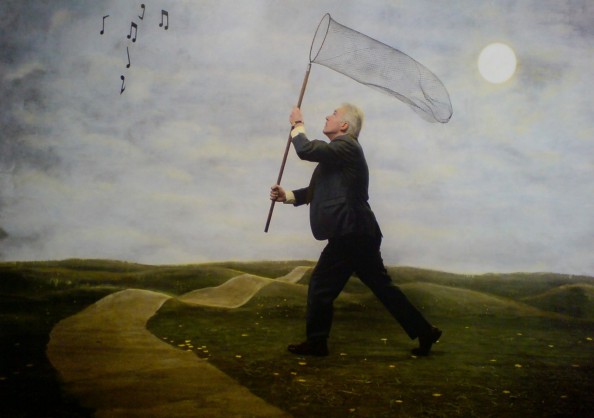 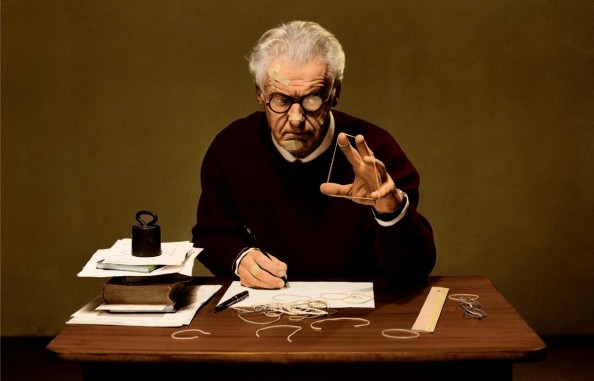 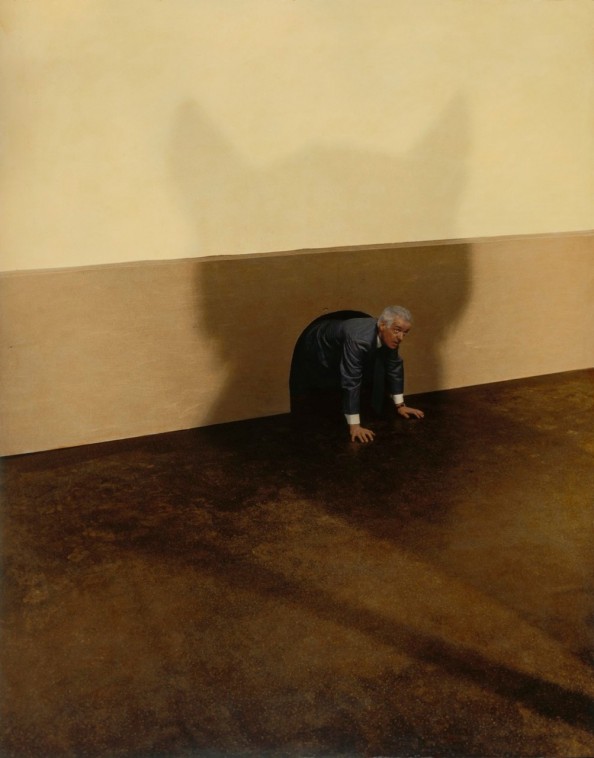 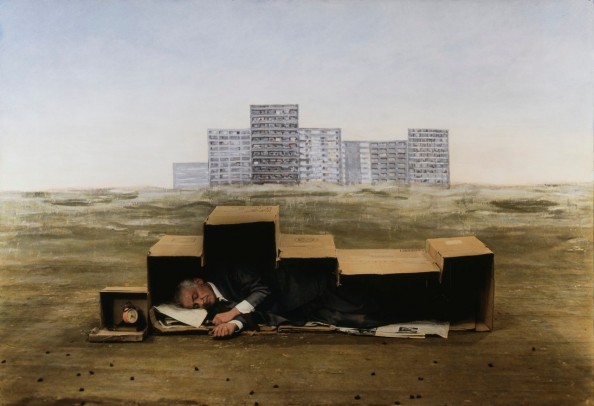 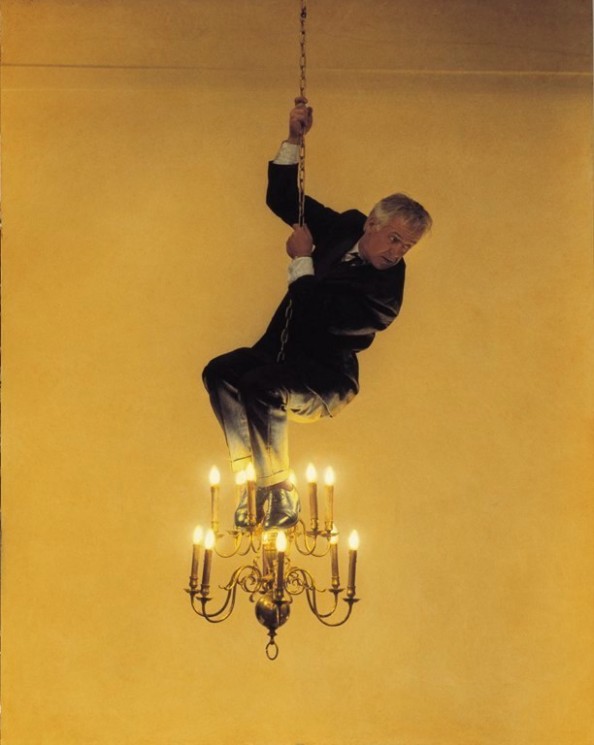 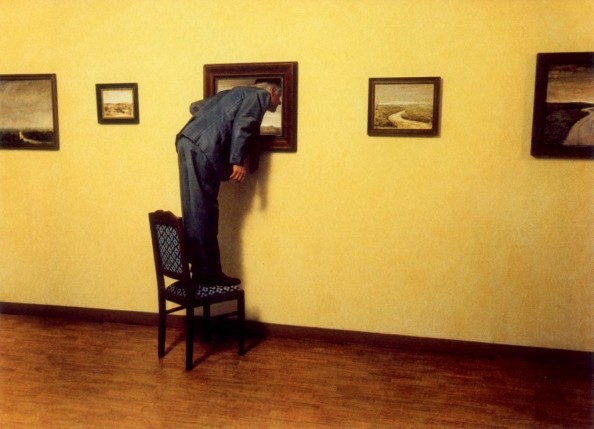 All photos are courtesy of Teun Hocks

[…] one of those photographers whose works capture your attention and transpose you in a surreal world, where people face their fears, where beauty standards are reversed and where your universe is […]

[…] Magnus Gjoen, Mark Powell, and Joe Webb. Their items feature materials such as decorated skulls and 3D painting + gold leaf, proving that innovation is paramount and reflects cyclical themes from the past, […]