A Glimpse of Hong Kong through Pixel Eyes’ Street Photography 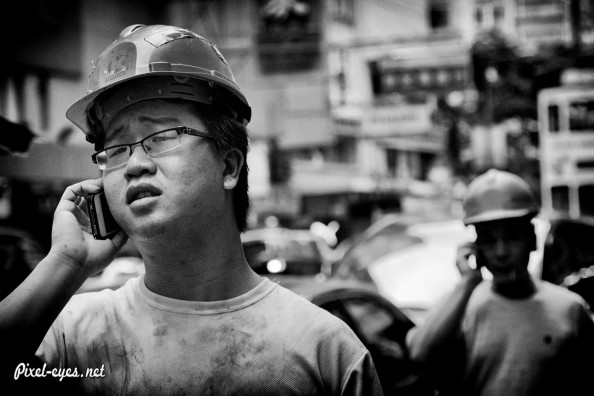 Freelance photographer “Pixel Eyes“, or more exactly Emmanuelle Delattre strolls the streets of Hong Kong with her recently acquired Canon 7D in an attempt to capture the little moments of an animated and fascinating city.

She’s taken photography only one year ago, “by hazard” as she mentions, while she was living in Tokyo and walking through the city. Beyond the wonderful tourist attractions which any compact camera would capture, she started perceiving other aspects of the city- the voices, the buzz, the people, and tried to capture this atmosphere in her photos:

In the beginning I just wanted to shoot some photos of the city, the temples and touristic monuments but I was immediately overwhelmed by the streets, the citizen, the atmosphere of Tokyo. So I tried to shoot photos which could express this entire very special atmosphere. And then, I never stopped!

With a passion for photography and the desire to learn step by step, Emmanuelle started with a Sony NEX-5, which she kindly recommends to anyone who’s considering starting photography on their own. In the meantime she acknowledges the importance of good equipment for this hobby, but she knows that without artistic talent, photos would be successful from only a technical point of view.

Emmanuelle chooses to capture the atmosphere on the streets of Hong Kong only in black and white, because she considers that in this way, the authenticity of the photo is conserved.

We can more easily discover what the photo has to express without being disturbed by colors which can sometimes overlap the emotion. If you decide to take a photo of an entire street with many people there is not a big interest for me but if you shot the faces of only one or two people of the street, with all other streets walkers on the background, from my point of view it’s much more interesting. 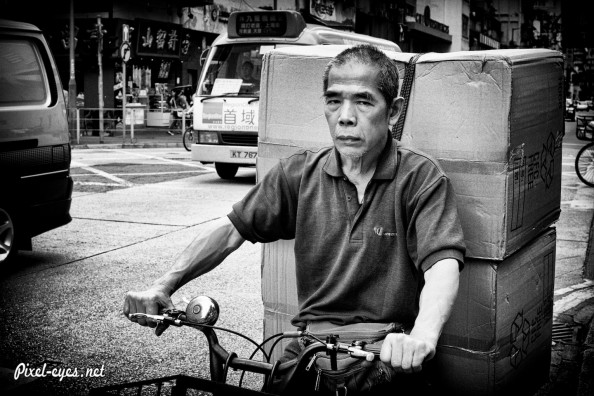 Focused on the individual rather than the street as an entity,  she tries to reveal the beauty of those tiny moments or details which we often fail to observe because of our busy, always on the run daily lives.

With this series I want to share a message. We are becoming more and more an individualist society. We don’t take the time to look around us and don’t see the beauty of these people, of a tiny street, a signage panel… We are all focused on ourselves and our issues or wishes but we don’t take the tame to make a break. I wanted to show that the person sited just close to us or the market we are walking through every days. To open, for a short period of time the possibility for all of us to have a break, to take the time to observe these daily life moments. 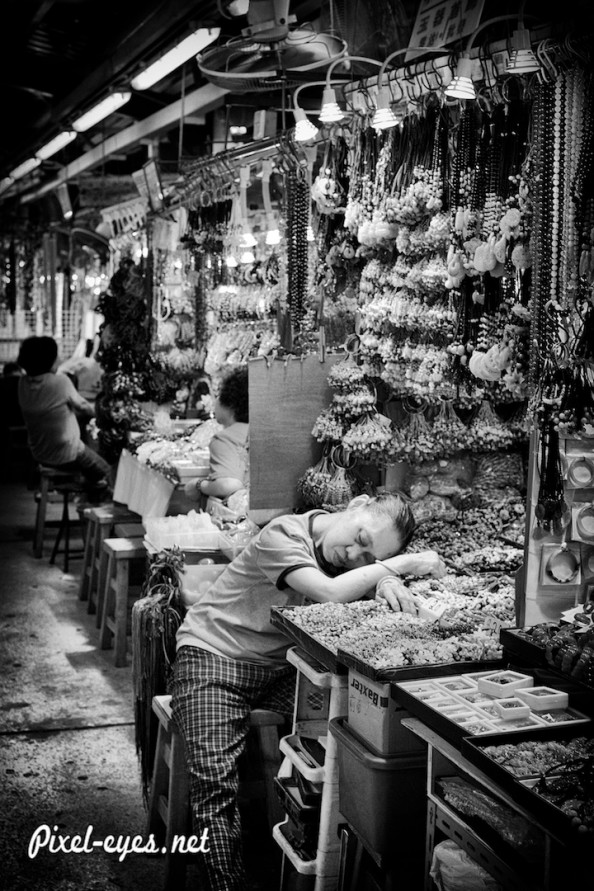 Emmanuelle is a silent observer, she manages to capture the atmosphere on the streets by blending in and photographing without being noticed. Most of the times she smiles, and people smile back,  regardless of the language barrier.

I think it’s more interesting to take the photo of someone when he’s not aware of it. So, you can catch on their faces and into their eyes a more natural expression. I’m not hidden and usually I’m much closer to them. I smile and they often reply with another smile!

After photographing Hong Kong from its small streets to its more popular location, the artist has a feeling about the city, formed as she saw it through her lens.

Hong Kong is a very fascinating city with multiple faces. You can be on a business and finance district, with many businessmen and just on the next street to be in the middle of a market with all the vendors, fisherman, butchers, and the citizens making their shopping. In some places you don’t have the feeling to be in Asia and in other ones, you cannot ignore you’re in China with all the neon lights, the traditional drugstores, with all the Chinese medicine, herbs, dry animals. All these different faces are a part of Hong Kong, are fascinating and I hope are reflected on the photos I took.

Observing and capturing individuals is interesting, but Emmanuelle would also enjoy interacting with them while in the artistic process, and letting them reveal more than the street shows. Street photography will remain however her main focus.

I would like to move further and have more exchanges with people I photograph. Going deeper into their privacy. I would also love to do some more artistic series but with still people at the center of it. With still subjects, the objective is to discover fascinating people we can meet every day without knowing them. Try to make the invisible visible.

We hope we managed to virtually take you through a tour of Hong Kong through Emmanuelle’s photos! For more of her photos, check out her website. 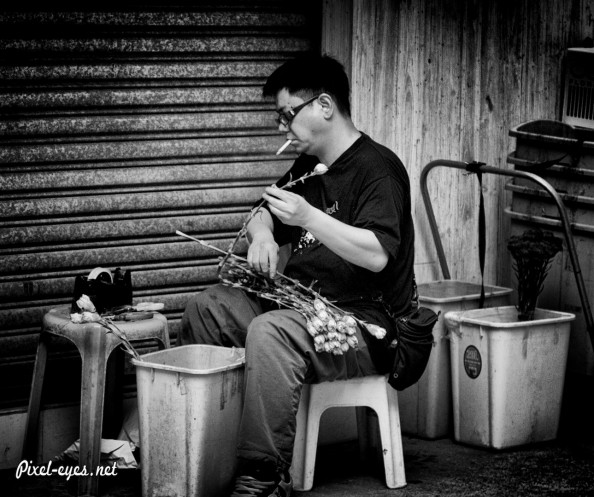 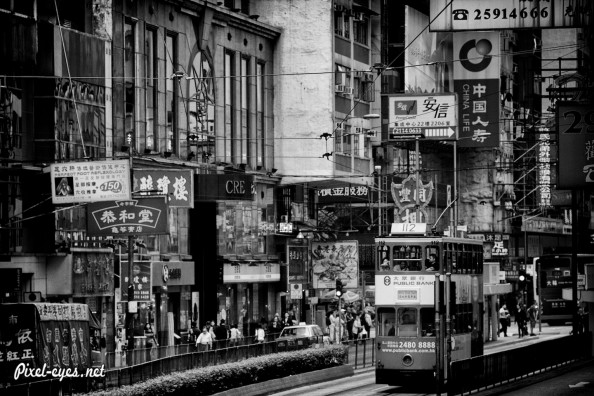 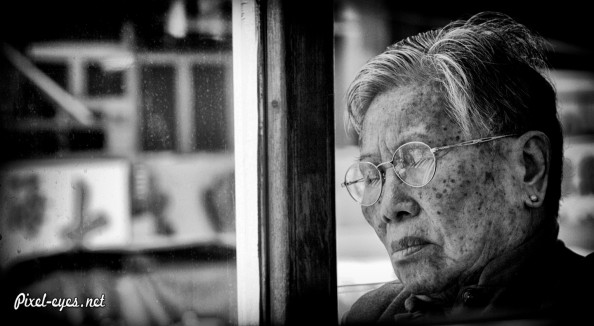 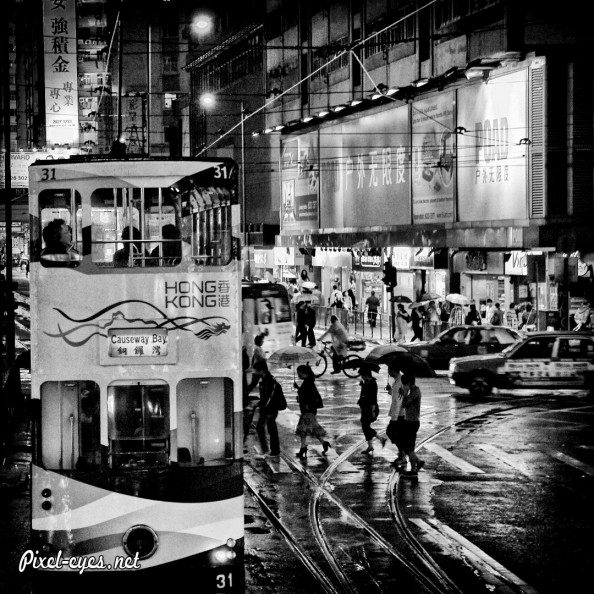 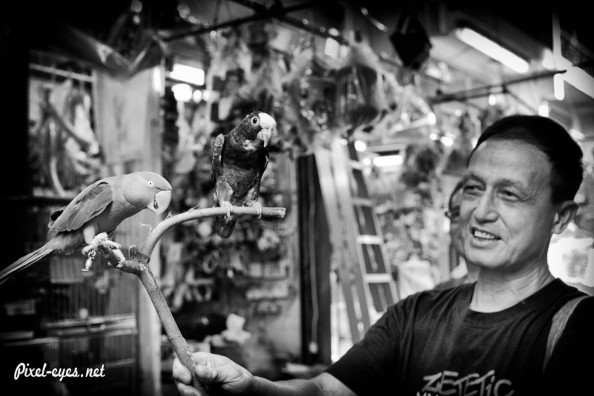 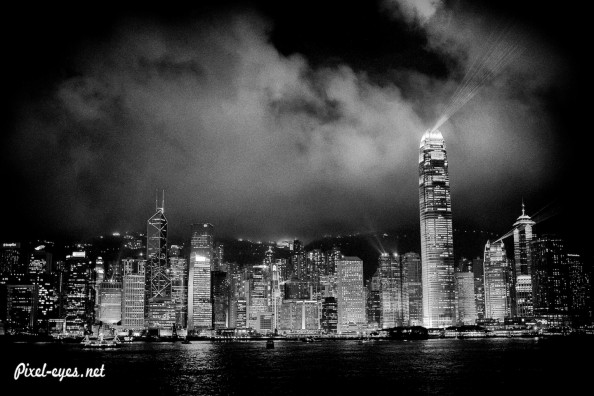 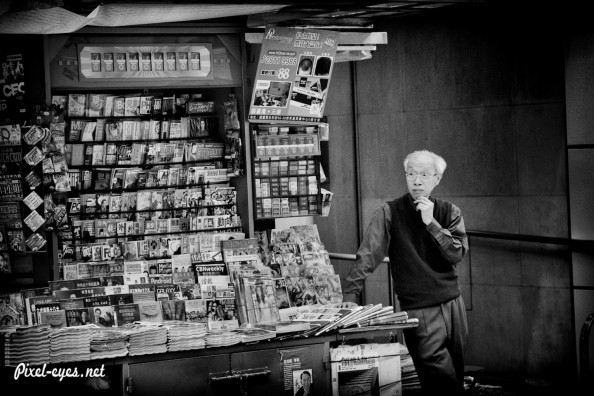 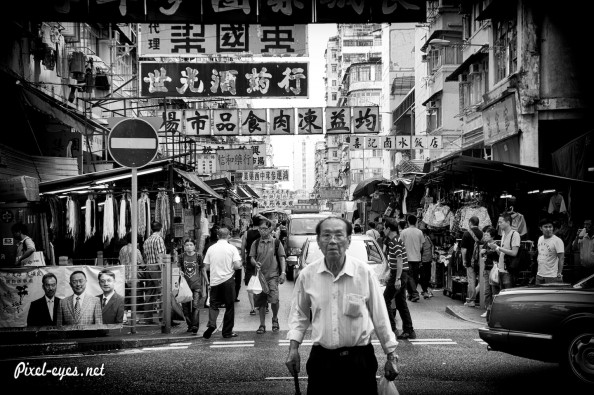 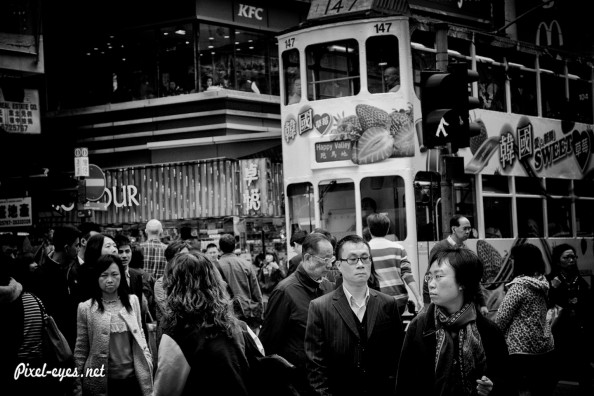 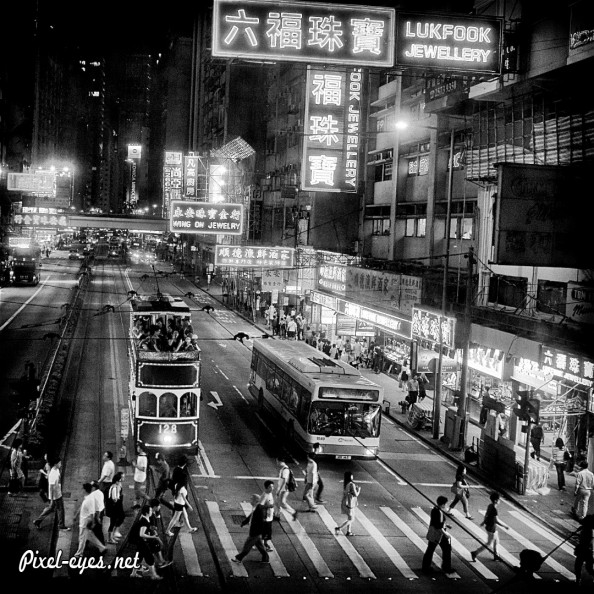 All photos are courtesy of Pixel-Eyes.

[…] of Kipp’s movies are black and white visual experiences which lack dialogue. Nonetheless, the cinematic experience is as powerful as with words […]