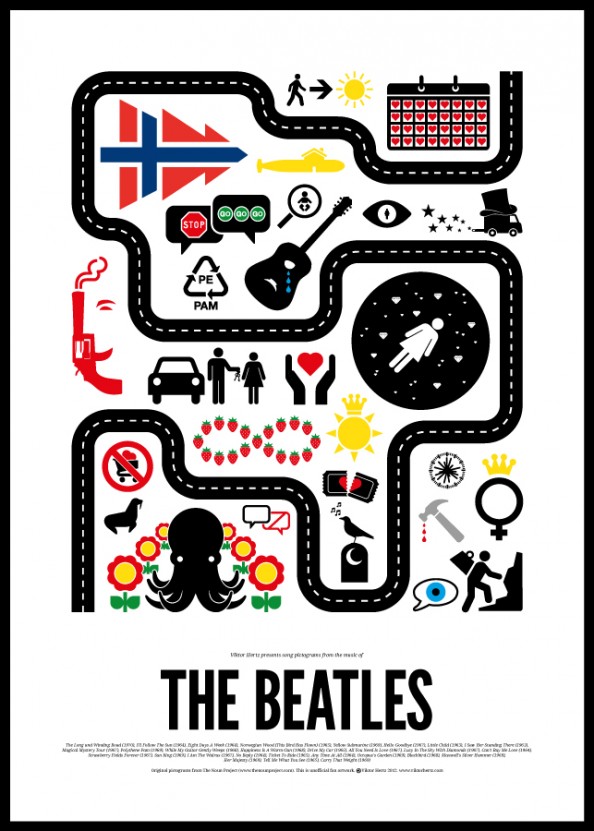 Viktor Hertz is a freelance graphic designer based in Uppsala, Sweden. He’s picked up design as a hobby only two years ago, but in this time he has reached the point where his work has been acclaimed by the internet audience, where he has taken up commission work and where he is focusing on important clients. He has quit his day job last year and since then graphic design is both his day-time and night-time profession. Calling himself a ‘visual DJ’, he has found his own visual voice by choosing pictograms as his way of expressing concepts.

We were pleasantly amazed by his optimistic view and his simple and clean designs, so we got in touch with Viktor for a small interview.

Being mostly self-taught, Viktor recalls his beginnings in graphic design -when he was experimenting with Illustrator and the few experiences that helped in him finding and defining his artistic path:

Yes, I started on my own, just playing around with silly ideas in Illustrator- some of my first images are ad busting logos, mostly for Swedish brands, without any deeper and clever messages, though. We had some classes in graphic design in high school (1999-2002), which I was very fond of, I remember the satisfaction of being able to adjust lines and shapes 100% perfectly, without being any good at drawing. I later picked this up again, in 2009/2010, just for fun. In 2010, I attended a one-year evening class in Visual communication at Beckmans school of design, in Stockholm. Although I already had started to develop my own personal style, this was very helpful in the way that I got some basic and fundamental ideas of what works and not. Also, it was a great way to meet like-minded people, with different set of skills- I’ve actually collaborated on some work with some of these, too.

I guess my work is a melting pot of pop culture and influences from modern art, movies, music and advertising. I’ve considered applying for a design school again, but I’ve just been busy with commission work and my own projects, so I will probably continue doing these things as long as I can!

Trusting his instincts, Viktor publishes his works in its early stages, always leaving a door open for criticism, feedback and suggestions. He doesn’t spend too much time on over-thinking details. It proves that the internet community can be a great way to improve yourself and re-adjust details that you missed in the beginning:

It’s true that I’m not very frightened to publish work quickly, before spending (unnecessary) time on polishing and polishing, being anxious about whether it’s 100% finished or not. Most of the time, the first drafts are the best, too, so I’ve started to trust my gut feeling and just go with it. Although, at the moment, I’m saving up lots of illustrations and working on them every now and then, until I find a good way of publishing them, like in a proper art show. I’ve become fonder of the idea of thinking in themes and projects, instead of single images and illustrations.

Feedback from Internet users has been helpful sometimes, I’m not afraid to ask for help and criticism, but most of the time my original gut feeling is quite accurate in terms of originality and quality. It’s very easy to become ‘blind’ and miss details. Asking others for feedback is a good way to find these details and adjust them, although small mistakes sometimes can be funny and add a layer to the whole artwork. 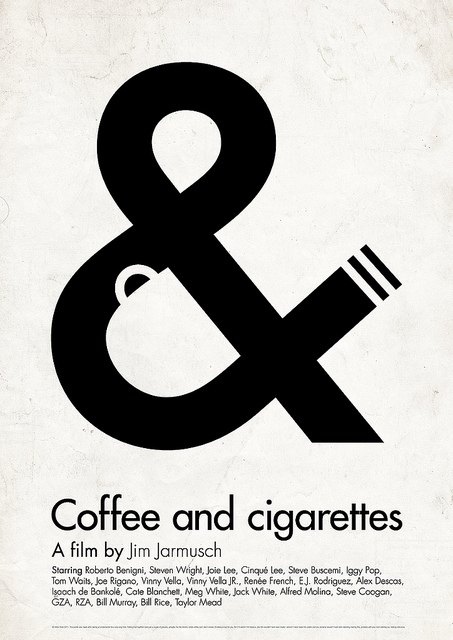 The internet can also be a good place to find motivation and recognition for your talents. Having worked with several clients and having won several awards, Viktor agrees that these factors definitely contributed to him taking his talents more seriously.

All those things really help you to get both more self-confident and also motivated to keep doing your thing. I’ve been lucky enough to receive requests from clients, who have seen my personal work, and want something similar for different projects. So, it often feels like I’m doing something personal, even when it’s for a client, with commercial interests.

Viktor’s designs reflect a great passion for movies and music, but he also mentions pop culture, signs or typography as a source of inspiration. Choosing pictograms as his way of expressing his ideas, he plays around with familiar concepts, redefining these concepts in a simple way.

I like to play around with familiar objects and themes, and remix them. I rarely start doing something from scratch, like designing something original, I’m more of a ‘visual DJ’ (which a teacher from Beckmans once called me), collecting all sorts of material and re-arranging them into something new.

Other artist can also be a great source of inspiration. Viktor admires a lot of artists, but just to name some of them:

It’s the new twist that the artist brings to these already existing concepts that make his designs original and creative. He admits that he doesn’t try to be original all the time, but if his images captivate the user and awaken an expression as simple as a smile, he declares himself satisfied:

For me, creativity is something that really can add a great value to life and the everyday routines. There are so many things included in this huge area of ‘creativity’, but if I were to limit it to terms of art and design, I think it’s something that anyone can perform, with a wide range of quality and result. When it’s really good, I think it’s just like hearing a great piece of music or watching a really good film. I love seeing clever and eye-catching images and posters, which put a smile on my face, and I hope some of my work can do that to others, as well.

And yes, there are so many ways of being creative, I don’t think it’s about being super original all the time, just as long it contains some good ideas and brings something new to it. For me, it’s often a question of how I can remix or modify existing material, and make something new with it. Again, this is of course not a very unique or new way of working, but I hope I can do it in a good way, at least.

When it comes to describing his designs, I’d say that Viktor is a fan of the saying “less is more”. It’s surprising how this concept can be applied in the field of graphic design. Viktor explains his fondness of pictograms and his choice of working with them:

When starting working with pictograms, it was like finding the perfect tool for me, visually speaking. I loved working with simple and clean graphics, and pictograms were just the ultimate platform- I love the idea of universal recognition and keeping things as simple as possible. I like working with single-layered material, and playing around with shapes and combining different symbols. I do want to broaden my area, though, but not just for the sake of it. If a different style suits my ideas, then it’s all good, but so far pictograms and symbols have been a great way for expressing myself. 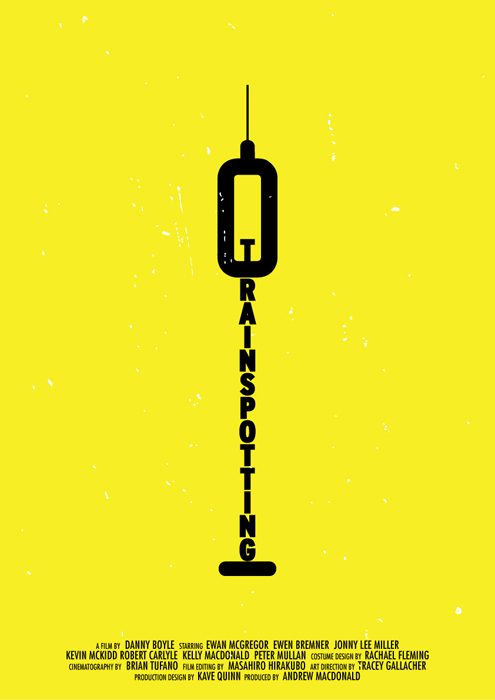 In terms of what the future holds, Viktor would like to shift from making personal work to working on commission for different clients. He’s also dreaming big – that his desire one day would be to have an art show at the New York Museum of Art.

At the moment, I feel like I’m in a transition from making personal posters and work, to start doing official commission work for different artists and clients. I will probably always keep doing personal stuff, of course, but now I feel like I want to spend more time on official posters/designs and collaborate with people from the very beginning.

I have lots of ideas for projects that I really want to realize, it’s just a matter of time and finding the best possible environments and ways of doing it. For example, I have an idea for a big art project, that I can’t get out of my head. I really hope to be able to work on this soon, and publish it sometime next year, hopefully. One of my dreams and life goals is to have a huge art show at a big place, like MoMA in New York! Maybe that’s out of my league, but one can always hope, right?

Viktor’s suggestion to other aspiring graphic designers would be for them to trust their instincts and try to bring something new to the table:

Just try to bring a twist to it, whatever you’re doing. There are so many similar styles and concepts out there, and it’s easy to disappear in the massive amount of images we see every day. I always image google my ideas, before starting working on them, just to make sure that nobody else already have done it. That’s a good start, if the artwork rests on a specific idea or concept. Other than that, just have fun and don’t be afraid to ask for feedback! But don’t be afraid to trust your feelings, as well. If you have good taste, and get some good ideas every now and then, you’re probably going to make some good stuff eventually.

Taking graphic design as a full time profession, Viktor admits that there is a certain uncertainty in working as a freelancer, but there’s also more freedom and excitement:

Well, I am able to make a living out of this at the moment, so I guess you could say that this is my full time profession. I quit my day job last year, so I’m very grateful to be able to earn money on my hobby; I really didn’t expect to be in this position this quickly, but it’s a wide range of clients and job offers, so you never know if you’re going to get an income every month. But, I kind of like the uncertainty of not knowing what to do next, it’s a very exciting position to be in, work-wise. The best time of my day is when I check my e-mail in the morning, to see if anything has dropped in. I can almost feel the dopamine rush in my head when I see that there’s an unread e-mail in my inbox, haha!

We can imagine the thrill and satisfaction of working in this way. What are your thoughts on working as a freelancer and making a profession out of your hobby? Share them in the comments below.

For more of Viktor’s works check out these selections or visit his website. 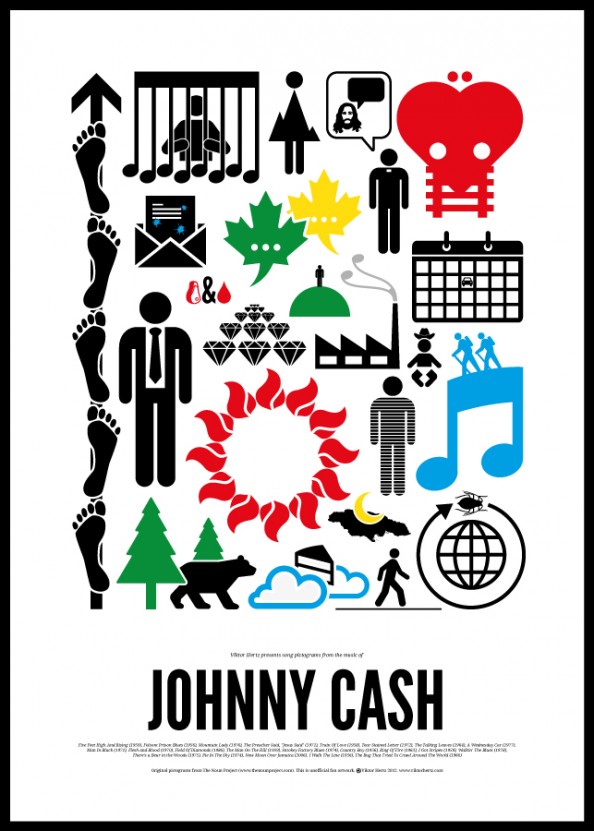 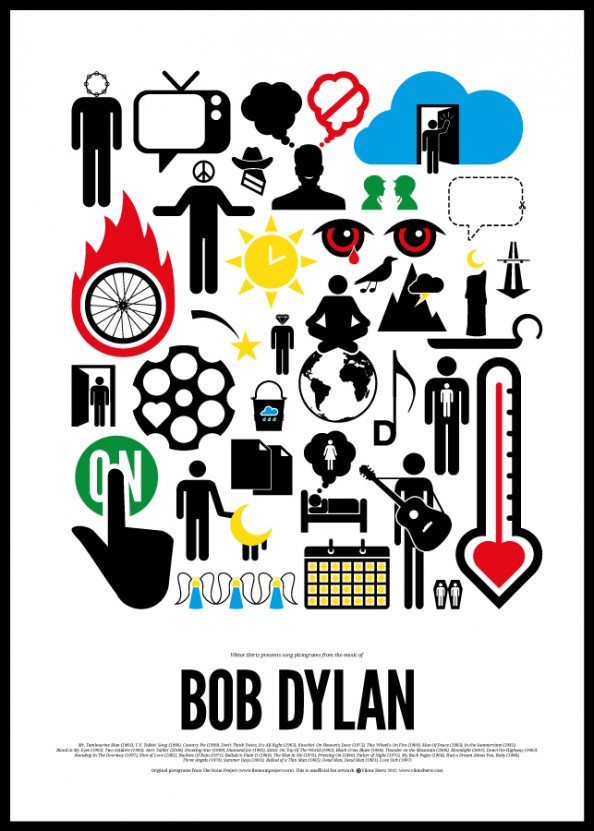 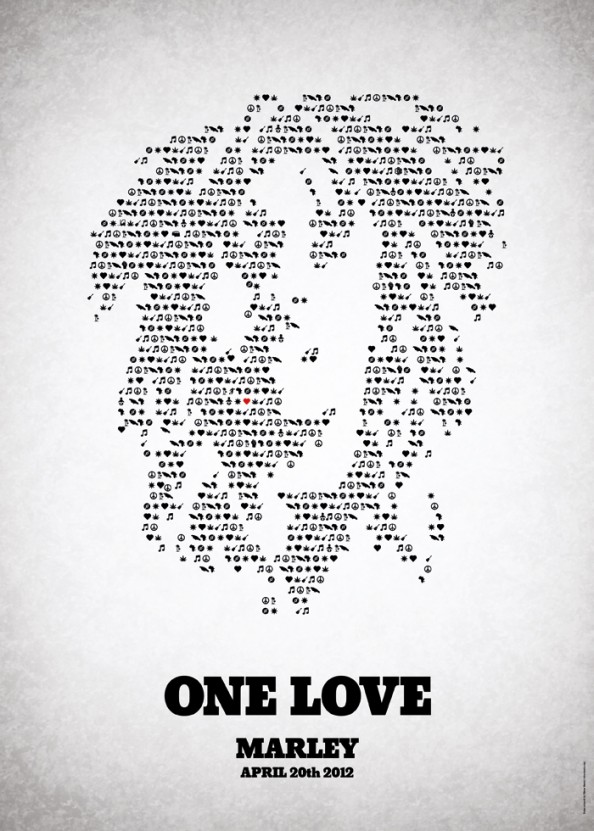 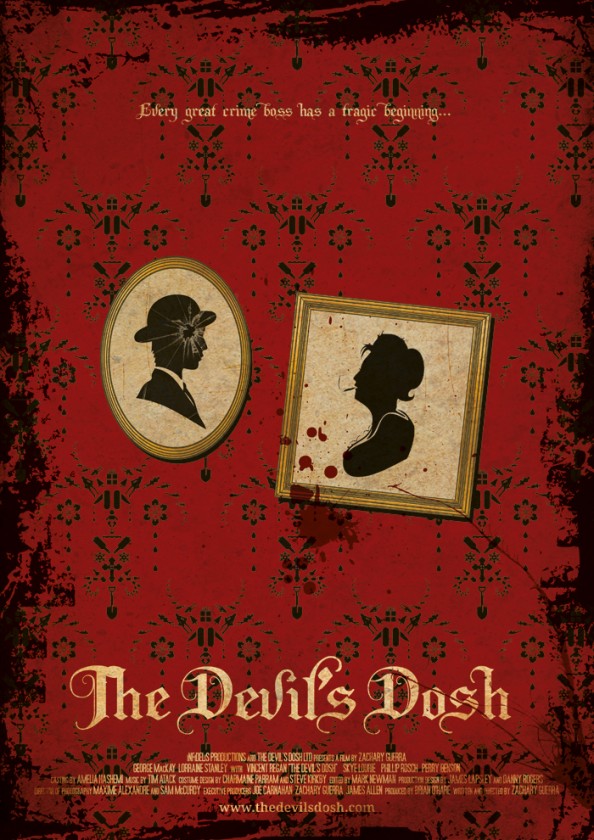 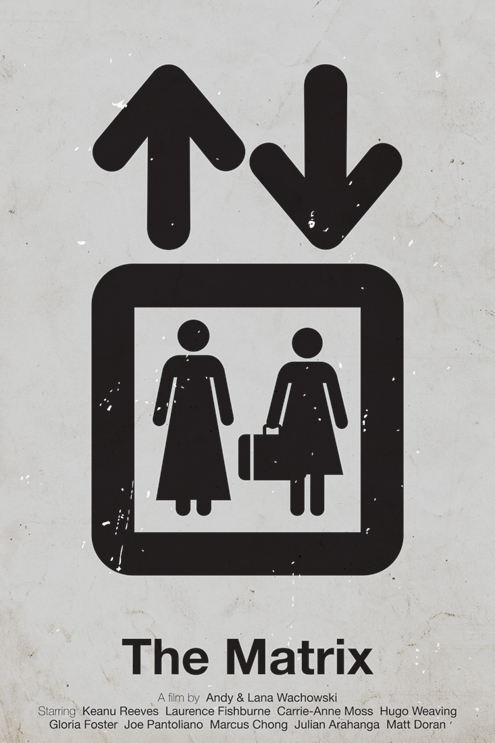 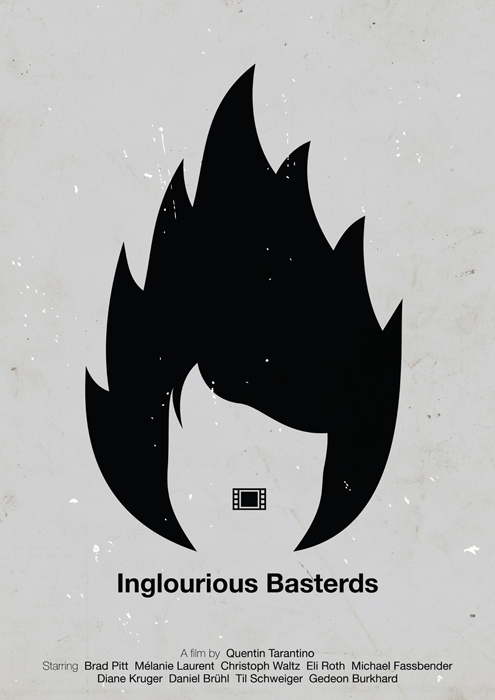 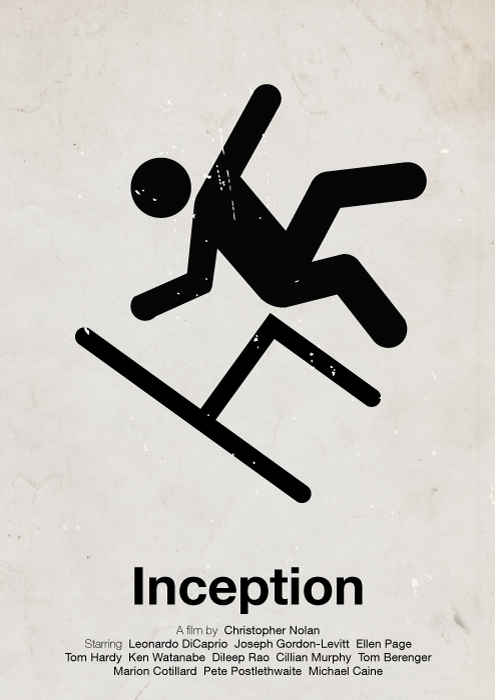 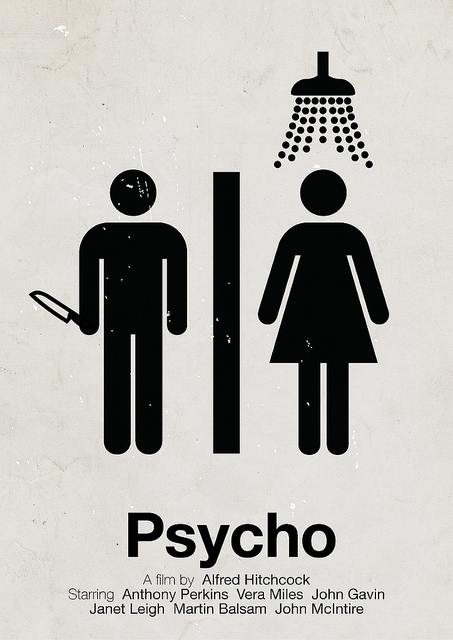 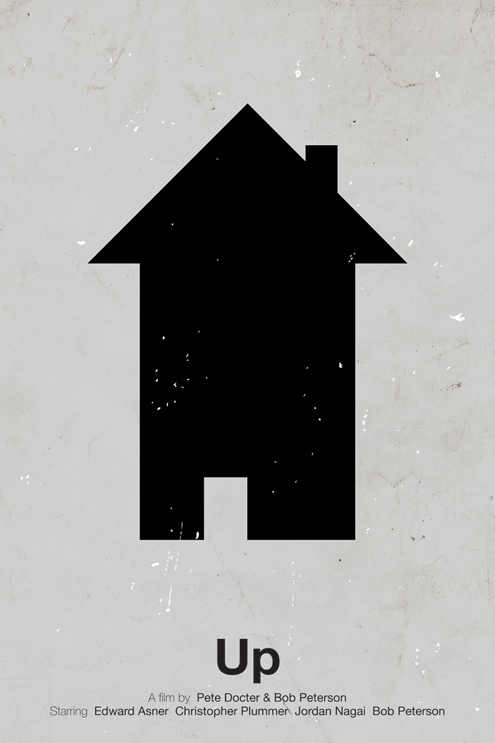 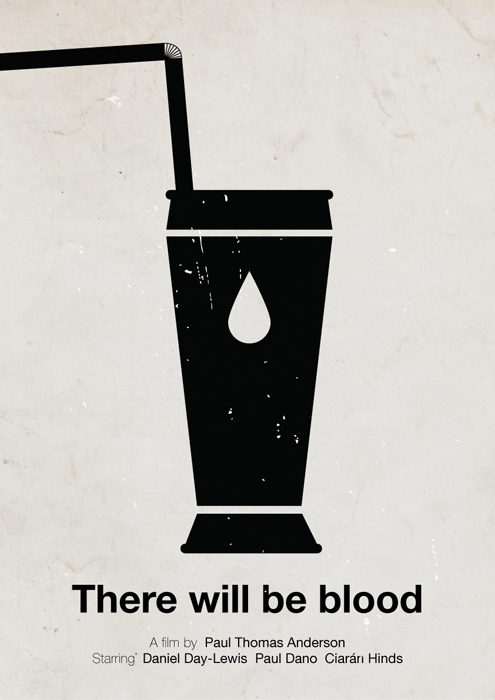 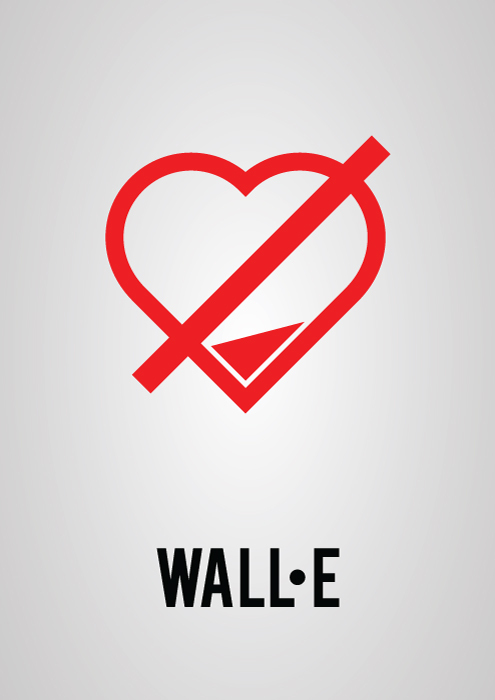 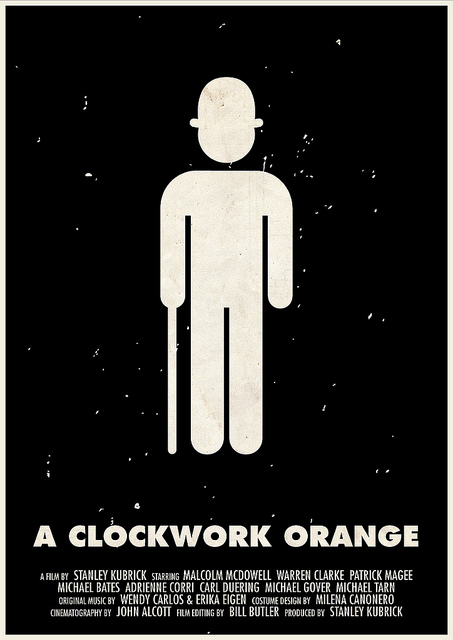 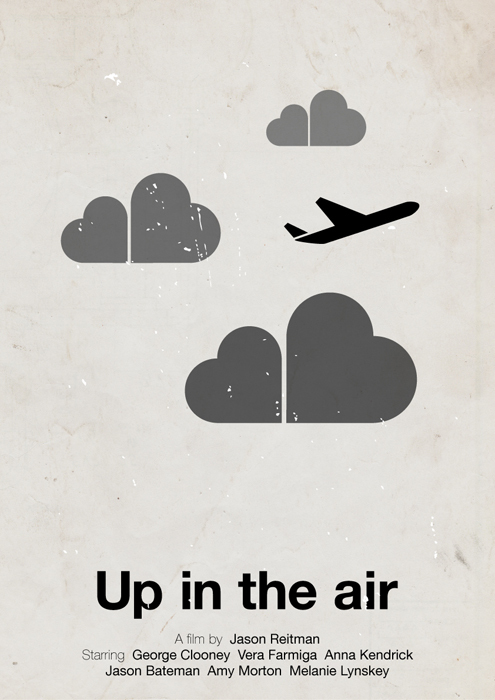 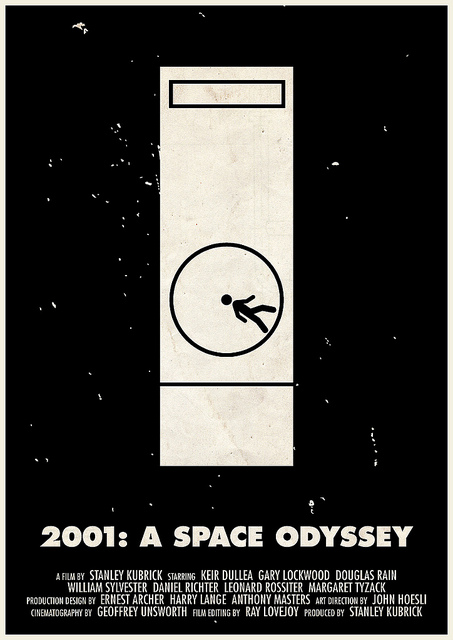 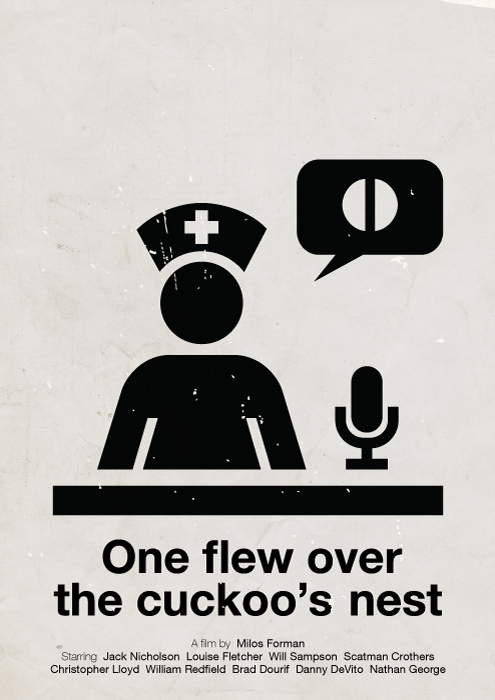 All posters are courtesy of Viktor Hertz

[…] the 90s and an eye for monsters, action and sci-fi, Ïve or Inkjava as he calls himself, recreates famous movie posters in a lively and brilliant manner, showing a skillful hand a lots of […]