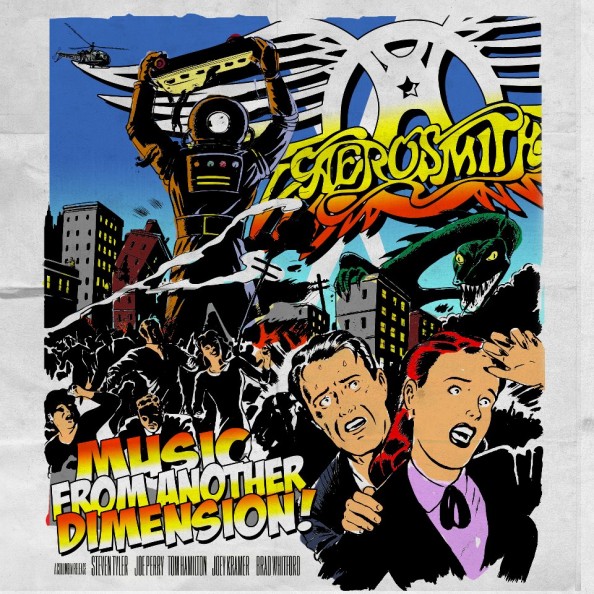 Aerosmith is back with a vengeance after Steven Tyler’s two-year hiatus while he was a judge on American Idol. His announcement on July 12, 2012 that he was leaving American Idol frees him up to devote himself once more to the band and its musical future. Fortunately, Aerosmith tickets are currently on sale for that show.

The band’s 15th studio album, “Music from Another Dimension”, is due on November 6, 2012. It is the first album to feature all new songs since 2001. Their most recent studio album was “Honkin’ on Bobo”. That album was released in 2004. A recorded version of one tune from the new album titled “Beautiful” debuted on August 6, 2012 during their Global Warming Tour show at the Hollywood Bowl. They also played “Oh Yeah” from the upcoming album on the tour.

The Global Warming Tour concluded in August, but either a second leg or a new tour is expected to support Dimension’s release. One show is already scheduled at the MGM Grand Hotel in Las Vegas on September 22.

The band’s long-running on-again off-again feuds seem to be resolved for now. The recent shows featured tight playing and a sense of camaraderie that appeared genuine. Any residual resentment about Tyler’s Idol gig and subsequent attempts by the band to replace him appear to have been put to rest.

In truth, the Idol respite was probably good for Tyler. It gave him time to fully recover from injuries sustained in falls in 2009. He also had surgery to repair damage caused by decades of intense stage antics, and went through another bout of rehabilitation in 2009 to kick the painkiller addiction he developed to deal with the damage to his body.

The band had a short tour in Japan and Latin America in late 2011, but otherwise their work together was limited during the Idol era. They released a greatest hits album in May, 2011 and worked on Dimension while Tyler was involved with the show.

Tyler’s stage performance was a little less athletic than in the past, but he and the band still put on memorable concerts. There wasn’t as much kicking or leaping around, and he relied a bit more on cavorting with the microphone stand to entertain the crowd. However, vocally and musically, the group was as tight as ever. There was less strutting around the stage, but vocally Tyler still howled and screeched like his younger self.

Aerosmith’s music was as tight as a drum. The interplay between Joe Perry and Brad Whitford on guitar was solid and smooth, and the rest of the band was equally tight. Tom Hamilton and Joey Kramer pounded out the beats and kept the tunes rolling. Backup vocals were harmonious and fluid. If a listener closed their eyes, they’d have been transported back in time to the hard-rocking 1970s. Those younger musicians had nothing over the older, wiser versions of Aerosmith that rocked out on the recent tour, making the newest Aerosmith tickets good as gold.