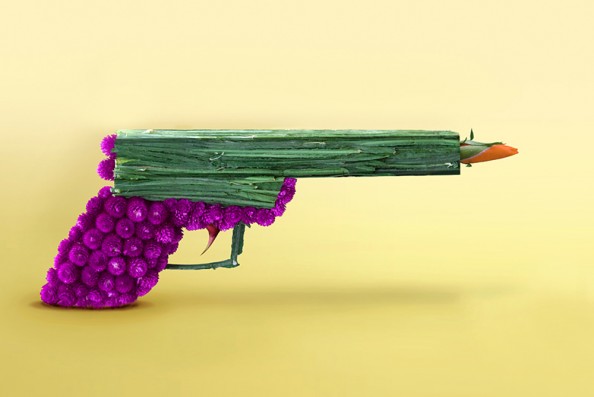 Having worked in advertising, two years ago he had a revelation one day upon opening his fridge: why bother looking for inspiration in other places when you have it right under your nose? His first piece was the “Orange bicycle”, a photo who went viral on the internet in no time – just as his other images. 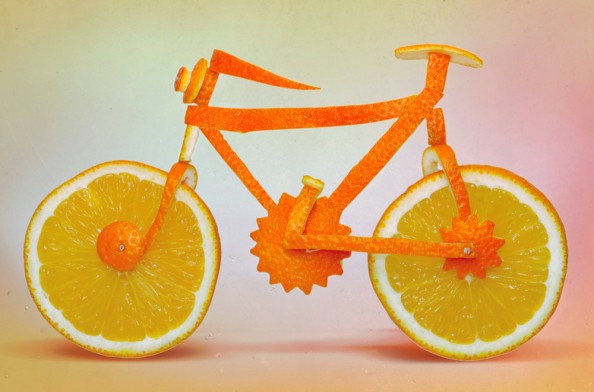 Having regular objects as your main source of inspiration can be a blessing or a curse. It’s definitely more challenging because you have to turn your world upside down for one moment and actually notice the extraordinary in the ordinary. To transform nature’s creations into static objects or just recreate the reality. To have the ability to make vintages cameras, soccer balls, a salami tape or just a pair of shoes you could eat from oranges, cucumbers and tomatoes. Adding a fresh twist to it. After all, that’s what creativity is all about!

People like to see painstaking work. It’s human nature. I’m very happy to see people’s reactions “Wow! How did he do that? Is it photoshoped? Is it 3D? Is it superman?” Also I have to admit that the fact that before my work becomes alive in a photo (as paradoxical as that may seem), it’s a real live object created by my hand which ads to my joy.

Bizarre and playful, Dan’s images reflect the joy that is put into making such a piece. In terms of his work, he considers that he has a privilege of working with the raw material that nature has to offer.

Food photography requires a quick handling as the “subject” looses its color and freshness really fast. Not to mention the fact that working in this way changes one’s perception of food, one way or the other. Dan confesses that now he cannot look at fruit and veggies the same way as he did before.

Now, every time I go to the market I spend minutes in front of the fruits and vegetables tables, trying to imagine my next work.

With his internet fans growing as the day goes by, Dan is positive about the future of his eco art. Enjoy some of his unconventional creations below. 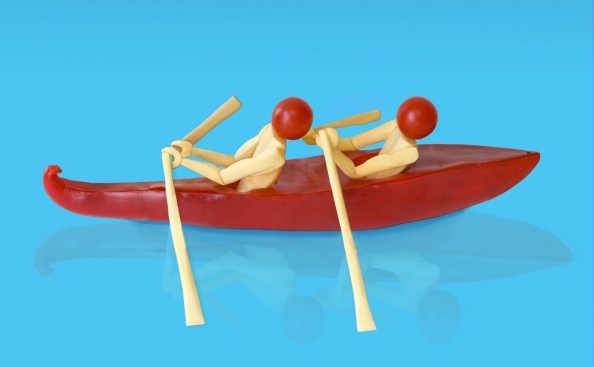 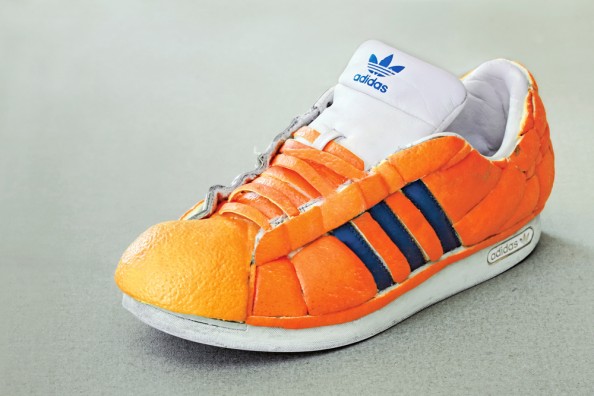 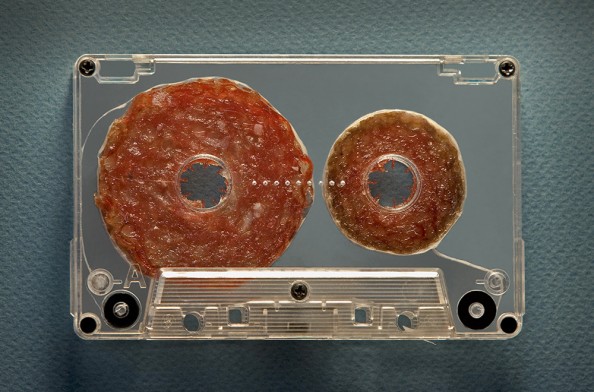 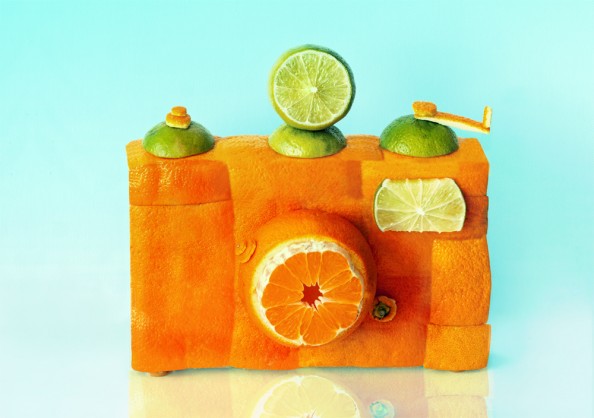 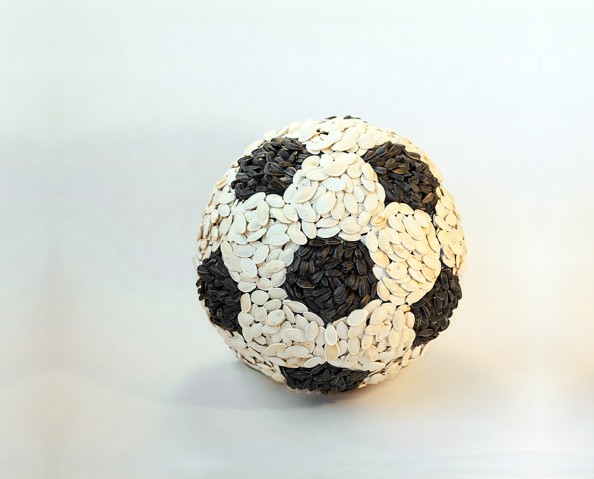 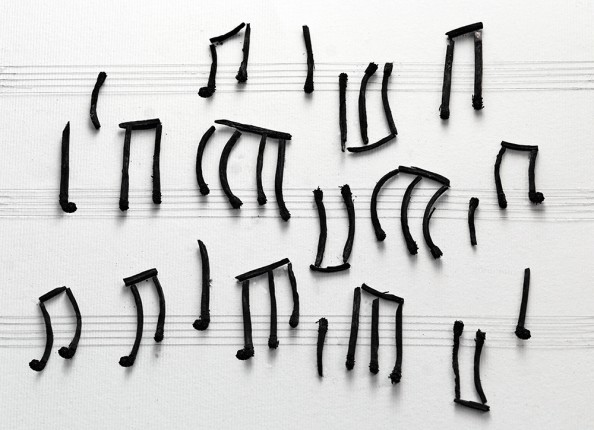 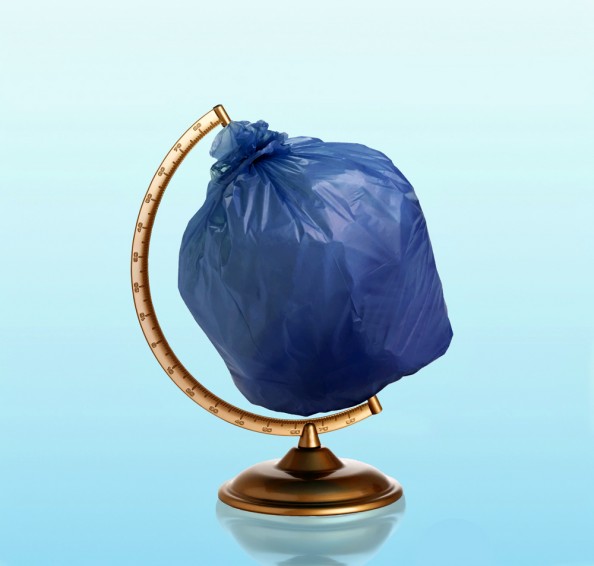 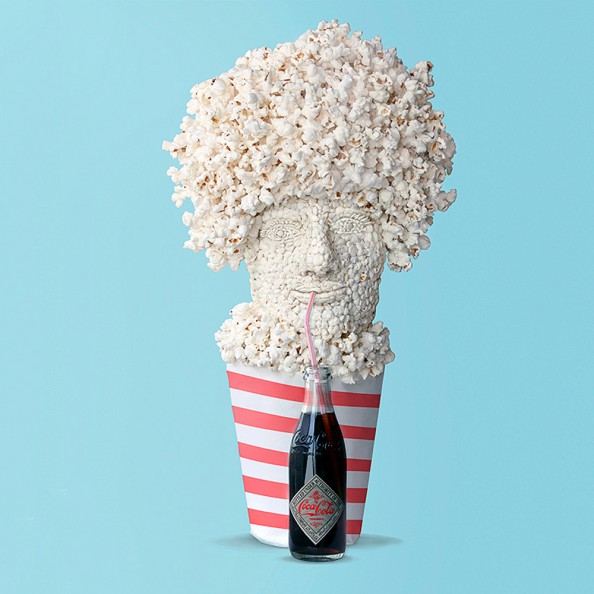 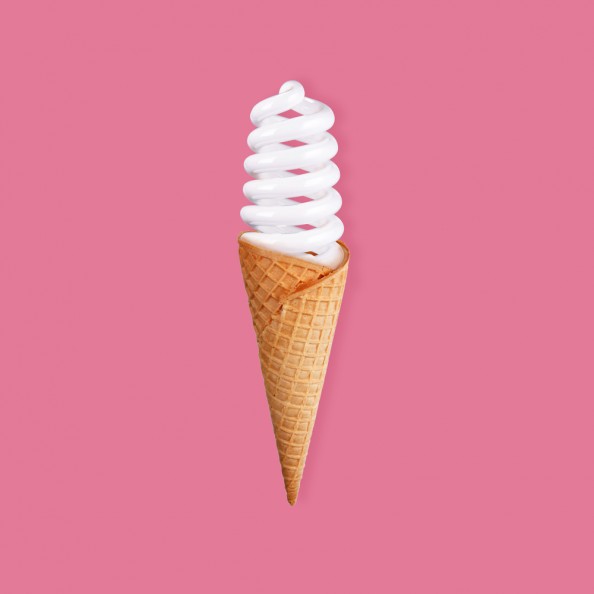 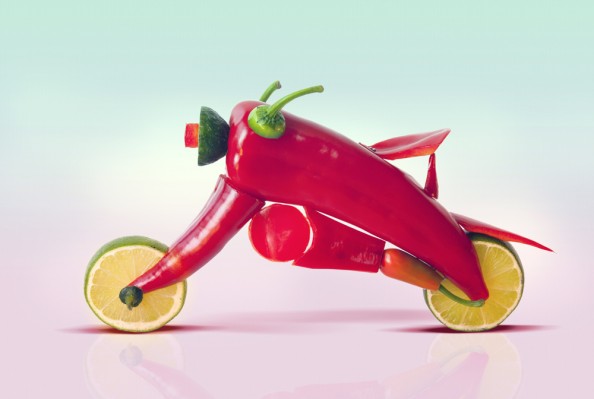 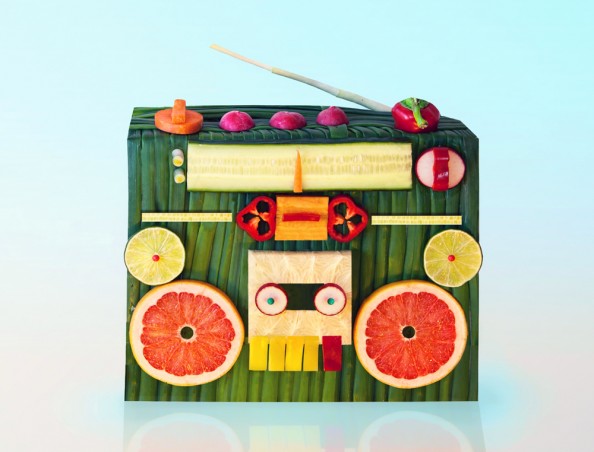 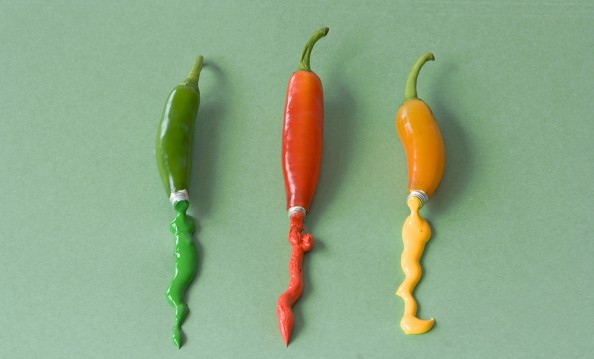 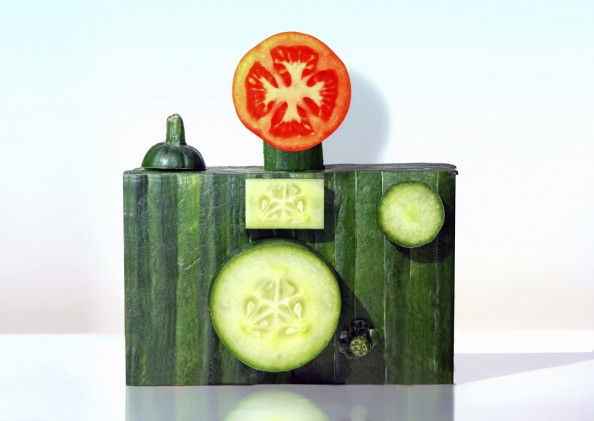 Photos are used with permission of Dan Cretu

[…] of good food. Certainly in the United Kingdom, most average families have rejected the instant food culture of the 1950s, 60s and 70s, and are moving towards a general embracing of the benefits of real food. […]