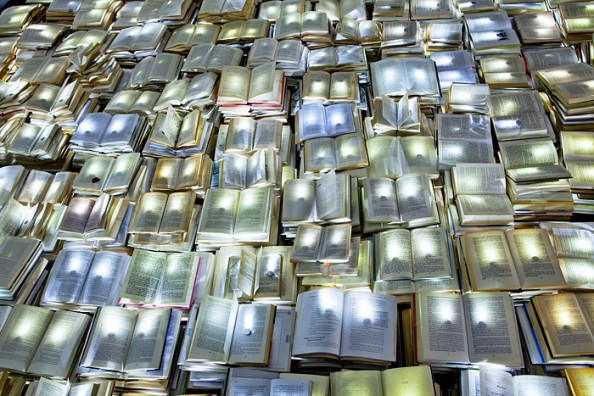 Luzinterruptus, the anonymous art group who highlights the beauty of public spaces using only light and creativity, turned the appearance of the cold Federation Plaza from Melbourne into a cozy space filled with lit up books. By recreating a similar installation they carried in New York – Literature vs Traffic, the pedestrian space was flooded with 10 000 books altruistically donated by public libraries because they were obsolete.

For the month of June, also as part of “The Light in Winter Festival”, passers by could stop for a moment and feel that the power of the word and paper has won over the traffic taking over the streets. Besides occupying the precious traffic space for the purpose of a symbolic gesture, the installation also commemorated the summer solstice and was the scene of various cultural events part of the festival. Here’s how the art collective describes their philosophy:

The objective of this piece? The same as the first time that we carried it out, that a river of books overflowing into the physical pedestrian spaces and installed itself in the space allocated to cars, stealing precious space to the dense traffic in the area, in a symbolic gesture in which literature took control of the streets and became the conquerer of the public space, offering the citizens, a space (not as big as we would have liked) in which the traffic withdrew yielding ground to the modest power of the written word.

The art group managed to maintain the intervention for one whole month, against all odds, like weather conditions. For one night, the pedestrians could even stop and enjoy a peaceful read in the Plaza, accompanied by the dim lights and the river of books. The installation culminated in pedestrians taking home books they mostly enjoyed and in an impromptu give away of books to the drivers in the cars, who were taken by surprise and humbled by the gesture.

After their colorful plastic bag installation in Switzerland, the light pioneers have managed to pull of this huge guerilla intervention, their biggest so far. Again they’ve succeeded to raise awareness towards a social issue: the cars and the digital era rapidly taking over our lives. And they’ve literally shed the light on the problem. Kudos! 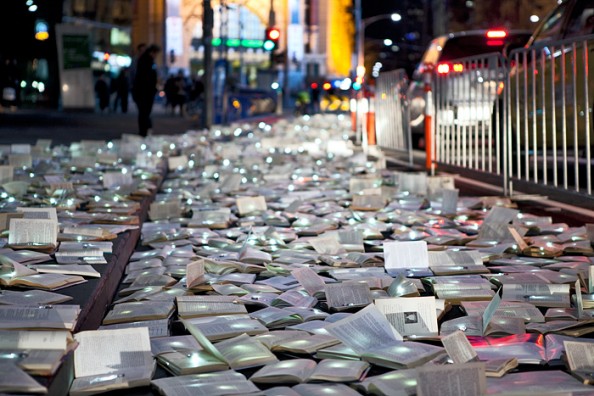 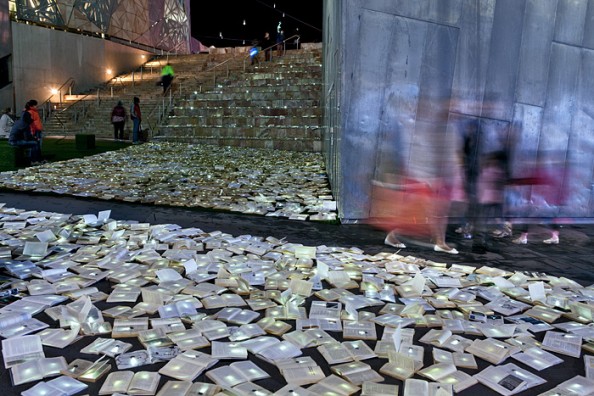 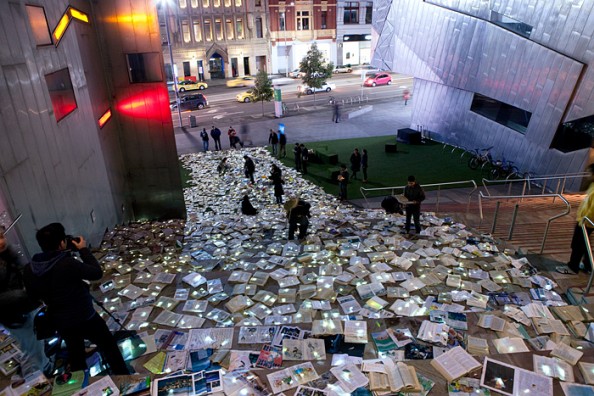 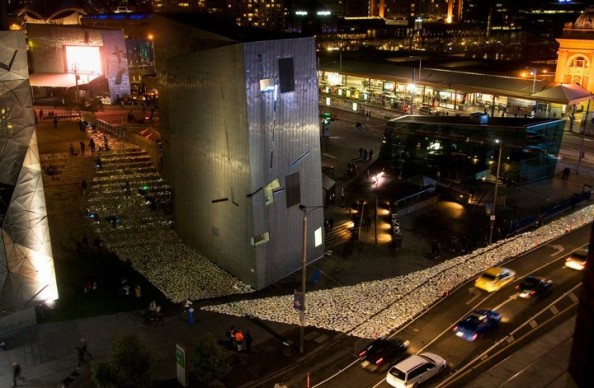 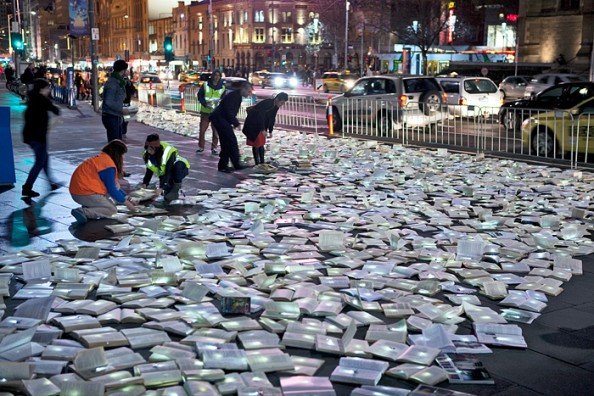 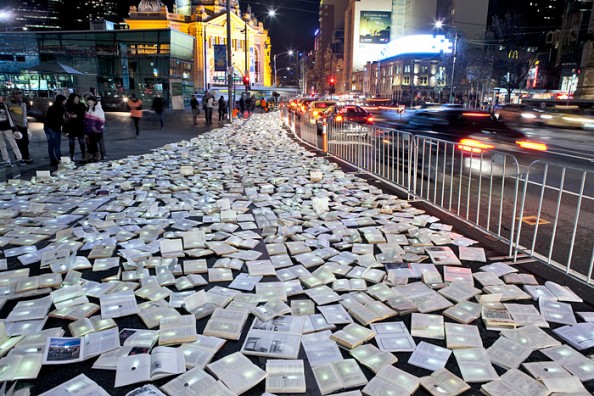 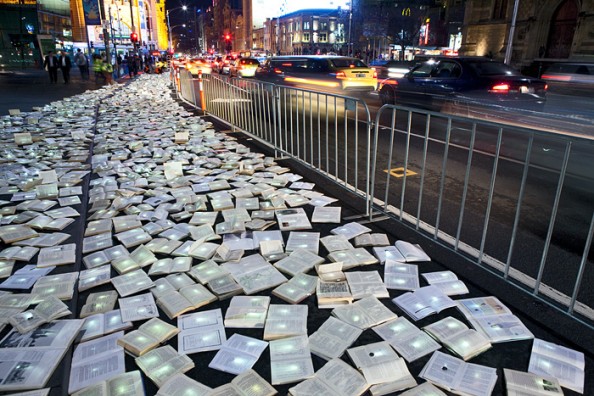 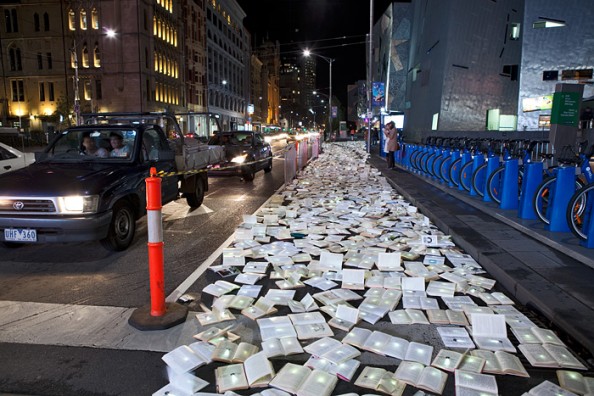 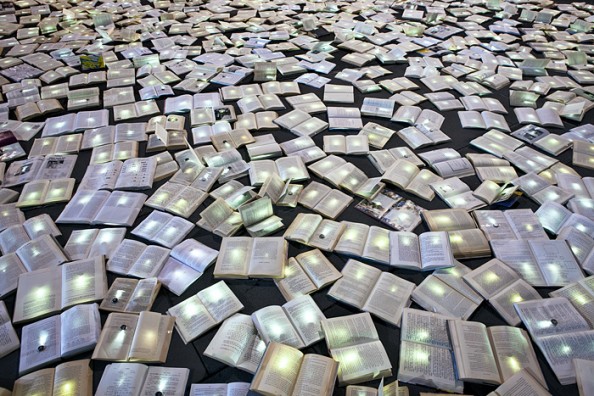 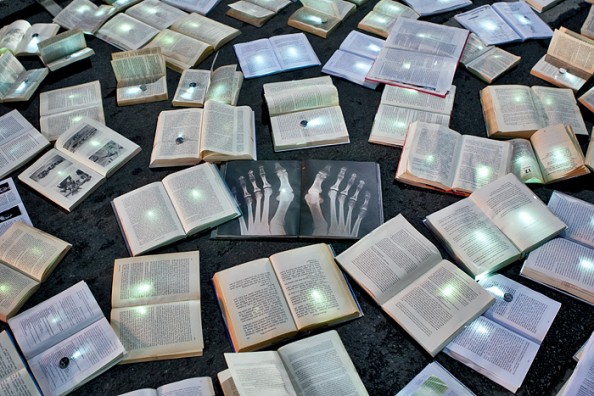 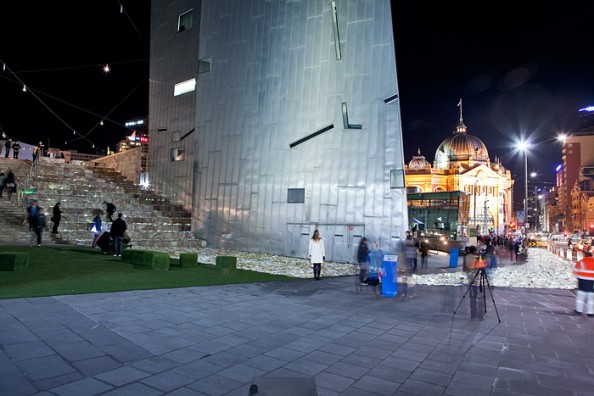 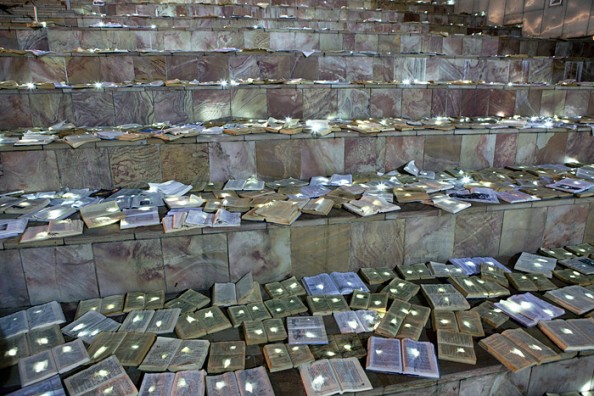 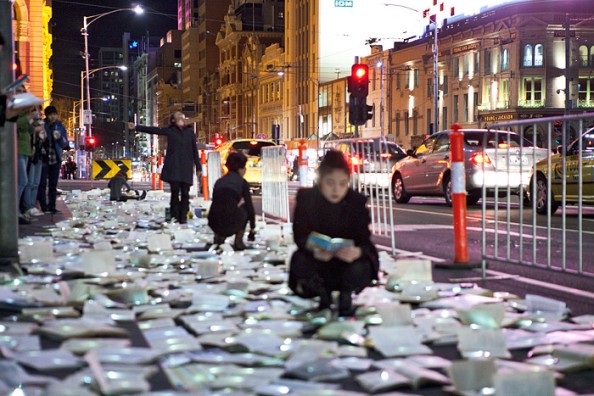 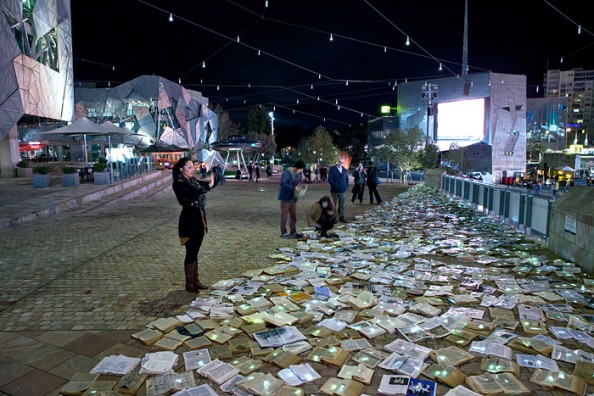 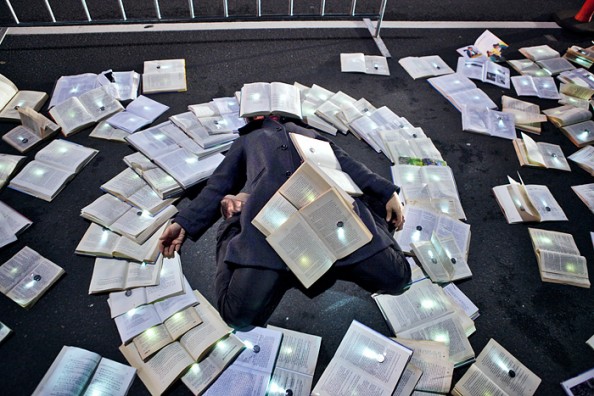 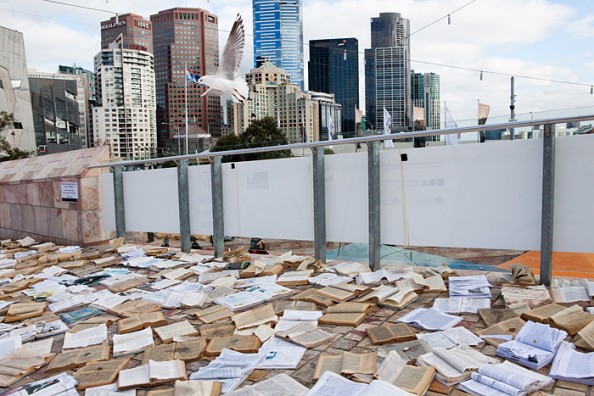 Photos are courtesy of Luzinterruptus. For more check out their Facebook page.

[…] Luzinterruptus, an anonymous art group which draws attention to public spaces with their art installations, made a nostalgic statement through their newest piece “Colón washes whiter“, in the Prado Recoletos Corridor in Madrid. The statue of Christopher Columbus (Cristóbal Colón), which was given by the Italians to the city of Buenos Aires, was standing in this square for 34 years, until de authorities decided to move it a few meters away, in order to align it in the center of the square which bears his name. The movement was done, of course, from the pockets of the Spaniards. […]