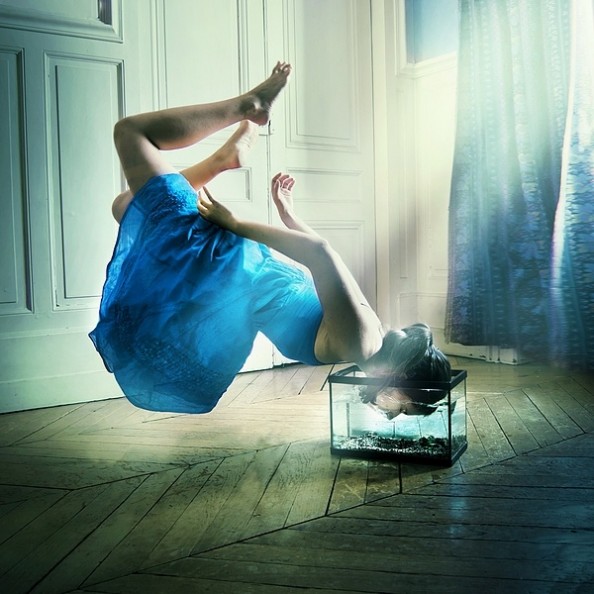 Julie de Waroquier is a French self-taught photographer who explores surreal and fantasy worlds, questioning the reality through her photographic projects. Reminiscent of Lissy Elle’s photography, but with a more subtle and dreamy approach, Julie’s imagery means fairy tales, illusions and female characters levitating or simply trapped in parallel worlds, all transmitted with a nostalgic and poetic vibe and wrapped in mystery. At a closer look, you get to see subtle dreams, fantasies, and parts of fiction we all explore with our minds and heart but oftentimes repress or just close down on ourselves. I personally admired Julie’s work and her courage to give a voice, setting and environment for all these invisible worlds to come to life in such a dreamy and original manner. So that is why I contacted her for an interview.

Like many other artists, Julie got into a photography by chance and as a way of escape from the duties of everyday life, but it eventually grew into her passion:

I discovered photography when I received a small camera for my 18 birthday and I kept on experimenting since then. I progressively discovered that I liked being able to create my own fairy tales with a camera… when I started photography I was into very hard studies, and it was a way to escape hard work from time to time. This is how it became a passion!

The artist describes her photography as surreal and conceptual, oscillating between ironic surrealism and naive dreams and is a great admirer of symbolism, which, as Julie says, enlarges our horizons and imagination, permitting us to see beyond the limits that we impose to ourselves and immerse in new universes.

I’ve always been attracted to surreal photography. When I started photography, during the first months I tried almost everything (street photography, nature photography, etc.) but I soon realized that I liked to create my own worlds and stories, through symbolism (conceptual/surreal photography in general). I like the poetic value of symbolism, because it disturbs the way we usually think or see things, and it leads us to think differently. It enlarges our mind.

My photography is a mixture of surrealism and fairy tales. I try to show and express the invisible realities that reside in the human heart. Passions, feelings, thoughts thus become tangible through various symbols, as in poetry, in fairy tales, or in dreams. 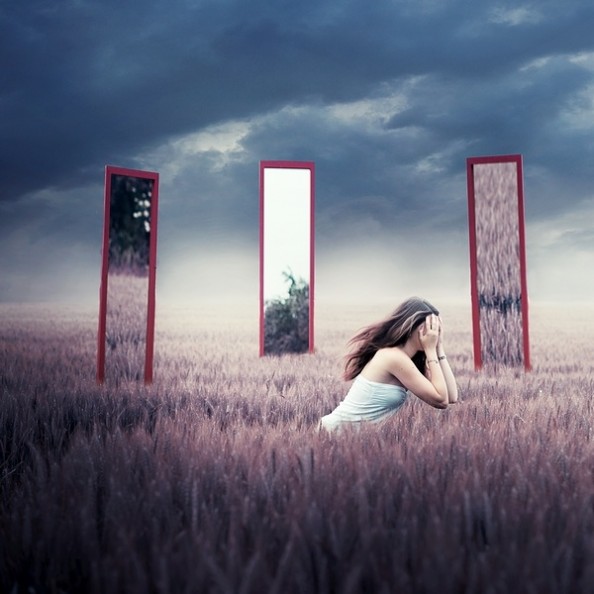 Questioning the reality, Julie’s photography brings to life both ideas and feelings that each and everyone of us have. By capturing her reality, she questions the viewer’s reality.

The dreams I depict are not specifically mine, they could be anyone’s. I try to show what exists into every human mind, what interests me is a kind of “collective unconscious”. Because reality is not only what we see, but also how we feel it. What lives into the human mind is part and parcel of our reality. So in my picture, one reality (subjective) questions another (objective)…

In her imagery Julie sparkles contradictions and paradoxes: she compensates a picture of positive feelings with a nostalgic feeling and the other way around. Leaving enough space for interpretation, she leads her viewers to personal introspection.

I like when a feeling is not alone. I like to show tensions and paradoxes, that is why when I create pictures with light and happy feelings, I always add at least a nostalgic touch. Similarly, when I create sad pictures, I try to also add a feeling of hope. With these complex feelings, I want the viewer to question the picture, to interpret it in his/her own way. I’m satisfied of my pictures when they lead the viewer to raise questions, when they lead to introspection and wonders.

Each picture is built around a symbol and each picture tells a story. Julie also works in series, some of her series include “Inner Worlds” – surreal shots of nostalgic dreams, “Surreal streets” – characters caught dreaming, sleep walking or just having a bad dream in the middle of the streets or “I don’t fit this world”, portraying a character whose size doesn’t fit with the surroundings.

Most of the time my ideas come very spontaneously. Everything inspires me, what I see, hear, smell, feel… but also memories, books and stories. I try to elaborate my pictures around a symbol, which can be represented by an object or by something more abstract. Each picture tells its own story, and that is why I resort to various props and places.

I do create some thematic series. Last year I’ve created a series of more than 40 portraits of real twins, called “Chimeras”. I have a new project for this year and I hope I’ll be able to create it! 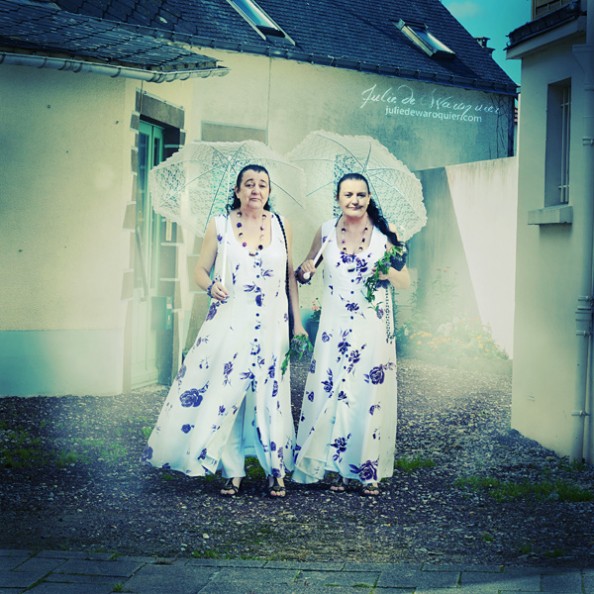 Being an autodidact can lead to a slower process of learning. And as a self-taught photographer you can face lots of obstacles:

Ignorance. I had (and still have) to learn everything by myself: technique, culture, basic notions… as I was (and still am) passionate, it was natural to work in order to make up for my lack of knowledge, but it would have been easier with a school formation.

Most of Julie’s works are built around a female character, trapped or just lost in a dreamy world. As a woman, Julie shares the view that females are easier to work with and to imagine stories around them.

The models are either me, as I do a lot of self-portraits, or friends, relatives, or even professional models. It depends on how complicated the pose and expression I want are. Anyone could be a model for me.

My main character is a female (there are a few pictures of men though, but they are always distant) because I find it more natural to create female stories. I think women visually have a bigger poetic value and impact. However I’m working on a project which will involve as many women as men, as children.

At only 23, Julie has already participated in exhibitions and won several awards. Gaining exposure and being validated as an artist in such a short time is a matter of luck for the artist. And social media has its merits along the road somewhere.

Luck and social media. I was incredibly lucky when I was offered my first exhibition, and incredibly lucky when I had my first publication in a national magazine. Both were due to the fact that somebody decided to have confidence in my work and to promote it. I am very, very thankful, because I was not confident at all with my work.
Being very present on the social media helped me a lot, for example my first clients found me on Facebook.

For the future, Julie plans on new projects but also on raising the value of her works. She’s also encouraging other photographers to embrace doubts, as they’re a necessary part of growing as an artist:

I’d like to renew my body of work with a new project. I’m currently working on it and I don’t know if it will become alive one day, but I hope so. I would like to be able to be proud of every picture I create, so I have to work a lot on the worthiness and value of what I create.

A message to all photographers: don’t be afraid of doubts. They help you grow as an artist.

We hope that through Julie’s works you managed to escape reality for one moment and you reflected a bit on the very concept and understanding of your own reality.

Selections of Julie’s work are available below and for more updates on her work you can visit her Facebook page. 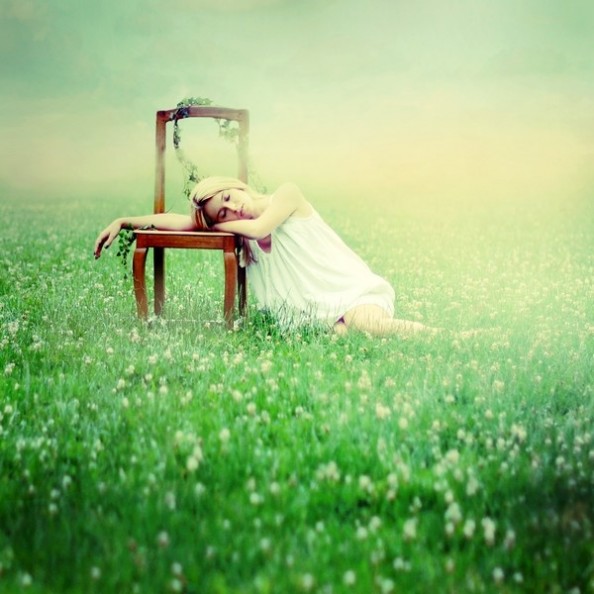 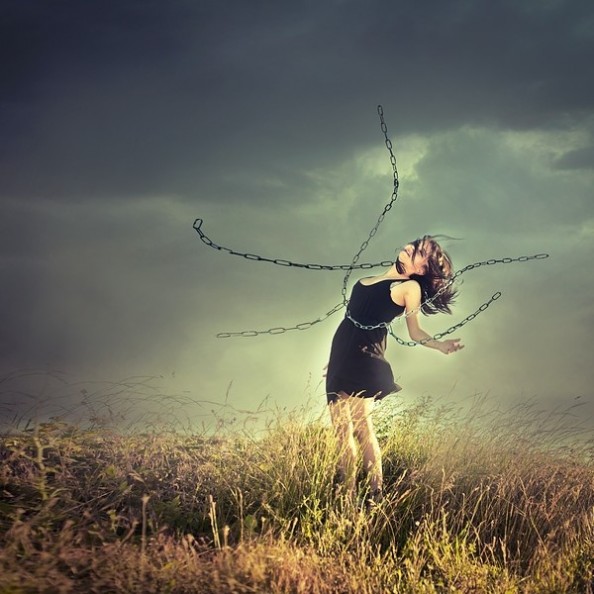 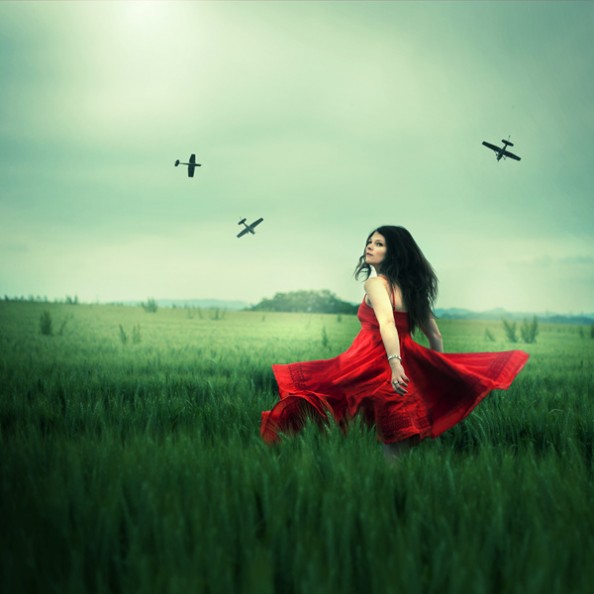 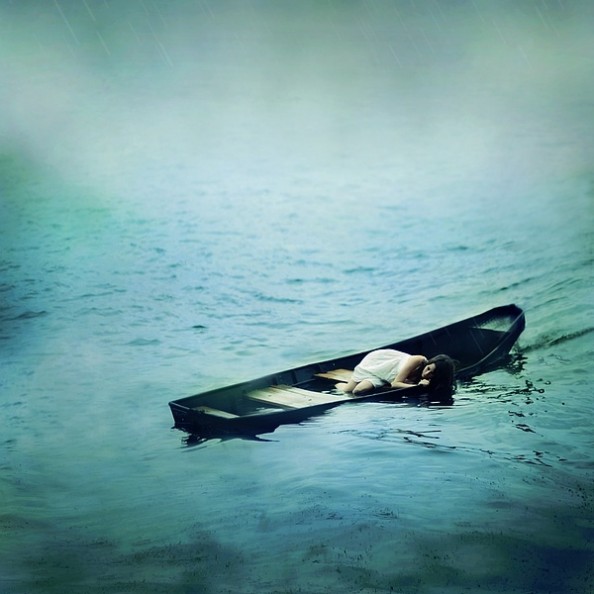 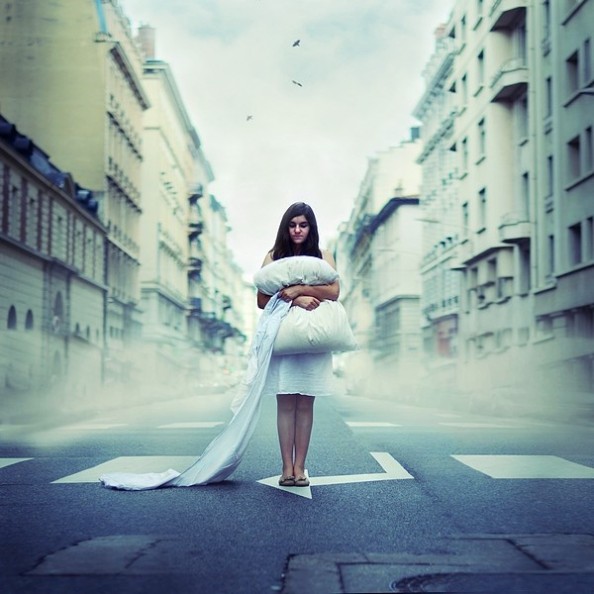 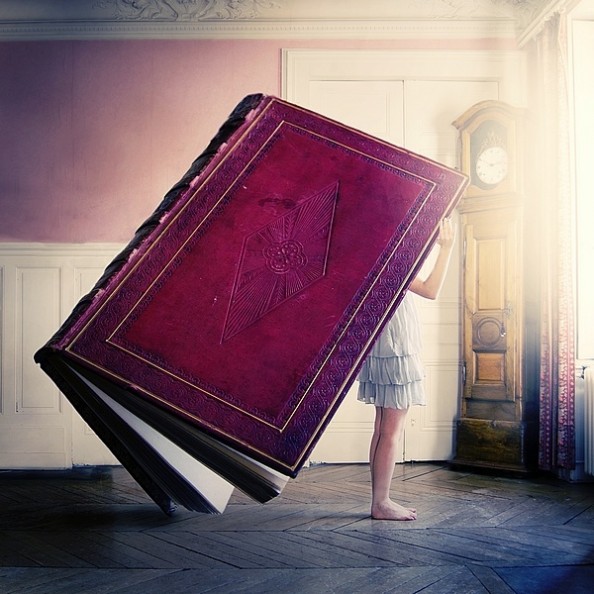 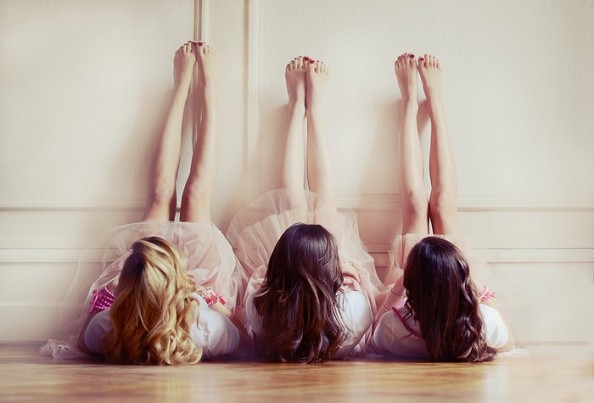 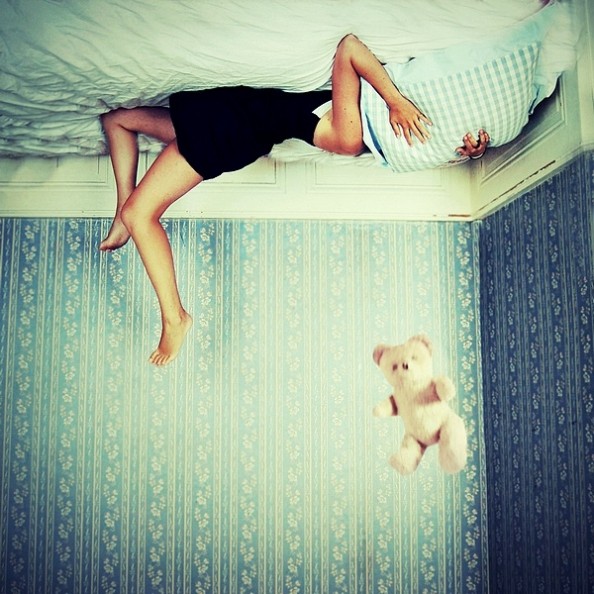 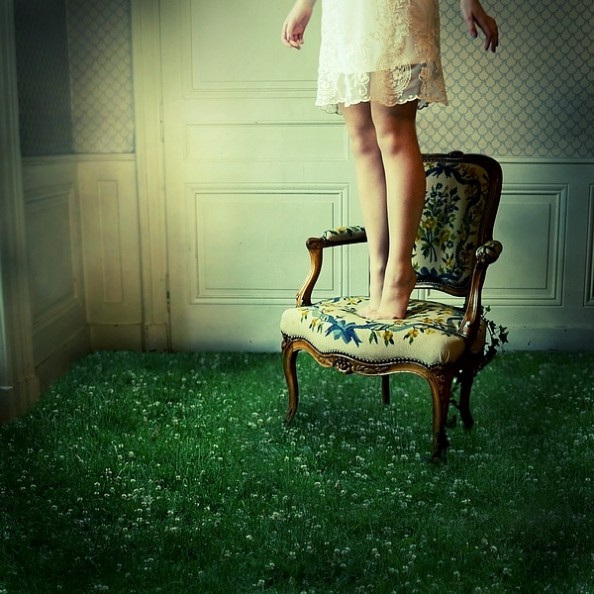 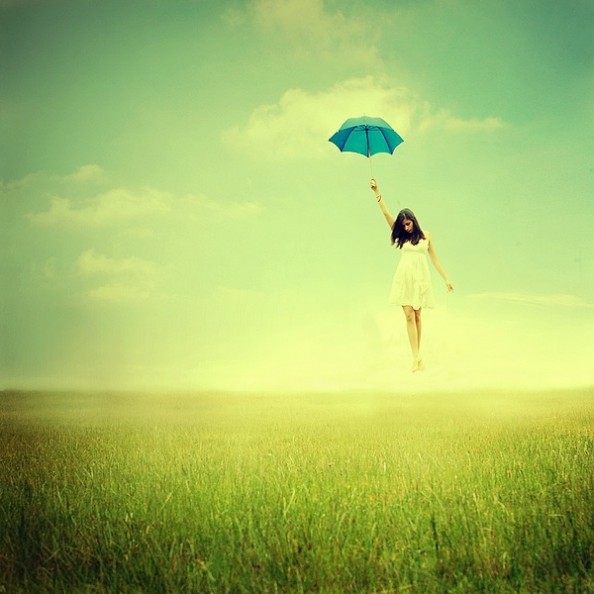 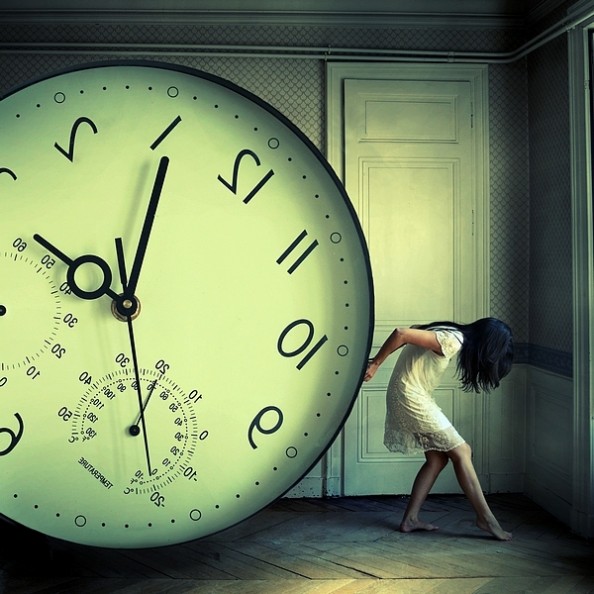 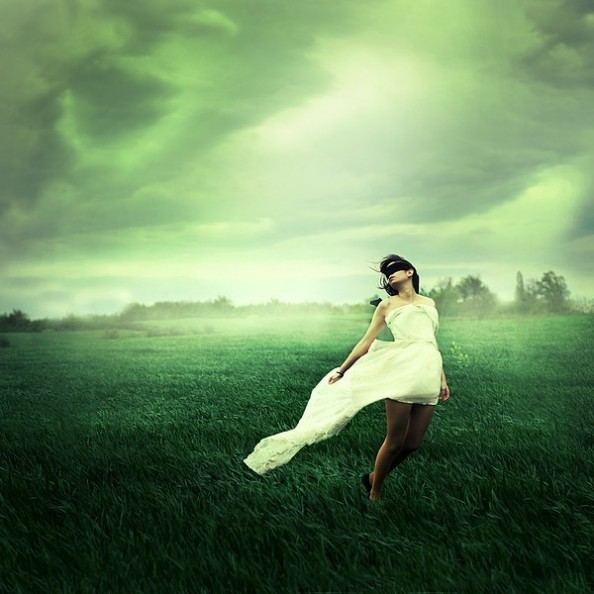 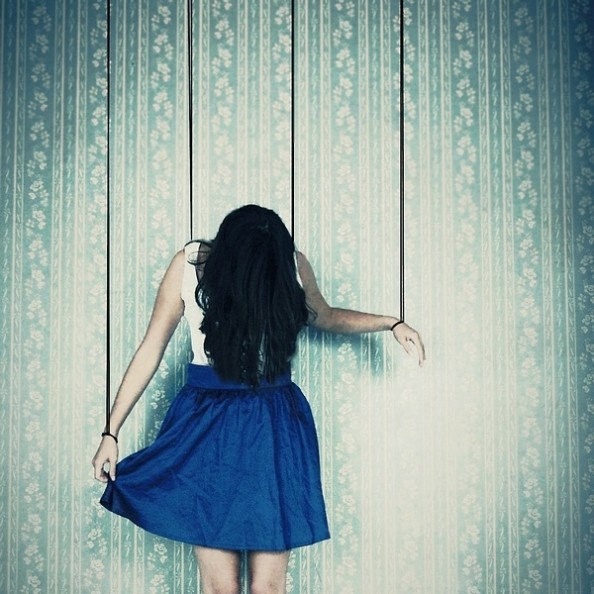 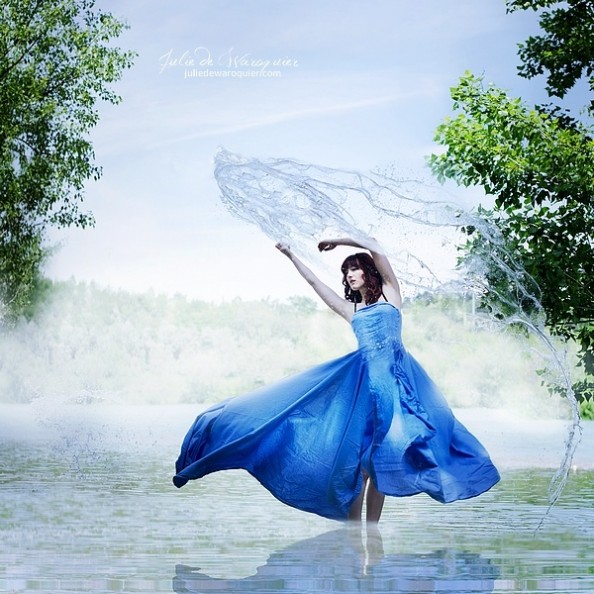 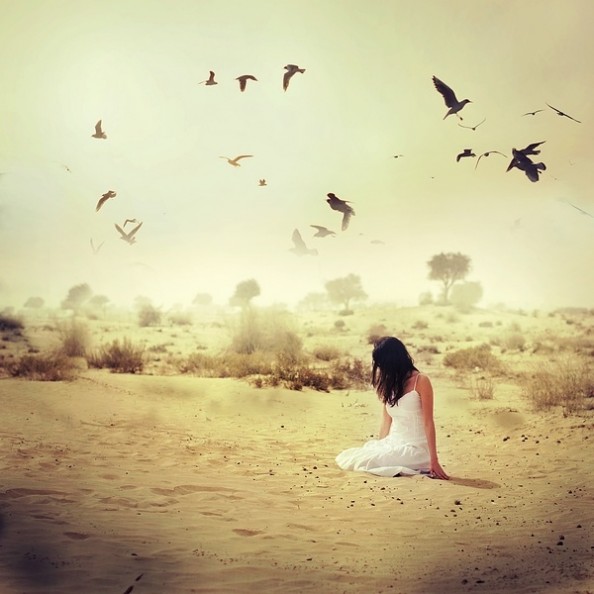 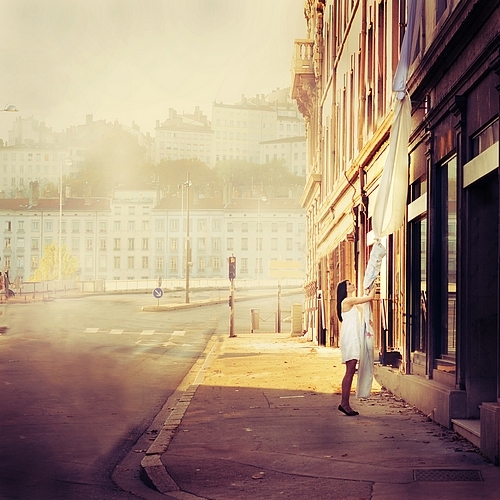 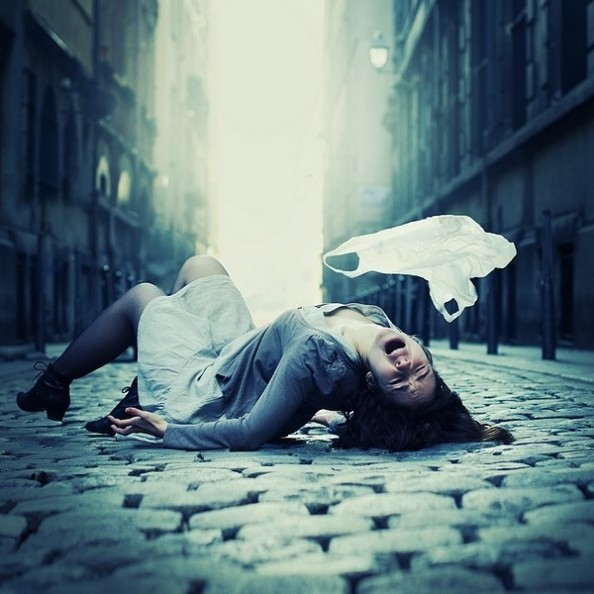 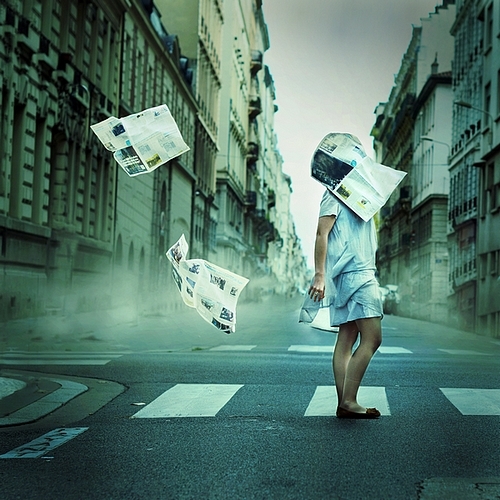 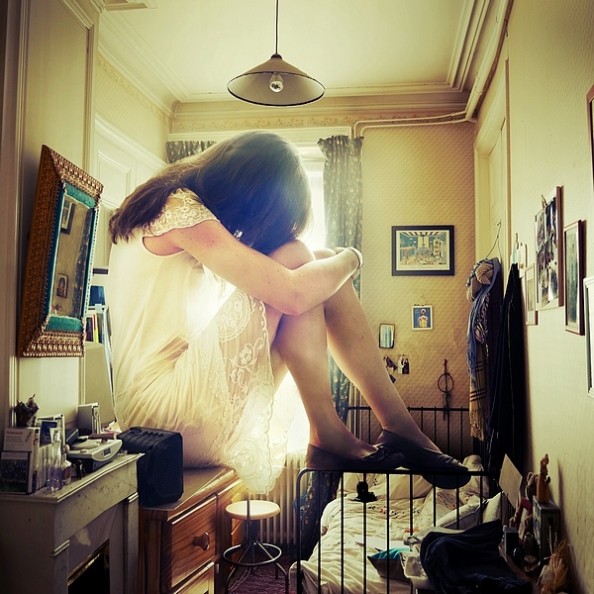 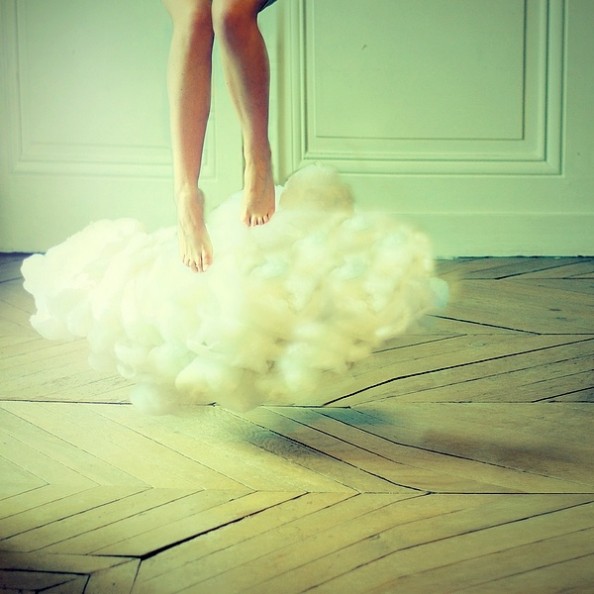 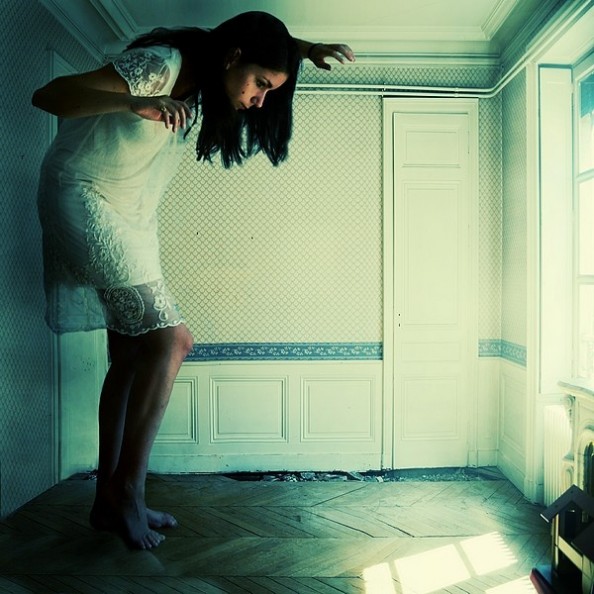 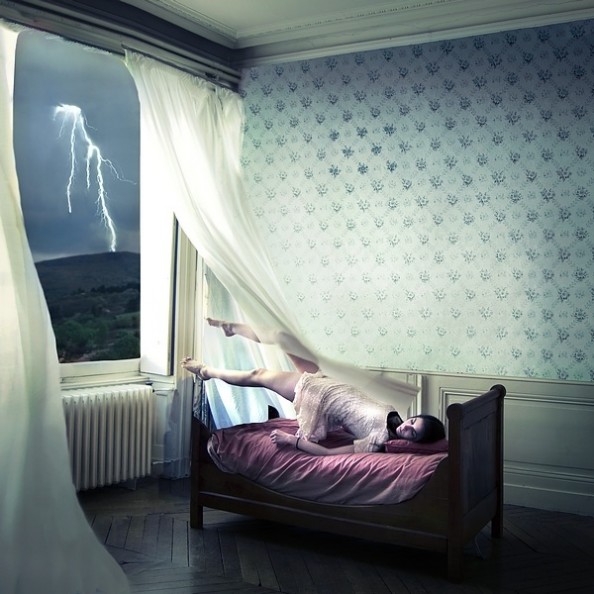 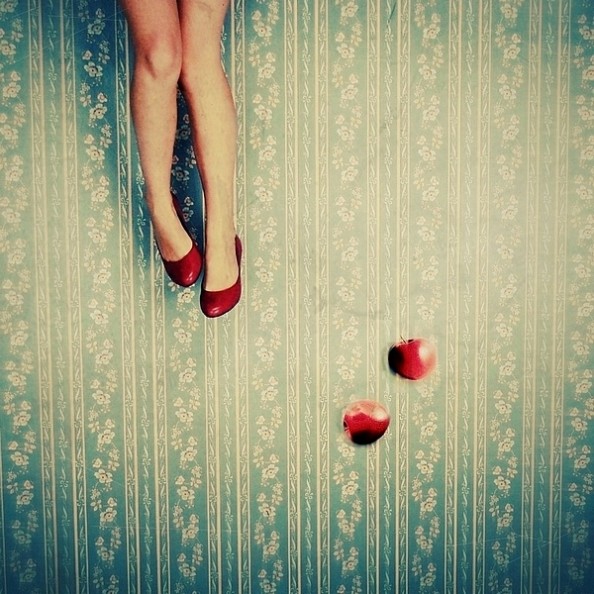 All photos are used with permission of Julie de Waroquier/ Exclusive interview for Mole Empire.

[…] more about the artist by reading an interview with Julie on […]

[…] by French self-taught photographer Julie de Waroquier. We’ve already been acquainted with her surreal photography in a previous interview, but this time the artist focuses on the relationship between two beings […]