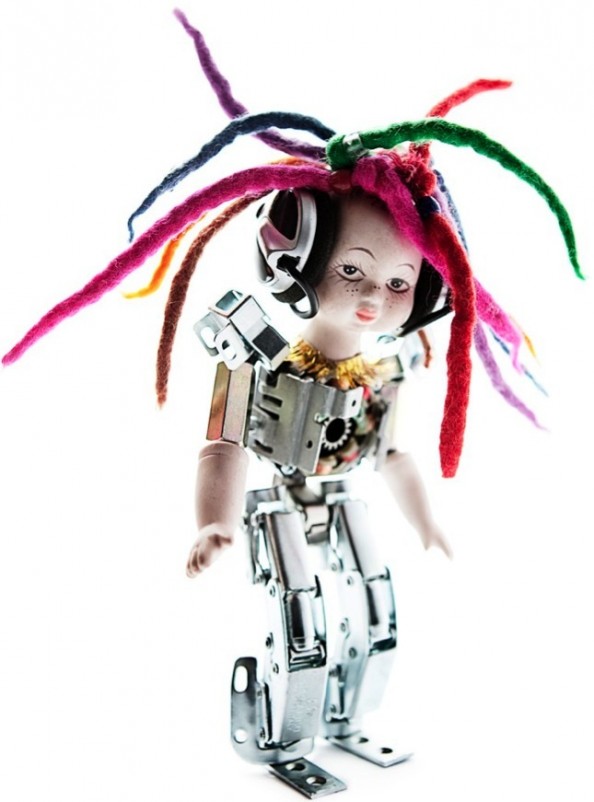 Every day household items come to life in the mechanical sculptures of Andrea Petrachi aka Himatic. Simple things that are thrown away every day are collected by Andrea and assembled in the most ingenious forms, giving birth to original robots that looks as if taken from a sci-fi movie. Toy parts, electronic pieces, or different unimaginable objects fit together in a what would seem a “Robot Apocalype”. But behind the unique personality of these characters, Himatic emphasizes the idea of over-consumption, the  uncontrollable desire to buy things which is taking over our society. Our interview with Himatic further explores these ideas.

The idea of building mechanical robots from discarded items started from Andrea’s childhood, when out of a simple play, he assembled his first robot. Andrea explains how his art emerges from ideas like technology in relation to the human being and over-consumption.

Like many kids, I started disassembling things from a very young age, and I never really grew out of it. I did my first one at about 12, mixing together some batteries, a socket, helmet and some toys arms. In the early 90s I saw a Mutoid Waste Company live performance that really stunned me.

I’m interested in the reject of consumerism and the planned obsolescence of every product, which stand at the base of a mass production society: from the vicious circle of buying, breaking and trashing my art emerges. I’m also attracted by the boundaries between man and machines, our human drive to use technology to change and challenge nature.

A good memory, skills, patience and imagination are what helps Himatic to put up his creations.

One of the most important aspects at the base of my works is the research of items. Then I try to fit parts to each other carefully, I take my time. Also a good memory helps.

I did about 30 robots since 2007, but i used to change, disconnect, rebuild and rename them in time. Some of the works shown in my website were totally assembled during a single night, some others were much more longer.

The destination of the mechanical sculptures is most of the times different exhibitions around the world.

Last year I showed my works at the “Gentle Giant ” in the Strychnin Gallery – Berlin, and at the “Drap Art 2011” in the CCCB – Barcelona.

Collecting the necessary items is a long term process in which Andrea puts much effort. The raw material for building the robots is easily available in many places:

Since I was a kid I used to collect objects found in the streets. Now I mostly find broken appliance in friend’s basements, flea markets and junkyard.

As far as the future is concerned, Andrea sees his mechanical creations in a stop motion movie.

I’ d like to make a stop motion short movie, most of my works have articulated joints.

Either you feel like in Toy Story or just find these creations fun, we hope that for a moment you will stop and reflect to the wonderful ideas behind the robots of Andrea Petrachi. Enjoy more of Himatic’s creations below. 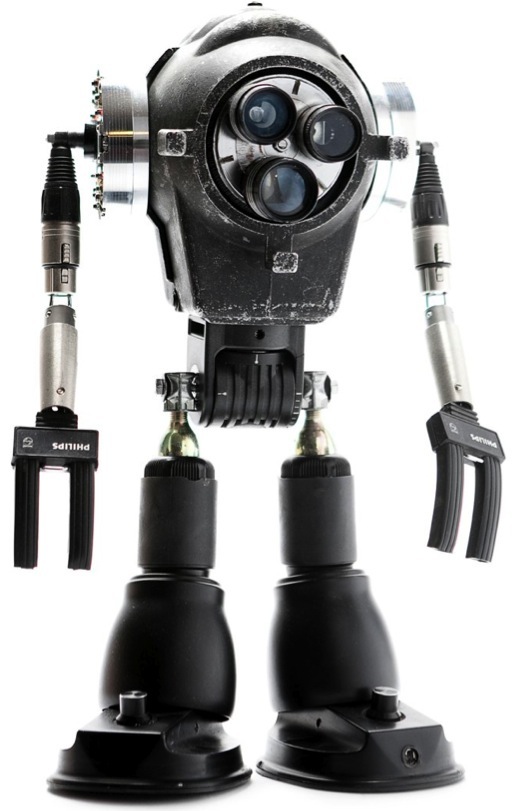 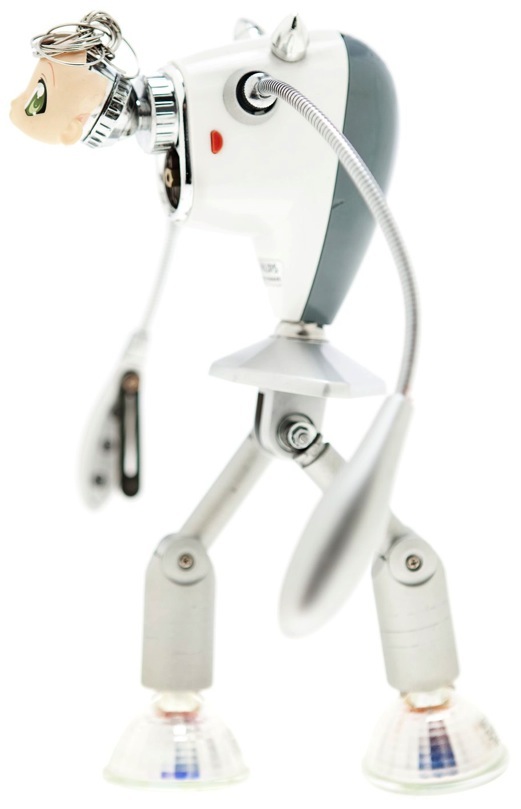 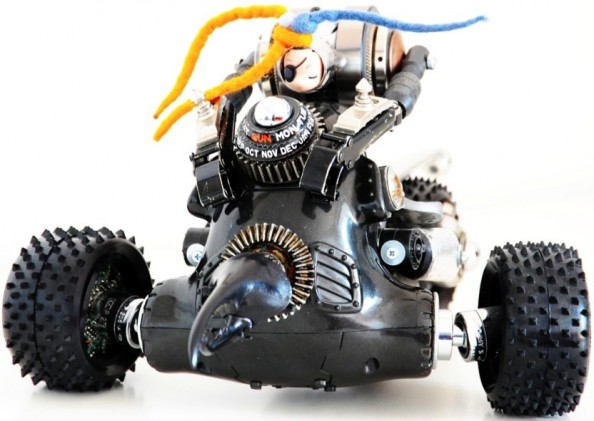 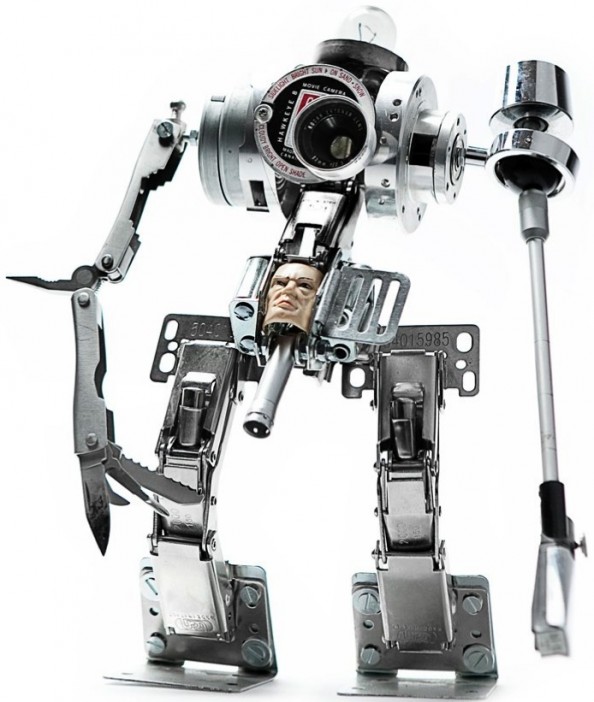 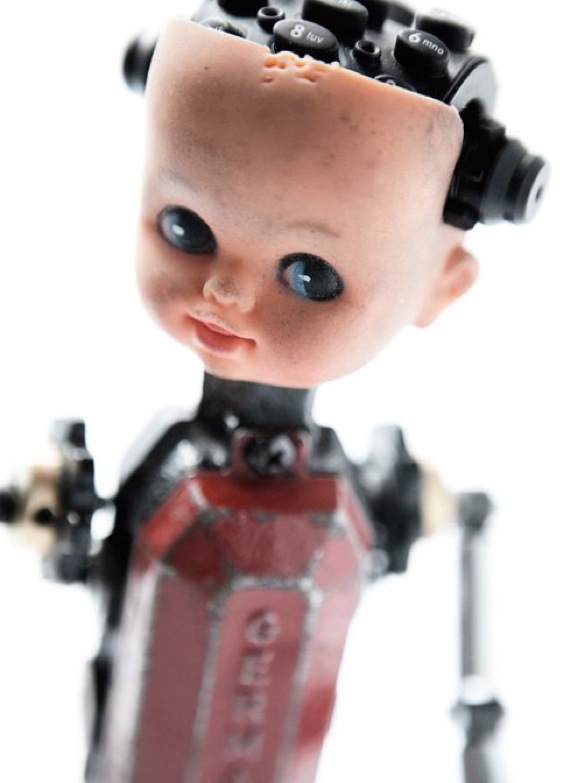 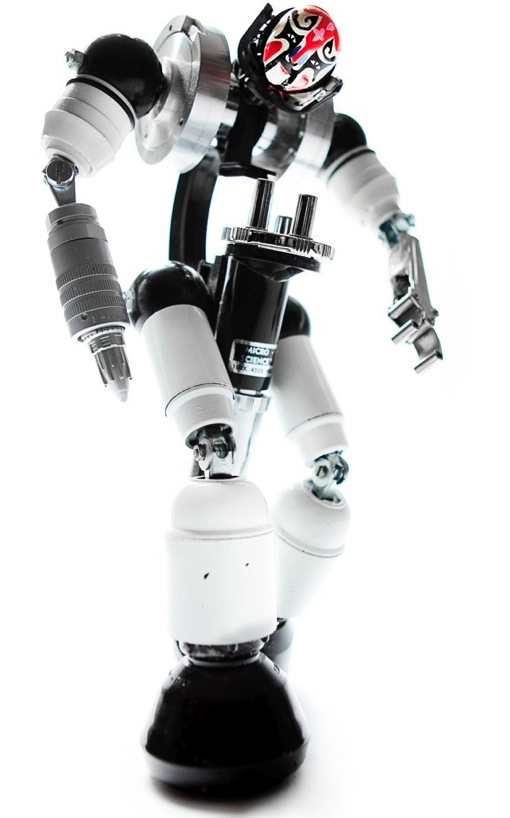 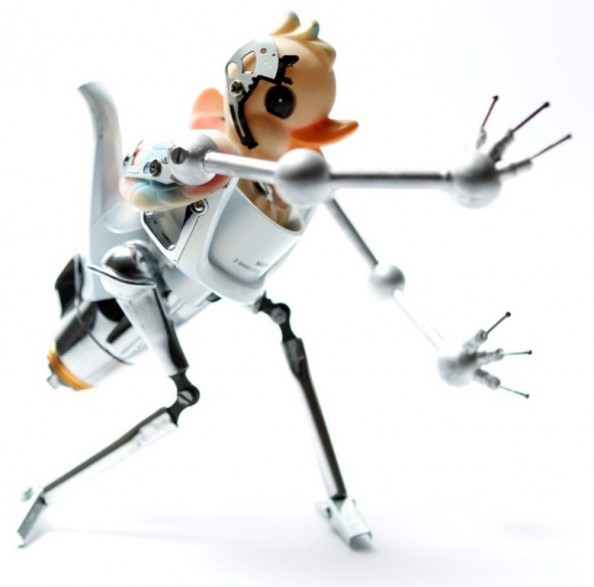 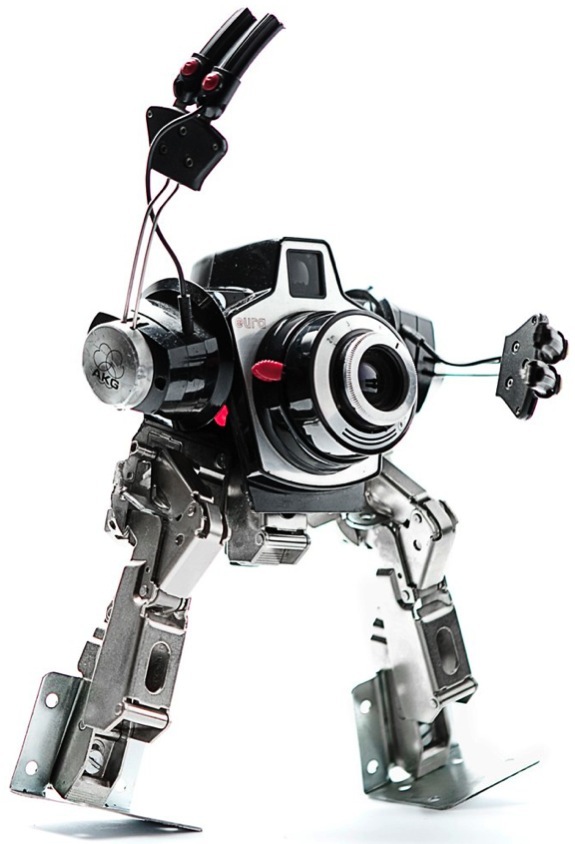 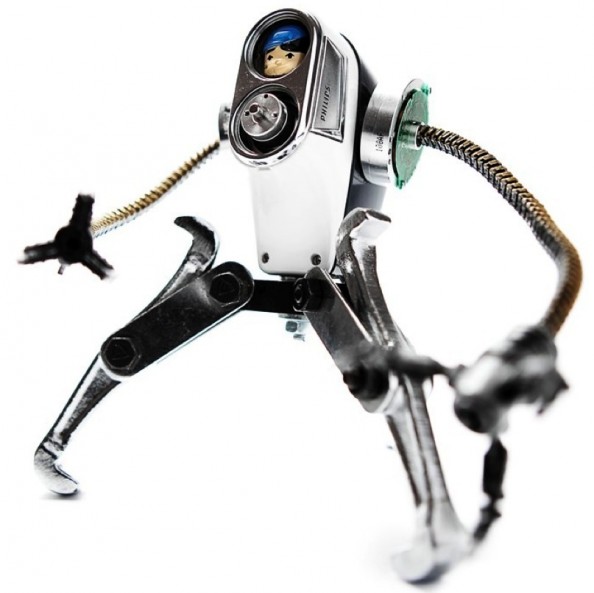 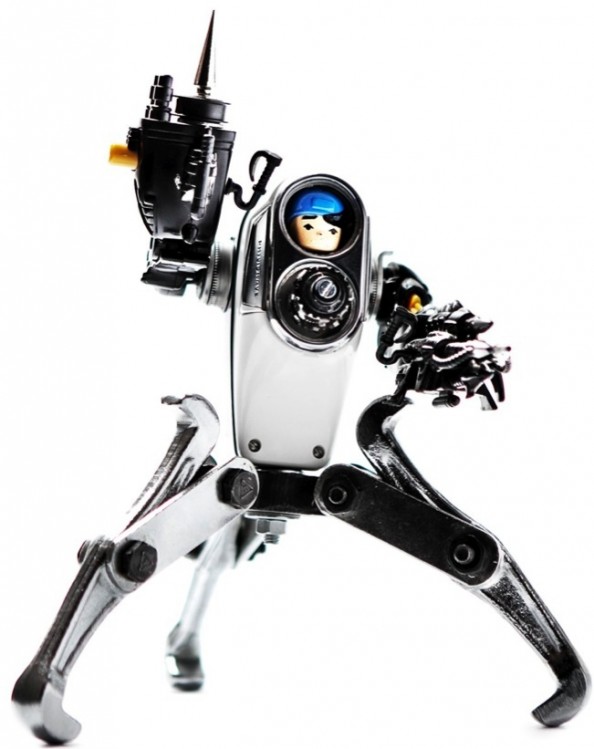 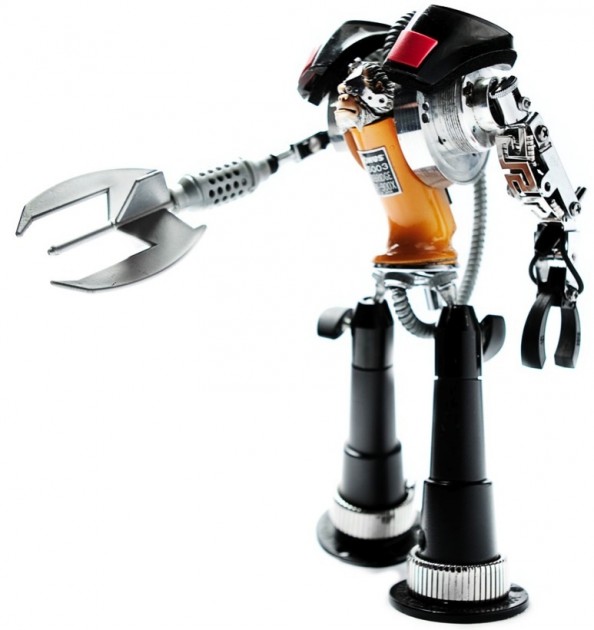 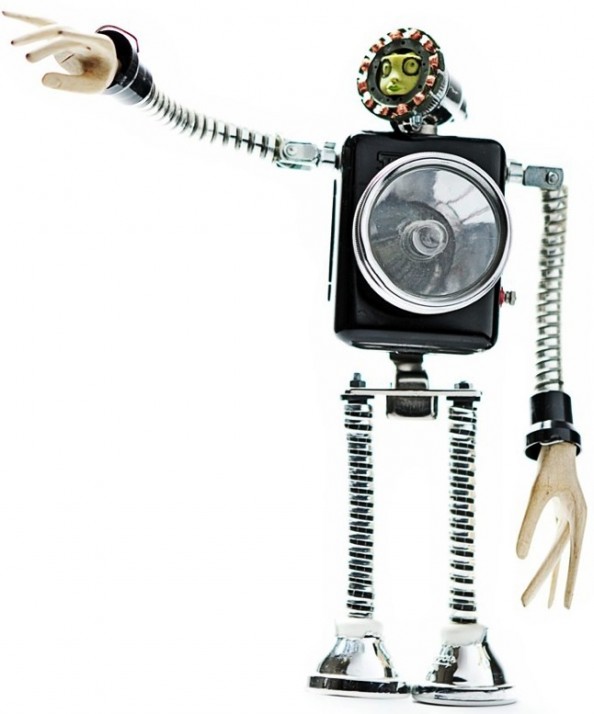 […] on large-scale sculptures involves many aspects to take into account. However, the weight and massive aspect of the pieces is […]