Stay Ahead of the Curve: 2013 Fashion Trends 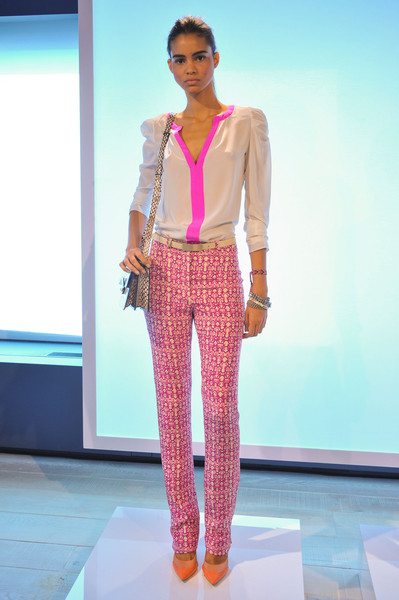 Something more challenging than the end of year accounts awaits you. Yes, it is the ever evolving 2013 fashion trends. The fashion predictions for spring/summer of 2013 are finally out and the race to stock up wardrobes whilst staying up to date with fashion has begun. The style for the New Year is simple, sleek, and classy.

There is no floral bombardment, overload of colors or neon highlights, the new runway showed lots of color blocking, screen-printed designs, and play with fabric. The vintage touch is making a comeback as lots of stripes, short suits, and Bermuda shorts were seen on high fashion runways. The silhouettes are ruffled, baggy, or simply the 60’s inspired fitted high-belts.

Dump away the gold studs, shiny fabrics, and the sequined dresses; the 2013 fashion comes with some addictive new trends. Here are the fashion predictions for 2013 (which are most likely to be true!), so you can stay ahead in the race:

The Men Keep It Simple

As seen on the fashion previews for 2013, most leading designers have left the colors to do the talking. The men’s fashion was simple and monotonic; however the blazers seemed longer on a few occasions. There were little or no combinations when it came to colors and the silhouettes were straight. Little experimentation is expected from men’s fashion in the coming year.

To step into the new season, it is mandatory to invest in something lustrous like Brooks Brothers dress shirts for men. Tailoring is the key element for 2013, keep the stature composed and collected.

Who doesn’t love a touch of vintage? There was a trace of the 60’s seen on the runway, and this is one fashion comeback you’ll be excited about. The funk and playfulness borrowed from the era, along with the bouncy silhouettes, will add a much needed splash of color and excitement.

Even though this trend is most likely to fluctuate until the onset of summer, it is already being welcomed by fashion authorities around the globe. The 60’s high waist pantaloons and skirts, and funky plaid trousers were spotted on the men and women’s runway.

Not just ruffles, but oversized ruffles are the next big thing. It is not a fashion statement unless you are drowned in the classic ruffled fabric. This style is predicted to be part of dresses, tops, and jackets. Many celebrities are already sporting the new fashion rave on red carpets. The ruffles are going to sell like hot cakes this spring. 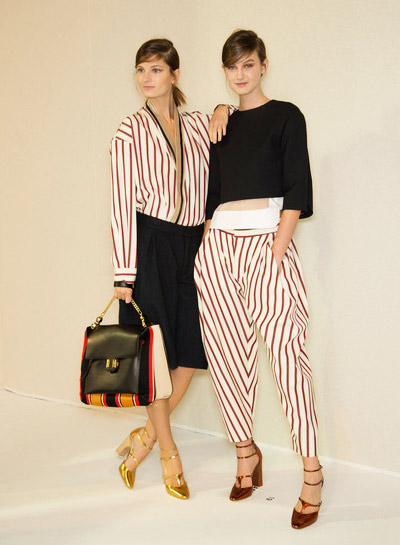 Another fashion comeback was made by the stripe. It makes you reminisce of the past trends when stripes were a part of every ensemble. Even though it is not as dominating, but the trend is back and is pretty much a tasteful one.

It is a fact that stripes accentuate one’s figure unlike anything else. For spring 2013, both men and women can incorporate stripes in suits, dresses, shirts and pants and not to forget, the jumpsuits.

In conclusion, spring of 2013 is all about adding a touch of elegance and class to your ensemble. In contrast to the winter trends, there will be no loud accessories, no loud makeup and definitely very little gold hardware.

The colors are mainly neutral, and monochrome is back in fashion, and here to stay. Keep all things black-and-white, whether you dress down for the day or dress up for the evening. The Japanese dress styles are also back in vogue.

Improvise to catch up with the latest fashion statements, whilst staying true to your personality. Enter 2013 with confidence and flair, so whatever you carry looks the best!

Photos from soullovelyfashion on tumblr

Jump for Joy for These 3 Spring Summer 2013 Trends | GlamWam

[…] Run to Buy or Move On to the Next Trend? If you can get away with looking fabulous in a shorts suit and have an occasion other than the red carpet (that’s where everyone’s wearing them apparently) to show it of. Run to buy. If you’re planning to get one to prance around the office (and you don’t work for a fashion magazine) then stay away from these, they are not office appropriate. Don’t lose hope remember all shorts suits can be made “long” by altering your look just a little. https://molempire.com/2013/01/31/stay-ahead-of-the-curve-2013-fashion-trends/ […]

I think that you will agree with me that there is a lot of jewelry lovers worldwide. I am a giant jewelry lover, too.

I was looking for some splendid and original necklace for myself for pretty long time. I wanted to get something truly unique.

I was searching through a lot of jewelry stores on the internet for over a week, and I was lucky enough to find the company which is selling a splendid glass necklaces. Wow, I realized that I could get a splendid necklace which will give me truly special look I was dreaming about.

So I ordered this necklace from the on-line store which is owned by WEXONMART, Inc. I placed the order, and I received the package from WEXONMART within two days. These guys are pretty fast, for sure.

I was stunned when I opened a package. The necklace was so splendid. These necklaces have been designed by the famous and very talented jewelry designer. This designer has a lot of extraordinary clients like country music stars, girlfriends of politicians, etc.

If you are looking for such splendid necklace for yourself than you can consider necklaces from WEXONMART, too. They are selling a lot of luxury items like magnificent crystal vases, amazing gifts for your loved ones, etc.

I hope that you will find my post helpful.