Named 2012 Design Artist of the Year by the  Design Center of the Americas, master glass artist Henry Richardson is an innovator into the field of glass sculpture. With techniques known primarily to architects, the artist uses hand-chiseled plates of glass fused through a high-intensity light welding process he innovated. Taking mainly large-scale forms, his sculptures feel translucent and light, as the master approaches glass as most sculptors work with stone or metal, hence the originality of his works. Structured into three main series: The Sequential Series, Spheroid Series and Column Series, Mr Richardson’s works bring light and energy into both indoor and outdoor locations.

Due to their rather simple shapes, and the way glass is shaped like a translucent stone, his pieces have a timeless appeal, just like ice. So his works are both a spectacle of lights and excellent subjects for contemplation. The artist uses the motive of fractured glass as an element of creation, his process being comparable to the metamorphosis of the butterfly. The theme of regeneration is highly present in the artist’s work, his 9/11 Memorial piece on permanent display in Danbury, CT being a living proof of this. 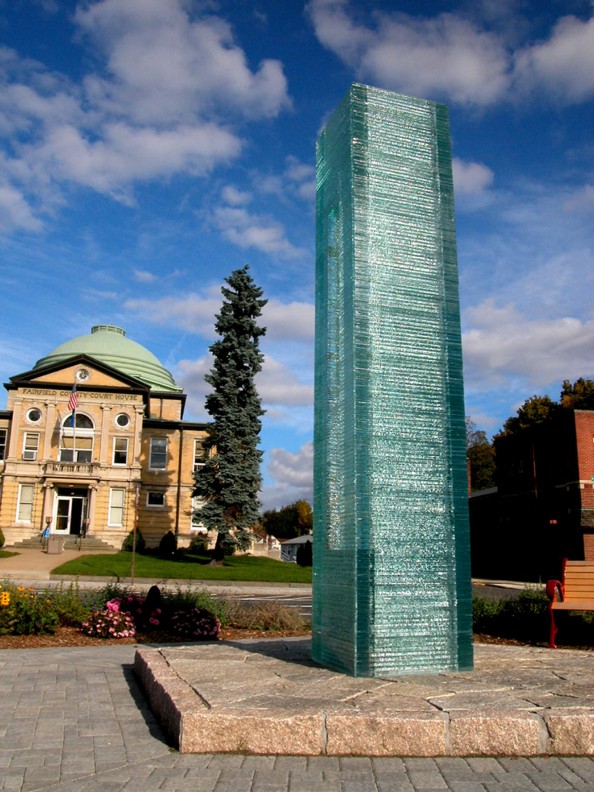 We had the opportunity to discuss a few aspects of his work with the artist himself. Check out below our interview with Henry Richardson, covering aspects about working with glass as a new sculpting medium, and an insight into his works.

Mr Richardson’s defining series are centered around the same elements: spheres, columns and orbs, all of which seek to create an emotional connection with the viewer. The artist explains the simplicity and the choice of this particular forms in his art.

The primary reason they are “simple” in form is that the interplay between the chiseled surface of the glass and the translucent light that shines through are very complicated in their interaction. The simplicity of the form helps in the communication of the concept of “an inner light”, it is something the viewer can recognize immediately but is translated through the medium in a way they’ve never seen before, bringing it to life.

Working on large-scale sculptures involves many aspects to take into account. However, the weight and massive aspect of the pieces is reduced by their translucency and radiance, still remaining a complex body challenging the viewer on a visual and metaphorical level.

Working on large-scale sculptures is compelling but sometimes worrisome. You have to think very carefully about the way that it’s built, engineered and transported. There are many logistical considerations and exponential labor from doing these pieces.

More traditional mediums like stone, steel and wood have a very heavy mass which is one of the most powerful elements. When working with glass, the light transmission appears to reduce the mass of the work greatly, changing the aura. It brings you inside the piece connecting with the energy instead of just reflecting on the surface.

Entering an unknown market was a challenge for Mr Richardson. The success of his first large scale sculpture gave him confidence to experiment even further with this type of artwork.

I got started doing large-scale sculptures when a collector of some of my smaller works wanted to commission a large piece that would stand on the edge of a cliff overlooking the ocean at their home in Beverly, Massachusetts.

After visiting the location and speaking with collector I first conceived a large spheroid piece. Since nobody had done anything that size in glass before, I let the collector know it may not be possible to which they replied, “I have faith in you, I will commission the work and if it doesn’t work, it doesn’t work.”

Completing the piece using a light welding process I innovated gave me confidence to create other large scale sculptures. 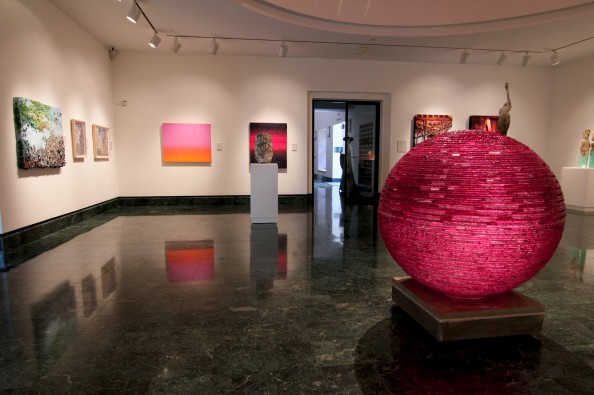 Having no reference point to relate to made it even more difficult for the artist to launch himself into this area, but not being influenced by many other artists led to an innovative way of working with glass on large scale. With the usual tools for sculpting such as the hammer or chisel, he gives life to his glass and then bonds it with special transparent adhesives.

It was extremely difficult to enter into this type of sculpture because no one had explored the areas I was working in; there was no real reference work. The process of translating ideas and feelings into my work has been complicated because I also had to invent many of the processes to make it work.

When coming up with the concepts for his next works, the artist relates to the environment and the type of work he is doing: either a personal or commissioned one.

It completely depends on whether the work is a direct commission or something I’m creating in the studio without any intention into its final home. I often think about the observer effect, a term in physics where the process of observing an object changes the behavior of that object.

The consulting process with the collector inevitably changes the concept and inspires me to think about these forms in different ways.

In the artist’s innovative approach of sculpting with glass and using it at a stone through which light gives it personality, there are also elements of architecture and mathematics involved. Henry Richardson explains how his background and passion for science, mainly for geology, helped him to develop those skills.

While in college I always conceived of myself as an artist pursuing a professional career. I took science courses and fell in love with geology (ultimately my major). The science and math skills I acquired gave me a new understanding of life, time, earth, etc. all that are now vital to the work I create – not just in the engineering of the sculptures but also in my philosophy behind them.

Much of the design necessitates an understanding of the physical properties of the plate glass and bonding material. Since these large forms are created using many smaller pieces, you have to have a mathematical background to generate the hundreds or thousands of pieces so when they are put together they form a comprehensive or intended form. 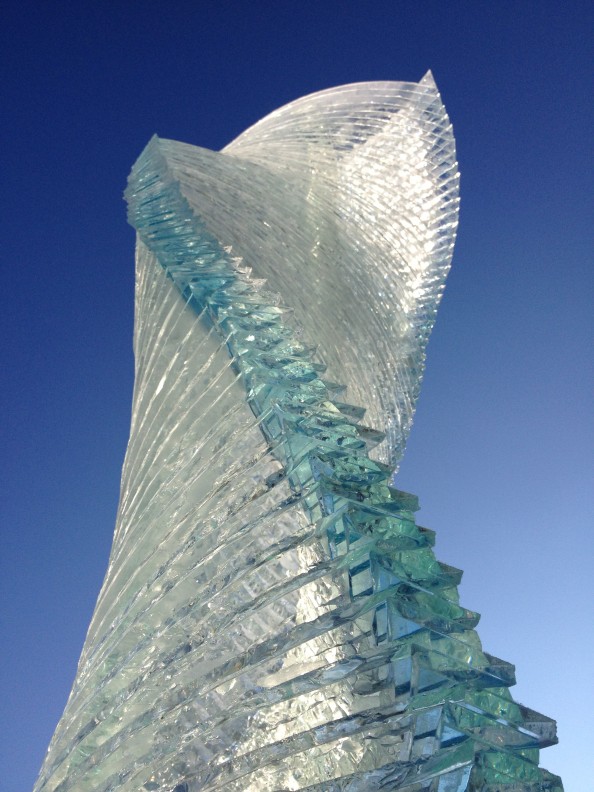 The pieces are elaborate and simplistic in the same time, taking up to months to complete one piece.

It takes as long as necessary to create a piece that I am comfortable existing in the world, in some cases it’s been up to six months. The Danbury memorial took almost five months, a four foot orb can take up to two months.

With numerous exhibitions, honors and awards (of which the most recent is the “2012 Artist of the Year”), Henry admits that the international recognition doesn’t change his work or his image as an artist in any way.

Awards and prizes are not something that I’m actually pursuing; they come out of the blue as work becomes more recognized.

If you pursue a career as a lawyer or doctor there are measurable milestones that occur that give you a sense of whether you are succeeding. In art, as in many creative fields, there is very little in the way of benchmarking which makes it difficult for those with egos who require constant feedback.

The only way for me to pursue art as an occupation was believing that what I could achieve has merit with or without recognition in the form of awards or prizes. So while accolades are great to receive, they don’t change me or the direction of my work – although it is nice when I see the family for Thanksgiving and they don’t ask when I’m starting medical school.

For the near future, the artist’s direction includes the idea of motion and extremely large scale pieces.

I’m beginning to pursue the idea of motion in the static form. Ultimately I would like to create something at an extremely large scale, maybe 120 feet in diameter. Work this large evokes a powerful emotion in the viewer and becomes a destination for the public.

Enjoy a selection of Henry Richardson’s sculptures below. 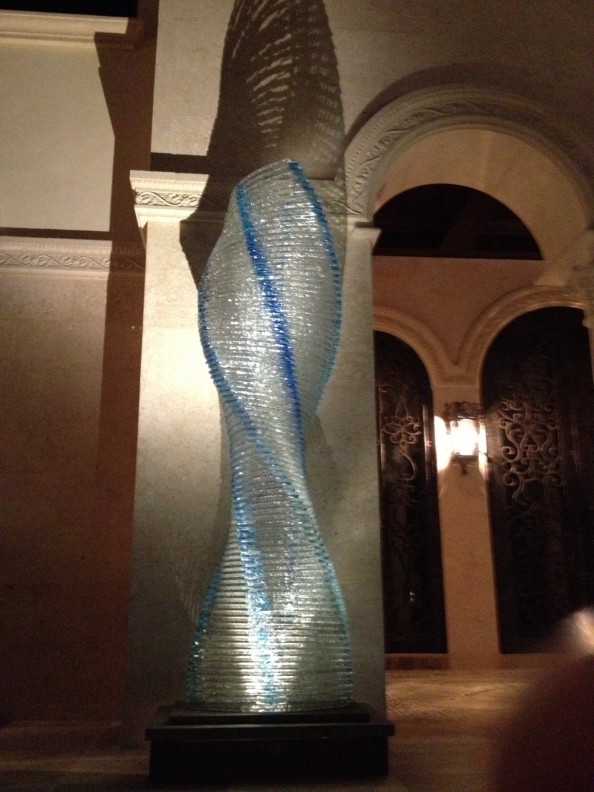 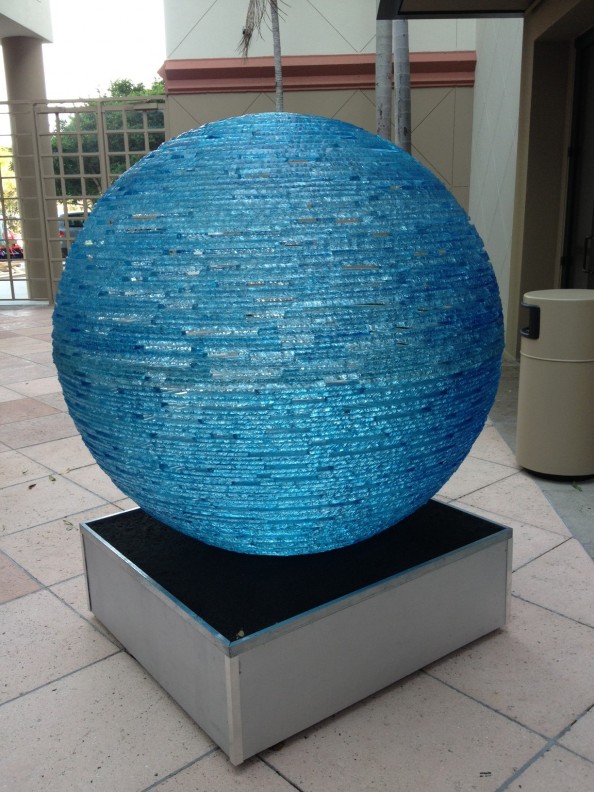 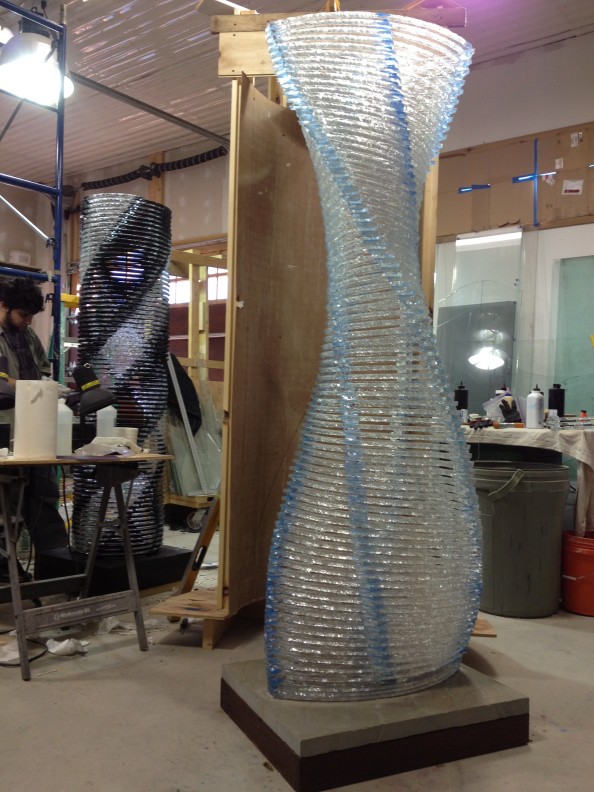 […] 10 Section, the artist has quite an amazing background, having worked for nearly a decade as a glass artist and in 2011 completing a 7700km bike tour across […]