A Tribute to Christopher Columbus: “Colón washes whiter” by Luzinterruptus

Luzinterruptus, an anonymous art group which draws attention to public spaces with their art installations, made a nostalgic statement through their newest piece “Colón washes whiter“, in the Prado Recoletos Corridor in Madrid. The statue of Christopher Columbus (Cristóbal Colón), which was given by the Italians to the city of Buenos Aires, was standing in this square for 34 years, until de authorities decided to move it a few meters away, in order to align it in the center of the square which bears his name. The movement was done, of course, from the pockets of the Spaniards.

While the initial intentions of allowing the pedestrians more space was supposedly covered with numerous new construction sites, the space the statue occupied is still left blank. This was the perfect invitation for the Luzinterruptus group to pay their tribute to the famous navigator. Using 50 recycled boxes from the Spanish famous detergent Colón, which apparently washes whiter, the group glued and illuminated the containers to create a simplified version of the monument. Seen as a metaphor for the Spanish dirty money which transforms them into something “whiter”, and more legal to use, the art installation was occupying the pedestal for 1 night and 1 day, with passers-by not daring to interfere with what seemed to be an advertising campaign of the famous detergent.

Enjoy some shots of the installation below and congrats to Luzinterruptus for such an original idea. 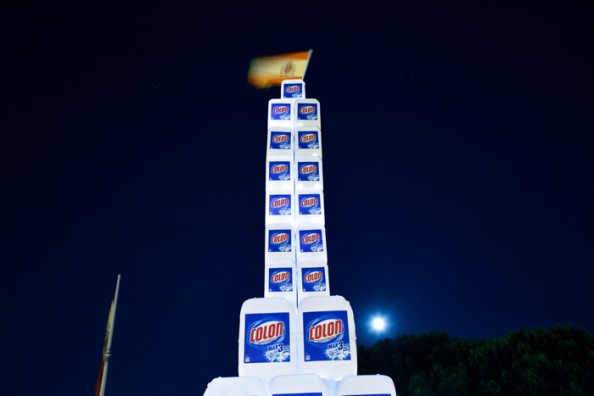 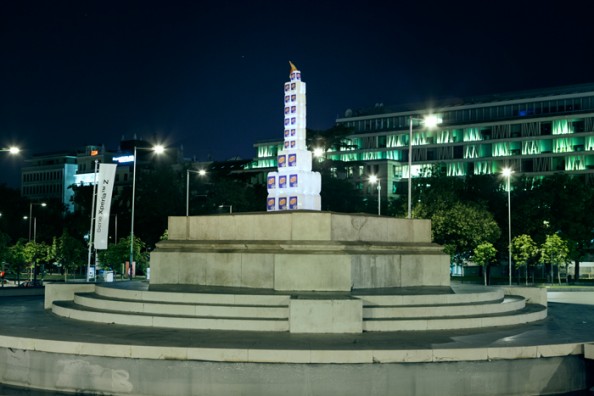 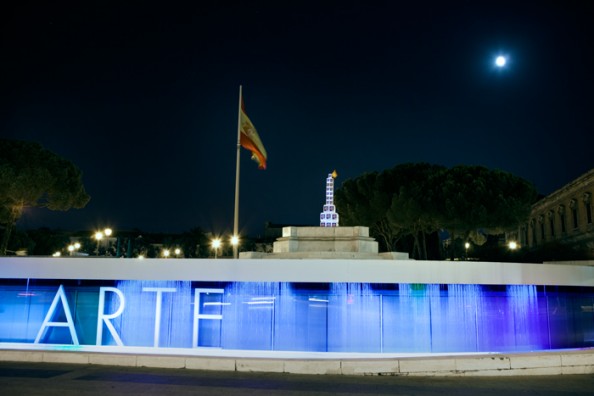 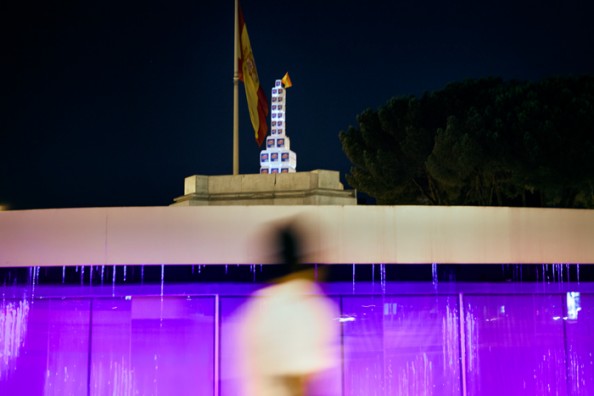 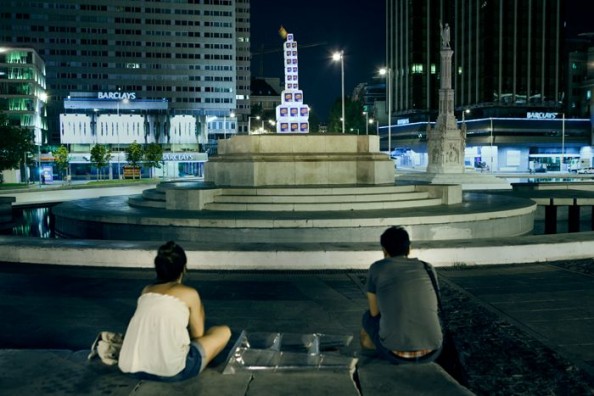 CAVEA Light Installation on the Beach of Cadaques | Mole Empire

[…] more photos of the installation below and a making of […]