In this day and age, any visitor to the Old Truman Brewery in East London will be enticed by the sensual and cultural odyssey found in Brick Lane. People can appreciate a whirlwind of food products from starchy English fare to Japanese okonomiyaki  as well as graffiti by artists such as Banksy. The elusive character is currently appearing in a Where’s Wally-esque hiding competition, giving some other artists a chance to promote their mediums. “Hang-Up Gallery”, based at 56 Stoke Newington st. in London, is hosting the fourth edition of the “Moniker Art Fair”, running until Sunday 20th October, and includes the works of four artists: Lauren Baker, Magnus Gjoen, Mark Powell, and Joe Webb. Their items feature materials such as decorated skulls and 3D painting + gold leaf, proving that innovation is paramount and reflects cyclical themes from the past, present, and future.

One of the artists works in a converted farm next to a field full of cows. Webb features motifs from childhood in one of his pieces, which depicts a young boy painting a planet in a solar system, cleverly combining different types of art.

I work to a rule of using just two or three  for my hand made collages (no photo shopping allowed), its creator explained. I found by stripping back the materials the result becomes more dynamic and the message simpler to decipher. It’s also a bit like sticking two fingers up at everything.

The past is also represented in Baker’s work, which primarily features skulls that act as a memento mori.

The meanings of skulls differ greatly from being a sacred symbol of luck or protection to representing life, death, resurrection, or danger, the devil and so on… I chose to question death and explore it and that comes out in my work. I am just drawn to skulls. 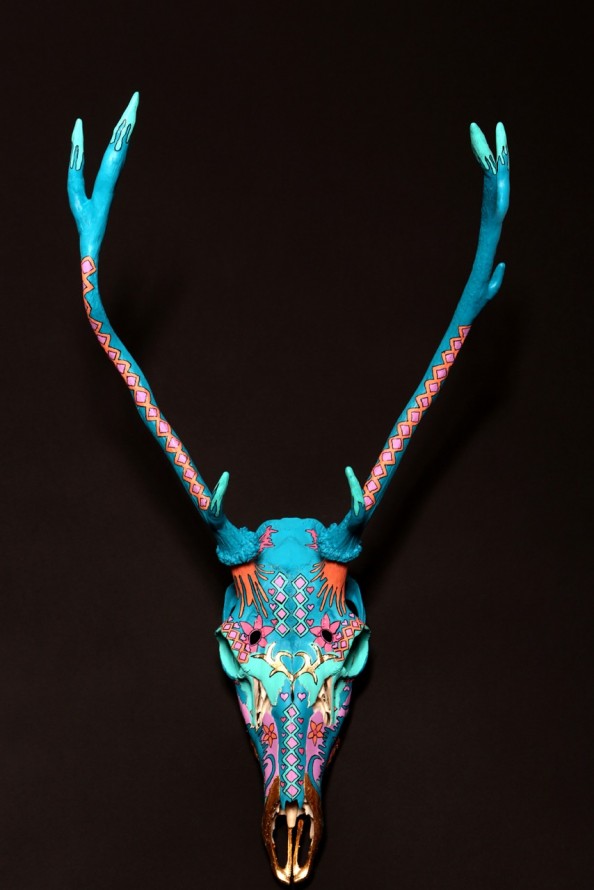 She also uses them as an opportunity to apply techniques, demonstrated in her piece that shows a blue animal skull decorated in different colors that conveys the artist’s sensuality and is exceedingly more Pop Art than Pop Idol. “I’m obsessed with neon and infinity mirrors at the moment. In the future I’d like to play with metal, expanding foam, expanding foam, glass and more. I’m constantly experimenting and evolving.”

Powell utilizes traditional artistic methods by his way of using fine imagery drawn onto antique documents, with one piece featuring an old man slightly resembling the actor Roman Polanski. This was applied in black biro on a copy of a map of Great Britain, a method that avoids drawing on a black canvas.

Choosing the canvas that I choose adds an extra level to the drawings. The subjects I draw wouldn’t be as strong without them. 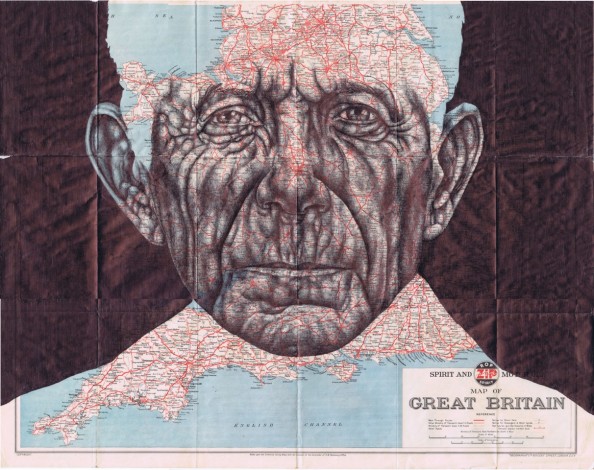 The art fair also indicates a seismic shift by displaying pieces with a steely drive and ambition as all its contributors are already pursuing or will pursue ideas. Gjoen’s work challenges conceptions of media & material with 3D printing and gold leaf.

A lot of people like original pieces. What are you going to do next? If you keep asking yourself that you will progress. 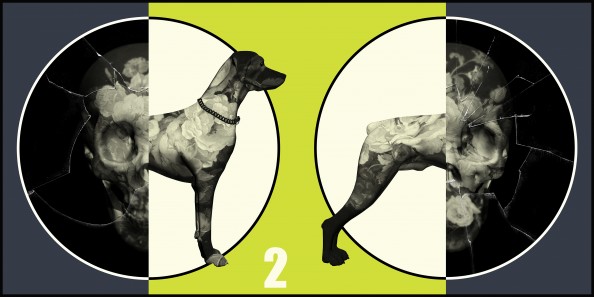 Whilst Baker will be going to California to host an exhibition at the Art Cube Gallery that runs from 26th October-1st December and Gjoen will have upcoming shows in Essex as well as Art Basel in Miami, the artists have proved that Moniker 2013 will be an opportunity to promote works with integrity and expert skill. The art market will become increasingly commoditized and centered around self-gain and avarice, but we must hold on to these kinds of progressive artists with all of our hearts.

Photos are courtesy of Hangup Pictures