The Sweet, The Transcendental, And The Metaphysical: A Music Playlist 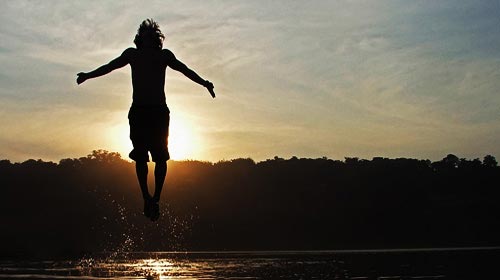 Photo by wikido on tumblr

Music has innumerable possibilities, taking emotional states and even metaphysical matters into the listening experience. Everybody knows and has songs that have and continue to take them back to some other emotional plain. This fairly short playlist outruns the gamut by ranging from Ash to Neu!, showing how music can be sweet, transcendental, and a real auditory journey.

1) The Beach Boys: All Summer Long

The Beach Boys start proceedings with a song that mythologizes the idealized lands of L.A./California, condensing the beauty of the summer season and projecting it into 2 minutes of joy, also taking listeners back to the joys of their vacations.

A remarkable song that leaves the rest of the band’s output with its tail between its legs like a naughty Russell Brand after being left outside in the garden.  Cinematic, stark and beautiful and makes the author eyes unashamedly start to water.

Sweet and blissful, combined with an industrial edge, it has a factory influence that is straight out of the bleak urban landscapes of Eraserhead.

This pop song has a blissful melody that has transcendental properties that prove that there was and is considerably more to the Irish rock band than Girl from Mars or Shining Light.

This song from the sadly little-known Swedish band has more than just a slight psychedelic edge to it that is mixed with funk/Jimi Hendrix-esque guitar work that Lenny Kravitz failed to emulate.

The bass playing here does what the best music does best: it touches upon something deep inside of this writer on a metaphysical level; it’s both slightly unusual and hypnotic.

This minimalistic and highly original rhythmical odyssey is beloved by Pitchfork Media for one, showing how its influence continues to last in certain sectors of the music industry.

A haunting, stark piano-based piece that sound-tracked a film starring the karma chameleon himself, David Bowie.

10) Pink Floyd: The Great Gig In The Sky

This ethereal epic is from the massively renowned The Dark Side of the Moon, an album which seems obligatory for parents to have to play to their kids.

Part of the ‘Acid House’ scene and amazingly released in 1989, the start of the song sounds like it could have been recorded recently. An ambient journey for the listener.

The electronic act/duo are bastions of the New York underground and indeed overground scene, and this sounds like electric snow cascading down on the listener, or a wintry song that matches the time of year.

This lush panoramic song from the originator of ambient music is a logical way to finish this diverse list.

[…] Remember that beginners and children should always stop blading when a car passes, and refrain from listening to music while rollerblading in order to be fully aware of their […]