Movember first began as a phenomenon to raise awareness for men’s health issues, such as prostate cancer and other male cancers, but now it looks a bit like it’s becoming more of a facial hair mass growing festival all around the world. Most of the people can’t even remember what Movember was about, they just like the opportunity to grow a ‘stache. But even if they forget about the cancer awareness idea, it’s essential for them to at least remember it’s a month of manliness and not of cockiness.

So then, inspiration taking many forms and specifically inspiration derived from cinema, we need some voices to make this heard. Let’s see what Darth Vader has to say about it. 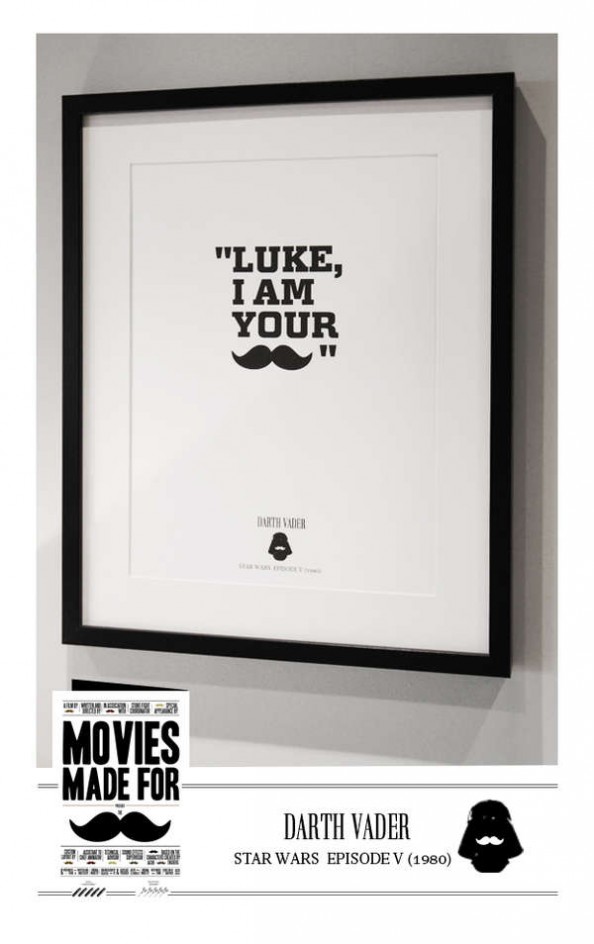 So what is this, then? How did that get in there? The story is quite simple actually. Jacob Engberg, a Copenhagen-based artist, basically took famous movie quotes and inserted a mustache insignia inside them. The ‘stache symbol is, thus, a synonym for all the awesome words in the world. Have some more of it: 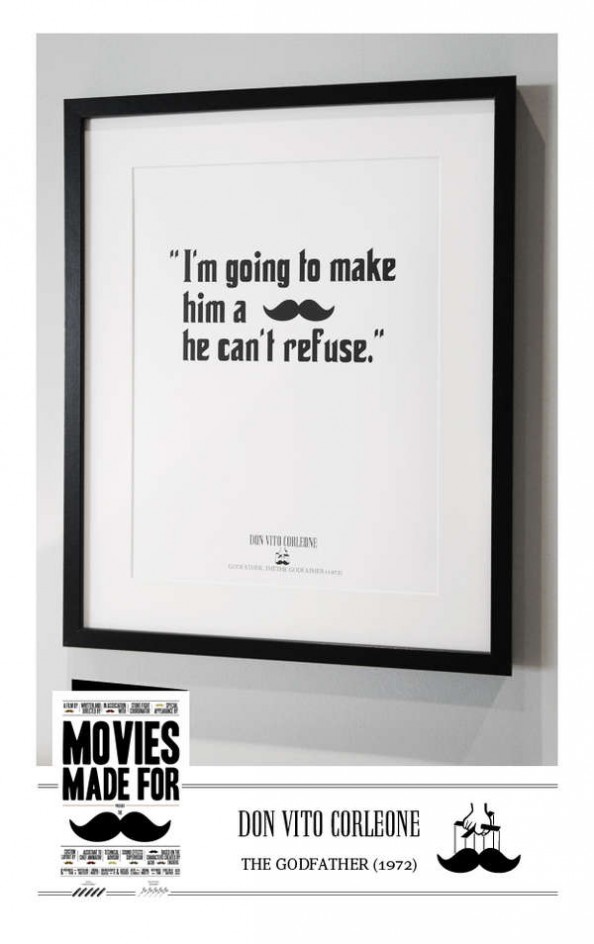 So yes, this goes very well with Movember, when wearing a moustache is more of a state of mind. And even if the characters quoted here didn’t actually wear moustaches, this is more of a symbol for manliness than anything else. 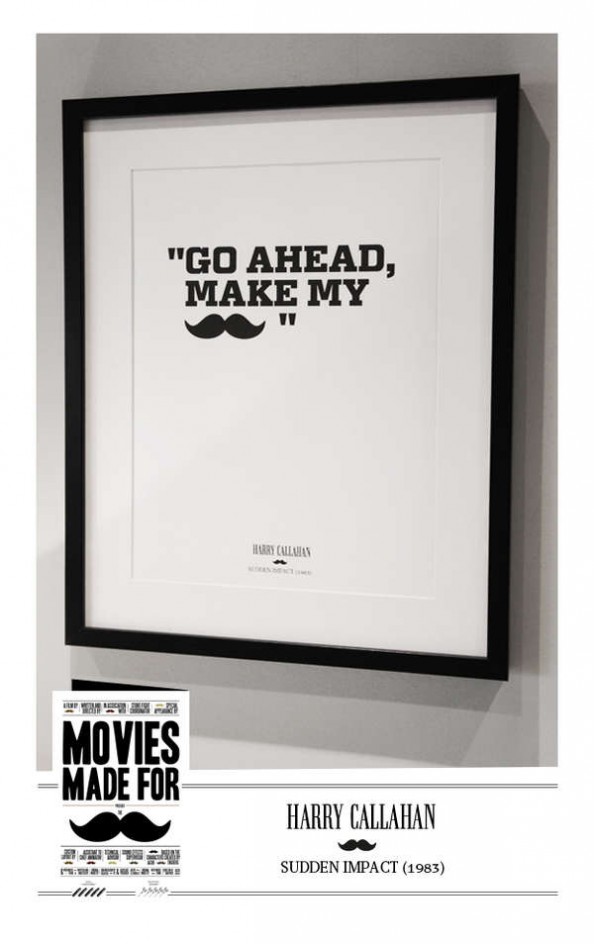 So with the initial sense pretty much gone, Movember is pretty much that thing that happens on social media before all the Christmas craze comes in. Or is it more? 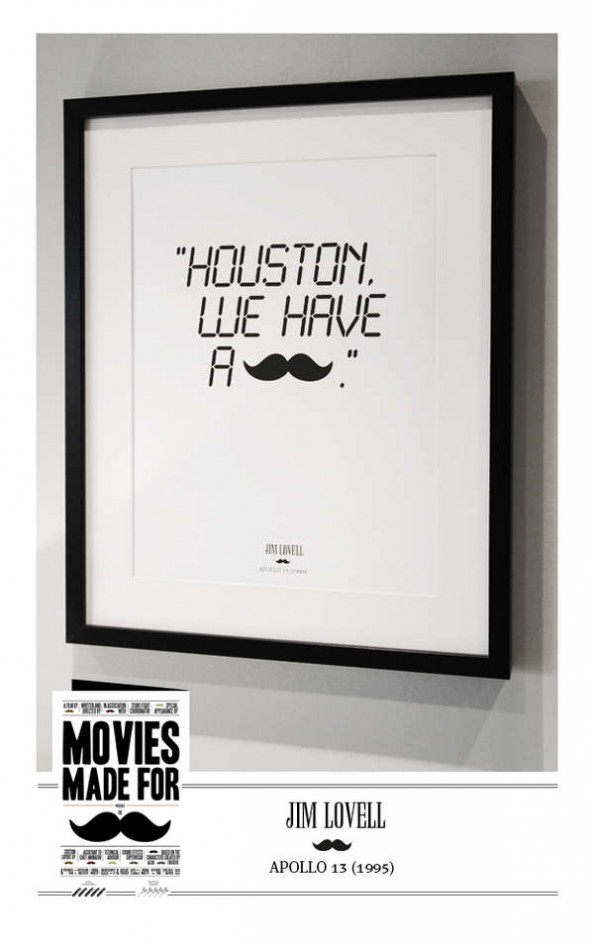 Movie posters are great for spreading messages and the insertion of a ‘stache in the alphabet is actually a great idea not just for the month of November, but for chatting too. 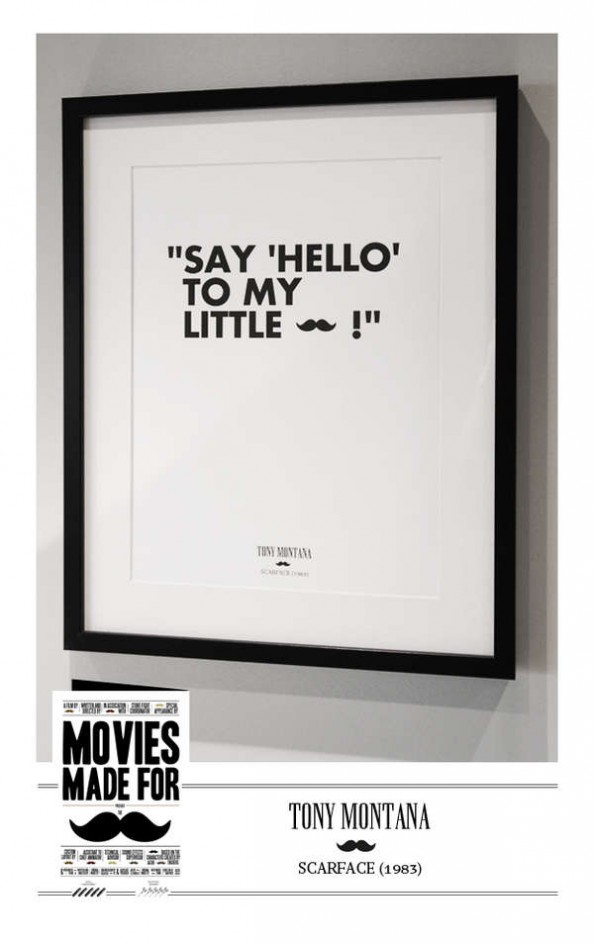 To some people Movember might even be helpful, if they’re trying a moustache for the first time in their life. It might even show them a side of themselves that they’ve never accessed before. 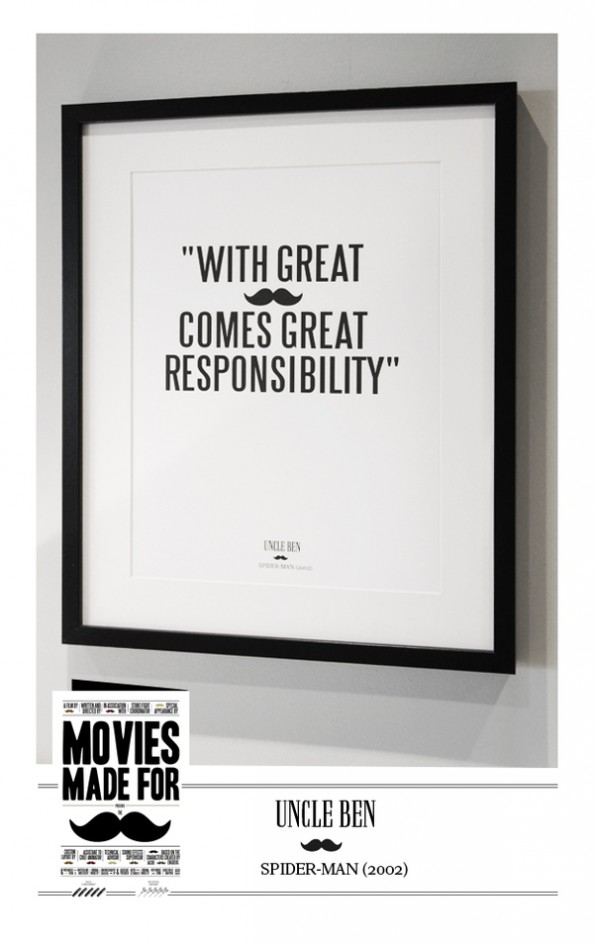 So Movember could also be taken as a test drive for moustache rookies. In the end, of course, it’s still the women’s decision, because moustache is in the eye of the beholder. So thank you, Jacob, for revealing to us the great power of the ‘stache symbol. All hail the great facial hair underneath our noses, for it is the greatest power known to mankind. I mean it does battle prostate cancer, doesn’t it?

[…] Lately, it would be right to say that more-and-more people are going for facial hair transplant. We draw this conclusion from the rising searches over the internet. It has become normal to come across searches on topics such as: why get a beard transplant, what are the benefits of a moustache transplant, or how to improve your looks by getting a hair transplant. Although hair transplant has been around, it seems to be catching on rather fast lately. Men of all ages and walks of life seem to have rediscovered the secret to having a fully grown beard, a well formed side profile, or the modest looking moustache. […]