A Method Actress in Manhattan: An Interview with Bettina Mangiaracina

A young woman cackles to herself and moves around a flat somewhere in New York City with a lump for mankind in her heart. This kind of figure is straight out of a Batman film and indeed the capital of the United States has its own Gotham, but Manhattan has its own negative connotations as the place where both Heath Ledger and Phillip Seymour Hoffman passed away. Maybe the nearby Hell’s Kitchen, which was made famous in the acerbic novel and film American Psycho, says it all and perhaps Rockford and a hard place isn’t too far away in Illnois, after all… 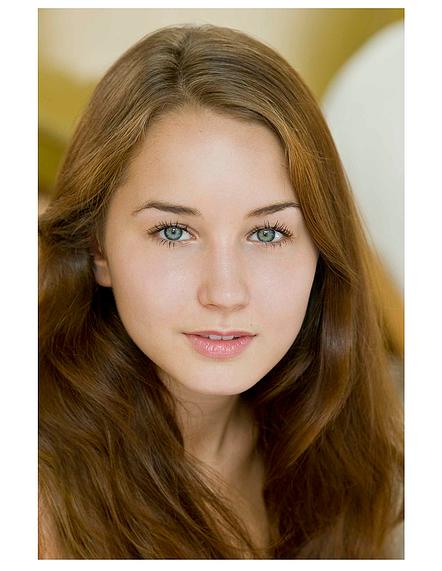 This youthful figure happens to be the Italian American actress Bettina Mangiaracina in a a convincing guise from a film. She has indeed walked the gilded streets of NYC, although she is refreshingly free of Italian American clichés such as Scorcese and Coppola that have surrounded Italian American culture. Bettina has already outrun the gamut by being an actress on television including roles on MTV and the anti-bullying film Bullycam, feature films, commercials, and has taken on modelling with her natural looks. 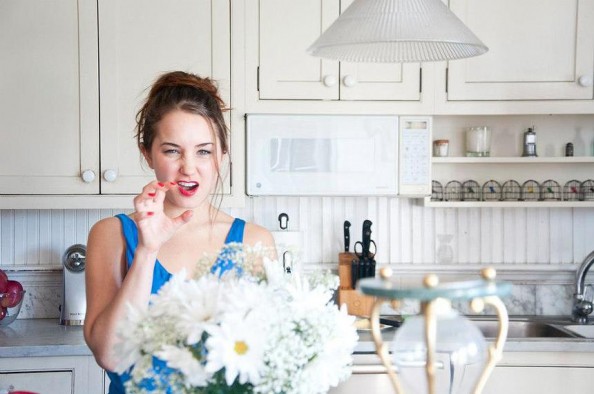 The course of the her life quest started in Cranbury, New Jersey, where she grew up with her Mother and younger Sister until they moved to Boca Raton in Florida after their Mother fell ill. In terms of self-mythology, her lineage was described as thus. “My Mother’s side of the family are from Sicily. My grandma immigrated to America.” Bettina managed to give some vernacular insight into her rich surname, one that made this author shrink in jealously.

‘Bettina’ means little Elizabeth in Italian. ‘Elizabetta’ was the full name and so ‘bett’ was combined with the diminutive ‘ina’ to mean little. ‘Mangiaracina’ essentially means ‘grape eater.

At the age of 17 the actress spent a laborious summer in New York City studying acting when her Mother suggested that she tackle the Big Apple. Bettina didn’t have any family members who had done this before career before her and so was apprehensive, although she wanted to pursue a passion for film.

I was obsessed with The Virgin Suicides when I was younger and enjoy watching Fellini’s films. After watching Scarface I decided to stay in NYC and pursue acting at The Lee Strasberg Institute.

Ms. Mangiaracina espoused her views on the city in which Woody Allen and other notable creative talents live.

I love Manhattan. This wasn’t always the case. I’m in my 4th year here. The city has inspired so much of my art and has forced me to always keep going, keep pushing forward.

The aforementioned Lee Strasberg Institute, a home to teaching and demonstrative classes about method acting by key figures such as Stella Adler, was where she studied after deciding to leave school early. This method approach is fundamental:

For me, acting is relating to a scene in the ways that I can. I’ll use a similar experience or emotion and go with it. The fun is when you surprise yourself and start creating and improvising a character as you along. You can get some really juicy stuff when you improvise and just play.

This approach is apparent in her role as Pink Sister in the modern witchcraft film Aquelarre by NYC-based film-maker Guillermo Barreira.

Barreira contacted me through a casting site and asked me to be a part of it. I was given a lot of creative freedom, so just went with what I felt in that moment. The instructions I was given were more technical, like to lie a certain way or how to pour the tar.

It’s a study abroad, but unique because you live on a ship for two months and go to around 10 countries. It was my first time out of America.

A forthcoming role in the shape of the character Rachael in the horror film Innocence belies an interesting young method actress who is sure to become noticed in the independent New York creative scene, but this is not a sole objective.

I’m set to do a couple of films, but this year has been very different for me. I’ve started to write more, take more feminist and political classes, and really explore myself and the world I live in. I love learning and acting, but I’ve made a decision and will learn more as a person right now.