An Interview with Shaun the Sheep Producer and Animator Peter Lord 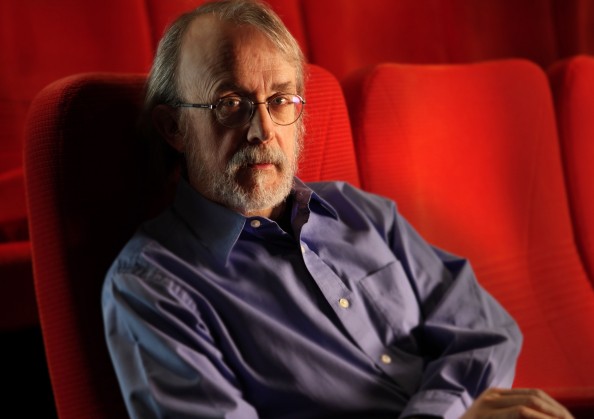 A dark, amorphous figure stands by a blackened pewter cauldron and is more like a ghost than a homogeneous form. It stares into the black pit that endlessly snaps and crackles like Meg and Mog’s breakfast, eternally bubbling whilst a figure slowly evolves, getting clearer and clearer. The form comes up to the top of the boiling liquid and sees the world for the first time…

The creation process could be described as thus and was a crucial theme of the work of Romanticist writers such as Mary Shelley in her novel Frankenstein; or The Modern Prometheus. This was pivotal in the first silent film version produced by the Edison company, where the aforementioned scene was taken from and can also be applied to clay like the Jewish folklore story Der Golem (The Golem). Modern plasticine animators such as Peter Lord keep this tradition alive as the inventor of Morph has been making life out of plasticine figures since he formed Aardman Animations with a little help from his friend David Sproxton in 1972.

In terms of mythology, Mr. Lord was born in Knowle in Bristol in 1953, the city he still calls his home. He has a brother and sister and went to York University, although he didn’t study what most would assume.

I was studying English Literature and it was nothing to do with my career. I expected something would happen, ha. Never happened! So I went with what I knew and carried on animating. I favoured the storytelling of George Pal and others. Another was Norman McLaren for the sheer imagination. I have huge respect for him.

A move back to Bristol post-York resulted in Aardman’s own creation and our subject considered what his canon of work meant to him, particularly the metaphysical connections.

That’s an interesting connection, it sounds scientific. Plasticine has an element that is special: Adam was made of clay in the Bible. I’m sure the term animated/animation was used in there…

Aardman’s other connections included a link with the video for Peter Gabriel’s Sledgehammer.

It was recorded in our studio. The Brothers Quay came in to help. The only real connection was that they came down to Bristol.

Another important commission was that Lord made and directed an acclaimed video of My Baby Just Cares For Me by Nina Simone, which features a number of smoothly cool plasticine cats, including a charming bespectacled double-bass playing moggy.

There was something about him! I’m not sure that he was influenced by me, ha. I’m not a jazz fan, but I have an eye for caricature.

Mr. Lord’s current projects include a new series of Morph videos on YouTube titled The Amazing Adventures of Morph and a Shaun the Sheep Movie, which he is producing.

I can tell you that it is very much on the way and it will come out in February. It will stay true to the original television programme and gives it a bigger story.

A Wallace and Gromit exhibition appeared at the M-Shed until September 7th last year and in the meantime our subject also enjoys folk music like Nick Drake and wine between his busy schedule.

Well, I like a nice Italian Barolo. See you in Waitrose!

The Shaun The Sheep Movie is released nationwide in the UK on Friday 6th February.

Photo is courtesy of Aardman Animations.