4 Things All Music Publishers Should Know 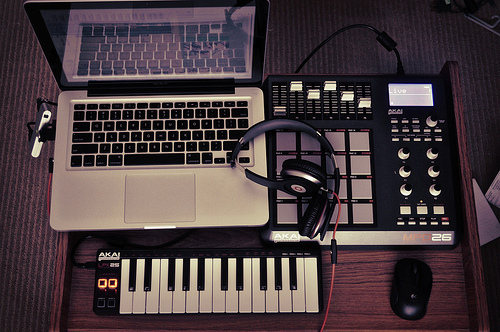 You’ve read it before, but we’re going to write it again: living in the future is awesome, especially if you are an independent creator. The Internet makes both creating and sharing the things you make much easier. This is true of writers, photographers, painters…heck, with 3-D printing becoming more popular, it’s even true for sculptors! It is especially true for musicians.

Portals like BandCamp and YouTube make it easier than ever to share and even sell the music you record. Your new music business can be up and running in a matter of minutes…but just because it can doesn’t mean it should. There are things that you need to know and really grok before you start publishing your music for other people’s consumption.

How to Set Up a Web Presence

Yes you really do need to have a web presence and no, your YouTube channel isn’t going to be enough. Your web presence needs to consist of AT LEAST: A website, A Twitter account, and a Facebook page. It sounds complicated but you can have at least basic accounts and sites set up within an hour or two.

Your website is where you can post your videos (YouTube allows embedding and even provides the handy code to make it easy on you), updates about your band and any new songs or gigs you might have. It’s where you can publish links to the places you’re selling your music. You can even sell your music directly through the site itself if you have the time to deal with all of the orders. It’s also good to set up a contact form here so that, if someone wants to send you a message, they can do that.

Your twitter and Facebook feeds are where you publicize the things you publish and produce as well as where you will conduct most of your fan interactions.

A lot of independent music is released under a Creative Commons license which is a sort of do-it-yourself (but still legally binding) license structure. The most popular creative commons license is the Share Alike license which lets people do what they like with your work provided that they aren’t trying to sell it or make a profit off of your intellectual property.

Of course, not all music is released under Creative Commons licenses. Some is copyrighted and there are strict rules about who can and cannot use that work to inform their own and what kind of crediting/payment needs to be made.

If you are hoping to cover someone else’s song, ALWAYS make sure you’re playing by the rules of the license on that song. If you’re not sure what kind of license structure is in place, contact the musician or his/her management team to find out.

When you first start out, you might plan on doing all of the administrative work yourself. You envision sending your work independently to sales portals like iTunes, etc. Here’s the problem: these submission processes are complicated and each one has its own set of rules and approvals process. This is just one reason why most people work with music publishers.

Music publishers are great and can be a huge time saver for you. Some music publishers also handle your licensing so that if someone wants to cover your work or feature it in, say, a television show or on a soundtrack, you don’t have to figure out all of the legal stuff involved. Yes, you will have to pay a small fee to whichever publisher with whom you choose to work, but that small fee could save you hours of work on your own time.

How to Work Every Day

Yes. If you want to build a career as an independent musician, you need to be ready to work every single day. Not all of that time will be spent creating and recording music. In fact, as sad as it might sound, the creating and recording parts are just a tiny part of the work involved in running your own music career. You have to set up shows, work with distributors, promote your work, interact with fans, etc. This is why, as you become more successful, you might want to consider hiring a manager (knowing how to do that is another post for another time) to take care of most of those details for you.

These details might seem tedious but if you don’t want to get sued or have someone be legally allowed to steal your music and make a profit off of it (remember what happened to The Verve when they started out?) you’ll do your homework.

Photo from sorealsurreal on tumblr