These Premieres Are Heading Your Way 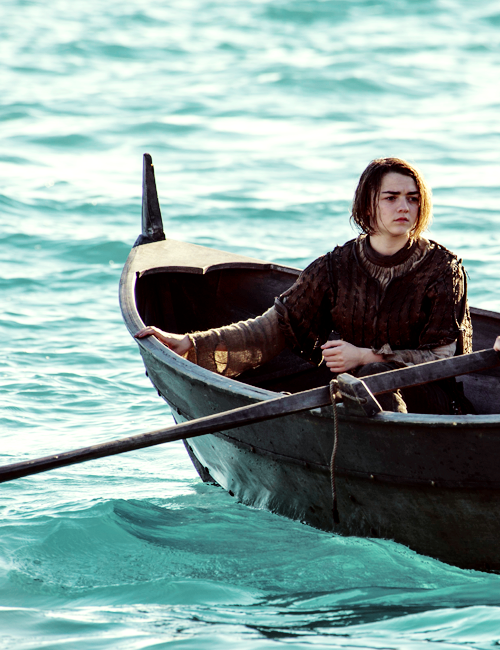 As the weather turns warmer, so heats up the television lineup. This season is shaping up to be exceptional, especially post The Walking Dead. The Dead wound down, while HBO geared up for the highly anticipated season premiere of Game of Thrones.

For those viewers who cannot get enough of the zombies, the CW will gift us with the teen angst driven, and (this is just a guess) ‘Walking Dead’-inspired, iZombie. The show promises to tickle the funny bone, even if it isn’t written to. The premise of a teenage zombie living a normal life among humans is just amusing.

With the return of the popular historical fiction shows, including Vikings, Salem, The Musketeers and Penny Dreadful on the lineup, we can also look forward to NBC’s addition of Galavant, a musical, to the list.

One of the most popular shows on television today, which just kicked off its sixth season, is HBO’s Game of Thrones. While ‘Thrones’ is not about Earth’s history, it does have the feel of a historical drama, as does the also popular Outlander series on Starz. NBC’s Grimm and ABC’s Once Upon a Time continue to entertain viewers with their spin on the tales and fables from throughout man’s history, as does Black Sails, inspired by Robert Louis Stevenson’s book Treasure Island, on Starz.

For those who truly love crime dramas, there are also plenty of cross-over-genre shows, as well. Continuum, Showcase’s crime drama meets time travel science fiction, is in its fourth and final season, while NBC’s Hannibal, a good representation of crime drama meets horror, is going into its third season.

For those looking for their crime meets fantasy fix, the superhero shows are for you. The successful premiers of both Gotham and The Flash in the fall of 2014 opened the door for Marvel’s Agent Carter, as well as to get the green light.

How to Watch Your Favorite Shows This Season

Cable and satellite television providers often offer bundled packages for services including television, phone, and internet. These are great for the consumer who is looking for all three services. Plus, you can subscribe to premium channels, such as HBO, STARZ, and SHOWTIME. And, there’s DVR, so there’s always the option of recording episodes you can’t immediately watch.

For those consumers who are looking for basic television service only (no premium channels), and pay for Internet service in the home, it’s possible to get a free television fix via the Internet at the channel’s website. Internet websites, such as Netflix and Hulu, now offer many options for viewing television shows online, but there’s not always a guarantee on when shows will be available if at all. Also, these sites do not offer the extensive array of programming that many of the television service providers can, such as HBO (the only way to view Game of Thrones).

When deciding what to watch, it is important for the viewer to know their own tastes and trust their instincts. However, when deciding how to watch, it is just as important to talk to a TV expert. These days, the number of services and platforms for enjoying television programming almost rivals the number of shows to choose from. Every viewer wants to get the most out of their viewing experience without paying too much for the service. Therefore, it is imperative that a viewer researches each service providers’ pricing and programming before making a selection.