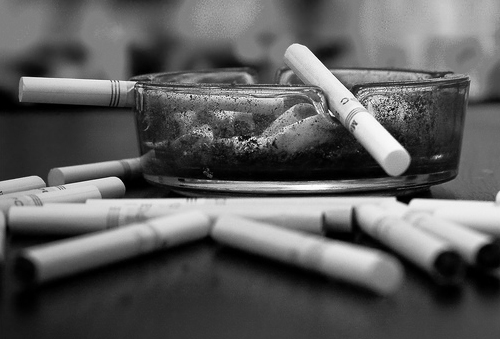 The late-great Albert Ellis, a psychiatrist from New York – he was very New York – often said addicts should make two adjustments. First, they should take all that obsessive energy they use to keep their addiction going – the energy used to find, purchase, use, and endlessly thinking about their substance of choice – and use that energy to become clean and sober.

Second, he said to find a positive addiction, like gardening, watching sports, playing a musical instrument, playing golf or getting in shape.

Getting in shape, after all, can be addicting and there are no legal problems that come about if you overdo it.

Meanwhile, what is the cause of the various addictions – alcohol, drugs and sex – and how are they similar?

I like to start with the concept of heroin. Heroin conjures up very scary images of someone shooting up the drug with a dirty needle in a dark, cold basement somewhere. That person might be homeless and might be stealing every day to get enough money for a “fix.”

This is an image of desperation. But this only applies to heroin addicts, right?

In fact, this image applies to all addicts, including sex, drugs, alcohol and gambling. The trappings may be different, but alcoholics can certainly lose their jobs, lose their families, become homeless and end up broke seeking shelter in a basement somewhere. Sex addicts, in turn, can wind up isolated, impoverished, in jail or in a hospital suffering from a variety of ailments.

Addictions are said to resemble a disease, a word that often sets up a debate.

But if you don’t consider an addiction technically a disease, it is undeniable that the word can be used as a very good metaphor. Addictions are very much like a disease. That is hard to deny.

Like addictions, diseases, have their own life-cycles. They start out with minor involvement. After a time, it takes more of the same substance to get the same high as it did before. (In sexual addictions, over time it takes increasing levels of risk to get the same high.) Then there are social, economic and physical repercussions similar for all addicts. The damage from alcohol is similar in early, middle and late stages all around the world. The damage from drug use also fits a standard prognosis. The same is true of sex addictions, as increasingly risky sexual behavior brings about increased levels of economic, social and legal trouble for the sex addict.

Similarly, all addictions revolve, at least in part, on what is called the shame cycle. Drugs, alcohol and sex are all addicting on their own terms, because they all produce powerful highs. But the addict, at some point, tells himself (or herself) to stop and then finds they cannot. They continue to use the substance of their choosing, going back for more, while telling themselves to quit. They become ashamed of their inability to control their actions and that fuels their need to get high again. For addicts, low self-esteem, depression, anger and shame are all triggers that make them seek solace in another “fix,” which erases the shame, anger or depression temporarily. But once the high is gone, the shame and other feelings return.

This is why addictions overlap. Alcoholics who quit drinking, but do not seek treatment, could find themselves seeking out drugs or sex, because the shame, depression and anger has not gone away on its own. If not approached comprehensively, quitting a sex addiction can just lead to another addiction or a relapse. This is why sex addiction therapy for men usually involves counseling and a 12 step program. Additional treatments can include evidence based techniques such as Motivational Interviewing, Cognitive Behavior Therapy (CBT), Dialectical Behavior Therapy (DBT), and Psychodrama Therapies.

Many sex addicts say they believed their troubles were over when they quit drinking on their own – only to find themselves slowly drawn to the world of illicit sex and promiscuity. Internet pornography can open the door to visiting strip clubs or cavorting with prostitutes or having extramarital affairs.

Treatment for each addiction can also be very similar, because they have similar issues involved, but often 12-Step meetings are designed for each particular addiction, because then the participants are all connected by similar stories and share a similar vocabulary. Some also separate sex addicts from broader 12-Step groups, because many alcoholics or drug addicts do not want to be associated with sex addicts, despite the similarities.