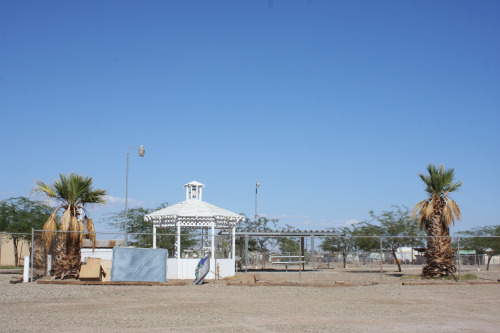 Looking for some exciting local color this summer? Whether you’re from the area or looking for a memorable summer vacation, you’re sure to experience some new cultural flair from any of the events below on the West Coast of California. Local stories will surely color your experience as you meet new people along your travels or quench ‘stay-cation’ desires.

California is the western most state of the United States, spanning nearly the entire length of the country. The western coast is home to a variety of climate and natural diversity, including cliff-lined beaches, the Redwood Forest, the Sierra Nevada Mountains and Mojave Desert. Weather you are a nature enthusiast or a city dweller, you are sure to find a spicy night! The western coast of California includes the major cities of Los Angeles, San Diego, San Bernadino, San Jose, San Francisco, and Oakland.

Known in several regions, Napa, Sonoma, Santa Barbara, Monterey, and more, for a superb wine country. Breathtaking tours of vineyards are sure to provide a beautiful view and satisfy the taste buds, and surely would delight for a romantic evening/weekend for two! This summer you can still enjoy an evening with Chris Botti, the summer wine celebration in Napa, as well as the Red Hot August Nights Harvest Party in Rutherford.

The West Coast is home to a large annual music festival and exhaustive list of festivals and gatherings can be found here. The line up this summer includes highlights such as Elton John, Bela Fleck, Mumford and Sons, Lee Brice, Pretty Lights, and many other top chart artists. If you are traveling and have a specific date you are looking toward hitting up the beat scene, check out the festival guide to plan your occipital immersion. This post runs through the beginning of summer 2016.

The California State Fair is held in Sacramento, this year the 10-26th of July. This show is juried and has prizes for contributors. Likely the artists will already have been accepted for the show, but if interested contact the organizers for possibilities in the years to come.
Also, The Inspiredinland Market in Rancho Cucamonga, California is a very small art festival listed with just thirty exhibitioners in theThomas Winery plaza the 11 of July.

Los Altos Arts and Wine Festival will take place the 11-12 of July, 290 exhibitors taking over closed streets. Also July 11-12 will be the Squaw Valley Art, Wine and Music Festival in Olympic Valley, CA. In addition The Palo Alto Clay and Glass Festival, Newark Summerfest,  and Old Mission Montessori School Christmas in July Show will be held the same weekend. More information can be found at pacific fine arts, where there is also a listing of art shows for adults and families through October of this year. Wide ranges of themes accompany the festivals with additional focuses from crafts to wine.

Make sure to mark your calendars for the California Festival of Beers, this year’s festival occurred in May, however dates for 2016 should be posted in the near future.

However, The California Brewers Festival is coming up in on the 19th of September in Sacramento California in Discovery Park.  This festival is known as the longest running and longest pouring beer festival in the city! General admission is still available starting at  $30 per ticket.
Also this summer (list not exhaustive):

California is a wonderful state to explore natural diversity. Weather you’re up for a pleasant walk through the forest or more extreme adventure, there is certainly a natural site calling that will deliver on the experience you are hoping for.  Below are some of the top sites for National parks and locations for stepping into a world beyond skyscrapers.

Redwood National Park: Located on the northern coast, the Redwoods cover 133, 000 acres in the Del Norte and Humboldt counties. Four parks combine together to protect this natural old-growth forest. The trees are the largest and tallest tree species on Earth, in addition, the forest protects several indigenous flora and fauna throughout the prairie, rivers, and coastline.  As a trivia fact, this forest became protected after men who failed at striking it rich in the gold market and turned to unrestricted logging.

Sierra Nevada Mountains: This mountain range is located between the Central Valley and Basin Range Province. 400 miles long and approximately 70 miles in width, the Sierra is known for Lake Tahoe (the largest alpine lake in North America), Mt. Whitney (the highest point in the USA excluding Alaska and Hawaii, reaching to 14,505ft.), in addition the Sierra is home to three national parks including Yosemite, Sequoia, and Kings Canyon.

Mojave Desert: Nearer to Nevada and the southeaster region of California than the western coast, the Mojave (mo-hah-vee) desert is home to the Joshua Trees that are a landmark species to the desert. Known as the ‘high desert’ Mojave is also home to the notorious Death Valley, the lowest elevation in North America (282 ft). Please note however that this location is in eastern CA.

In any of the aforementioned areas as well as throughout the splendid coast of California, you can dare to try or continue to expand your repertoire of any of the following outdoor adventures:

For the photography enthusiast you can even trek through the paths that Ansel Adams took for his world famous black and white photography. Perhaps you can create your own, much more affordable, reproduction!