Hyperrealism of Human Beings through Sculpture

What happens when a model maker and puppeteer decides to take up sculpture? Imagine a world of fantasy characters, a world of storytelling and imagination transposed into reality. Well, that’s what happened when  London-based Ron Mueck, quit making puppets for children’s television and films and took raw materials to give life to his imagination.

He started creating hyperrealistic sculptures of human beings but did not stop there. He played with scale so that all his sculptures would not fit the normal dimensions of a human person, giving them an hitch of mythological appearance. 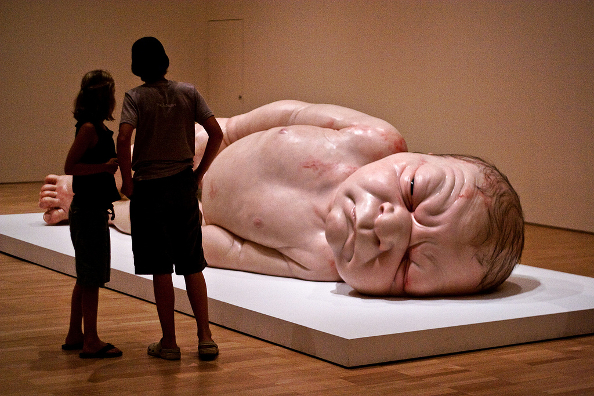 Sculpture titled “A Girl” by Ron Mueck exposed in Melbourne at the National Gallery of Victoria, on February 10, 2010.

Form tiny personage to huge body parts, all his sculptures look amazingly alive. He uses resin, fiberglass, silicone, and many other materials just to provide this feeling to his sculptures. 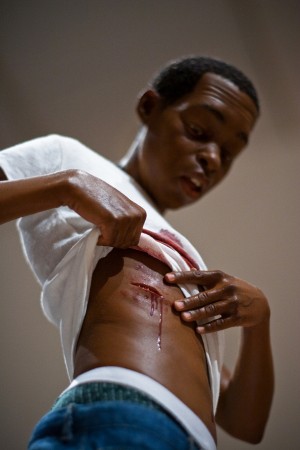 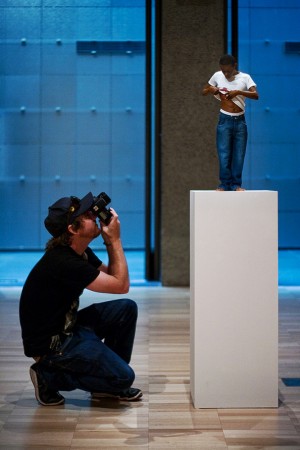 Many visitors of his gallery have confirmed they were indeed a bit afraid to approach the sculptures because they thought they might be a real person ready to scared them. 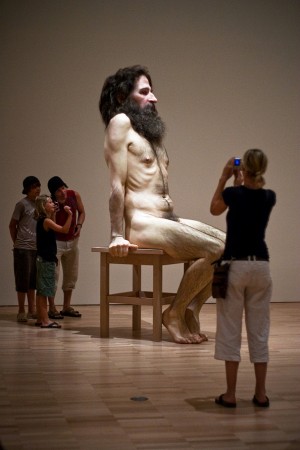 “Wild man” at the National Gallery of Victoria in Melbourne

Mueck’s work begin to get noticed after he got introduced to Charles Saatchi, the co-founder of the famous advertising company Saatchi & Saatchi. The businessman began to commission the artist’s work which lead to the creation of one of Mueck’s best known pieces, called “Dead Dad”. The masterpiece reflects the image of Mueck’s dad  in about two thirds of his real dimensions and it’s the only sculpture on which the artist used his own hair to create it. The exhibit was later included in the Sensation show, owned by Charles Saatchi and it was presented at the Royal Academy in 1997.

Since then his work has traveled the world, from Japan to Brasil where he managed to gather the largest audience in the museum. He has inspired a generation on new artists and earned his place in shaping contemporary art.