Do you love movies that don’t stick to the usual pattern? Have you ever watched a Palme d’Or winner from Cannes Films Festival? Well you should. There is something about these movies, they are not so easy to digest and often the stories presented are a harsh reflection of reality. There are many festivals and awards on each continent and a whole bunch of talented directors which put in motion the most amazing tails. 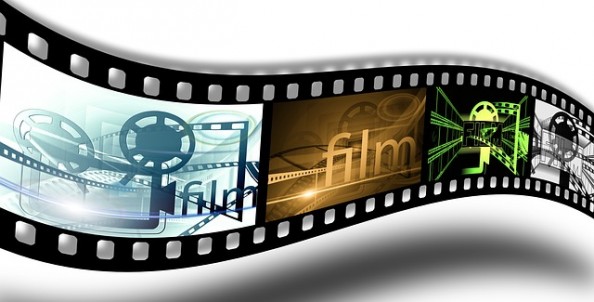 So let’s take a walk away from the box offices and top rated movies and look beyond, there’s a world of possibilities. Keep in mind these movies are not ranked and you should watch them all, you won’t regret it.

A poetic movie, an entire metaphor from beginning to end. Filled with compelling visuals, the movie is a portrayal of the degradation that comes with each generation. Discipline, mistakes, values are a hot topic and take you on a journey of discovering the core of a human being. Kim Ki-Duk shows the beauty of each part of a life through the four seasons. A grand master that tries to teach right from wrong to his disciple,  a story about accountability of one’s own actions and the implications each decision has on future generations. Spring, Summer, Fall and Winter are the four stages of a life childhood, adolescence, maturity and old age and the major characteristics specific for each of the four stages: youth, rebellion, being responsible for one’s mistakes and wisdom. A Buddhist fable of a life’s story.

Three stories that make you wonder about what are the elements that compose your identity. If you change parts of a ship do you get the same ship at the end or a new one? A question that applies to us, humans also. A blind, talented photographer that looses her touch after eye surgery, a monk that fights his principle in order to stay alive and a businessman that discovers the harsh truth about how easy other put a prince on life.  Three destinies bound by a life event that changes their life. A movie that makes you wonder how did you became the person you are today.

Have you ever imagined how the beautiful city of Rome is seen through the eyes of a writer? The very stone that stood as ground base of the world’s most impressive empire is now a city of romance, intrigues and political interests. The tail is composed of  Jep Gambardella reminiscences of his youth. Bits and pieces that come up with a passionate story about high life and exuberance that might both fascinate you and make you want to visit Rome (if haven’t already).

The movie shows how big of an influence can have the determination of a young history teacher. Loved are respected by his students, Rainer Wegner starts a new course about totalitarianism and come with the nonconformist idea that dictatorship can be brought back to life. The overwhelming journey, the range, the surprises that follow a group of student born and raised in democracy that become a fierce force of a new Nazi group. The implications of the actions, the beautiful description of the psychological implications that such an idea has on people is both disturbing and revealing.

A movie that has it all. Romance, mystery, politics, a bit of comedy and a scent of a thriller, all the right ingredients that got this movie an Oscar award. Following on two generations, the stories are filled with unexpected turnovers that show the life of a federal agent that gets too involved in a murder case that will shape his entire future. It is a story that will keep you on edge. A must watch for sure.

So when in doubt on what to do on a lazy Sunday, don’t hesitate to watch one of these international movies, they will surprise you and offer a different kind of experience. Indulge yourself with some quality cinematic  masterpieces. Do you have you own favorite? Share it with us in the comments section.