Artist have the amazing superpower if turning something beautiful out of nothing. And this was extended not only to their work but also to the space where they present the artwork. Together with architects and interior designer they can turn a place over. All over the world there are art galleries that just beg to be visited, from castles, cliffs, abandoned factories, buses, all kind of place have been transformed into jaw-dropping art installations. I’ve done my part of research on these places and here is a list with the top ten most amazing museums build in repurposed places.

If being short on time was your excuse of not going to art exhibits, this great project will leave you without any excuse. Built on a six-car Chicago Transit Authority train it’s the largest on-going alternative space for an art gallery. With elaborate installations, each car of the train has a different topic and approach. From plates to paper sculptures, paintings and much more, this train will shortly become your favorite way to travel. 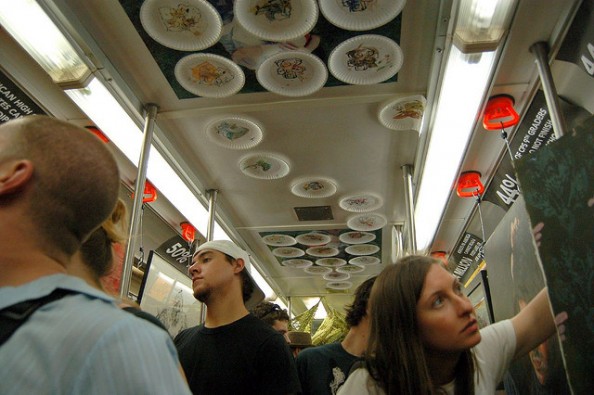 In a former zoo artists have been called to give a new purpose to the space while raising awareness to the abandoned space. It was transformed into an colorful space filled with impressive murals, some depicting the animals that one used to live there. An effort to relive an once abandoned zoo into an artistic installation that gives it a whole new face.

With over 500 grave sites, the crypt of London’s St. Pancras Parish Church has served as many things from it’s original purpose. After the city denied burials inside churches,the establishment has been a canteen, a air raid shelter and now a respected art gallery. Now the complex tunnels underneath the church serve as exhibitions for London’s great artists that look for a display filled with history and a unique atmosphere. 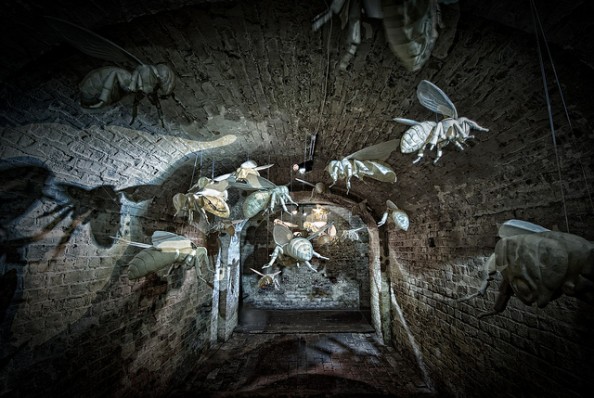 On the beautiful Mediterranean Sea, south of Tel-Aviv, a nightclub built in the 1950’s was turned into an art gallery and artist colony. With an open facade that lets the sand flow on the floor, providing a beautiful open space that’s inviting for any passersby. With no restriction on dress code, it’s probably one of the few art galleries in the world where people can admire beautiful exhibits in their bathing suits. 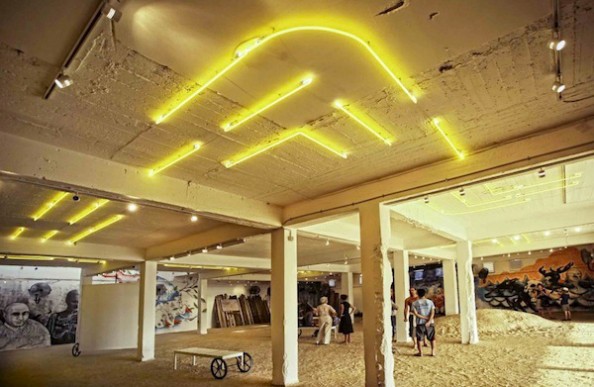 I know street art is not so uncommon anymore, but what if you convert an entire street into a garden made out of different art pieces and use it as an display. We go so far as saying it was a massive recycling process of art and space. Philadelphia’s Magic Gardens, located around the South Street area, were considered complete after 14 years of work, during which the talented Isaiah Zagar took bits and pieces, using bicycles, plates, paintings, bottles, sculptures and put them together to create what has become a city attraction.