Most Exciting Superhero Movies of 2016

Nerds gather! It’s going to be a really fun year for us! 2015 had it’s perks, especially now with the launch of Star Wars: The Force Awakens, but 2016 sounds really good also. So I’ve browsed the announcements for the current movie releases, and here is my favorite picks. There’s no particular order, simply because I cannot decide for which of them I’m most enthusiast. I’d be curious though to hear your personal pick from this list. 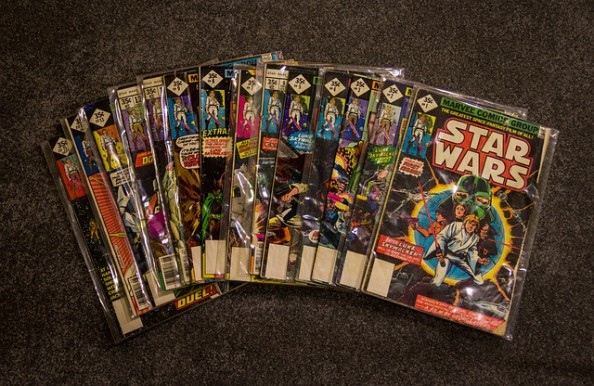 Another screening of the beloved Marvel story, based on the comic book, it presents the story of a brilliant doctor who takes up the battle against the evil and tries to protect the world after becoming a sorcerer’s apprentice. After quite a battle, the movie will be directed by Scott Derrickson, well-known for directing some famous horror movies. The official release is set for 4th of November, 2016. And we are still waiting for the official trailer.

This bad-ass story with super villains who form a new organization that executes dangerous assignments for a shorter prison sentence looks like a big hit. If you take a look an the cast list, it will definitely draw your attention with actors such as Margot Robbie, Cara Delevingne,Ben Affleck, Jared Leto, Will Smith and Scott Eastwood, just to name a few.

Rogue One: A Star Wars Story

Yes, you heard right. Set for release on 16 December, 2016, this will reveal the story of the rebels who wish to steal the Death Star. The movie will be directed by Gareth Edwards and has Felicity Jones as a main character. Sounds like an interesting combination.

Well, for this one we can already watch the trailer. Set for release on 6 May 2016, the movie directed again by the duo Anthony Russo and Joe Russo has already its share of critiques. Seems like we’re about to witness the feud between Captain America and Iron Man soon enough.

And it seems like a year filled with disputes between superheroes. And this one is one of the most expected one.  Directed by the science fiction wonder director Zack Snyder and featuring major names from the superheroes actor arena, the trailer look promising. The movie will appear on 25 March 2016.

Behold the most powerful and fearful mutant from Marvel’s X-Men universe: Apocalypse. This new quest to battle for the safety of Earth gets in theaters on 27 May 2016. Directed by the X-Men’s favorite director, Bryan Singer, the story looks like this:

Now this is a slightly different kind of story, one I assume you all know too well. The battle to take down the Templar organization will appear on screens on 21 December 2016. And apparently will feature Michael Fassbender, Marion Cotillard, Brendan Gleeson, Jeremy Irons and Michael Kenneth Williams.

Another Marvel Comics expected by fans all over the world. The story of the most unconventional anti-hero is set to appear 0n 12 February 2016.

The first encounter between the humans and the orcs is directed by Duncan Jones and it will be released on 10 June 2016.

Do you know other movies we should look into for 2016? Drop us a comment.