We are so grateful to get to meet rising artists and their work. Irmak Dönmez sent us a few samples of her drawing through our contact form. I had the chance to talk a bit with her about her greatest passion, so it is my pleasure to introduce you Irmak, the artist.

Laura (Molempire): Tell us a few words about yourself and what is your background.
Irmak: I was born in 1987 and live in Istanbul. I began studying drawing and painting while I was in high school. Then I received a BA in Fine Arts. After graduation, I decided to pursue my Master’s studies in Painting which I completed in 2013 and I published my MA thesis; “Freudian Dream Theory and Surrealists”. 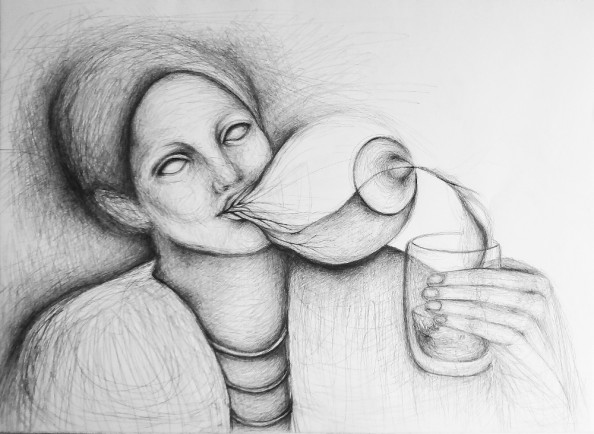 Laura: I saw you have drawings, oils and a few photography projects in your portfolio, which is your favorite and why?
Irmak: I feel that I can express myself better through drawing and painting. It’s like my mother tongue. Drawing is one of the most enduring elements in the visual arts and it is the basis for painting. But my first priority is the “idea”. I’m always drawing in my work while I transform ideas into visual forms, be it paintings or photo manipulations.

Laura: What inspires you the most and how is this reflected into your art?
Irmak: Macro and micro particles of everything…We are somewhere in the middle of a macro and micro universe. Analyzing the whole, questioning, being curious. Parts of human bodies (organs), parts of machines, elements of nature and the giant chaos hidden in those details are what I am most impressed with. When I place them at the center of my senses, everything appears to be different. This is the story of how I create an artwork from my ideas.

Laura: What’s your latest project and what inspired it?
Irmak: “Humankind” is my attempt to see my own body from a perspective that excludes everything I have been taught so far. In that, I was inspired by the trans-human concept quite a lot. The modifications technology makes on our bodies and this techno-evolution we’re currently going through are a kind of magic that isn’t discussed very often. 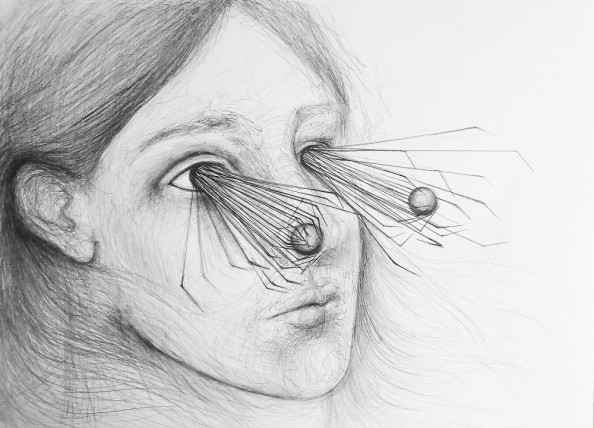 The “Humankind” series include physical modifications that I imagine and some of them are making references to Freud as inspired by my thesis work. You might wonder what could be the common point between the Freudian theory and trans-human, given that the former is considered to be old fashioned whereas the latter is totally futuristic and the representative of positive science. To me, their common point is that they both decompose human being without any fear of breaking it. Likewise, I did not feel afraid of interfering with human being. 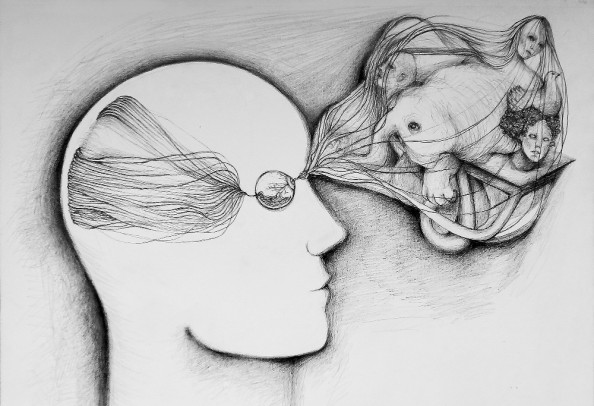 Laura: Share with us the insights behind one of your drawings. What did you want to expose through it?
Irmak: “Oedipus in his Aquarium” One of the works that stood out in the series. The mythological story of Oedipus realizing he married his mother comes to life hundreds of years later, in Freud’s theory. Freud thinks that the primary love of a person is their parent of the opposite sex and that this repressed urge will affect the future choices of the individual. In this drawing we see a man trapped, actually secretly hiding in a breast and his involuntary dependence on milk. Dependence on milk, a mother’s production and on a mother’s abdomen, our first home in life; evolves into the sexual desire for a woman’s body, which is also a desire to be trapped again inside a woman.

Laura: Do you have any future projects prepared?
Irmak: My next project is my first solo show. I don’t want to spoil any surprises now. I can say that it will be a show based on creative thinking. 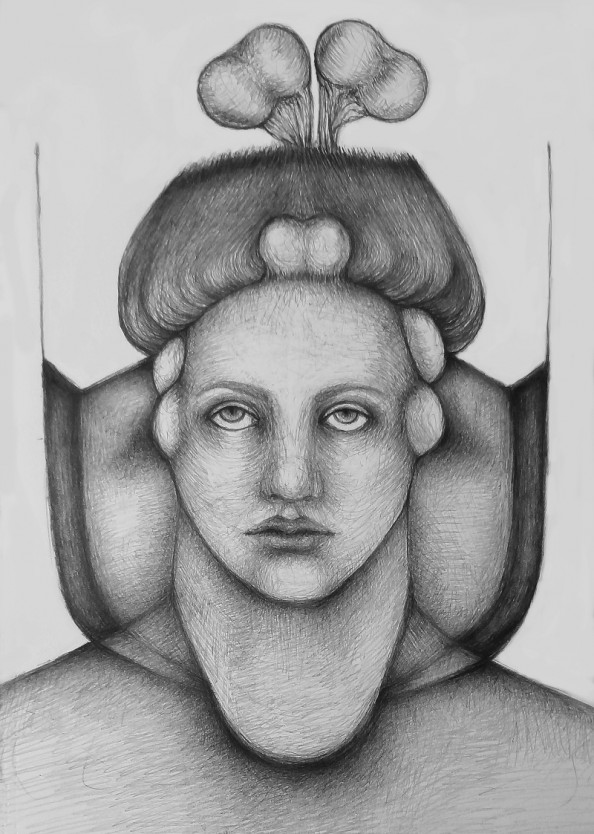 You can get a better look at her work here.

If you want your art to be featured on our blog, don’t hesitate to contact us!