Five Artist Biographies You Should Read in 2016

Do you have objectives for this year? Well, make room for one more. Time to get inspired by some of the greatest stories, the wonders behind some of art’s most amazing geniuses. I’ve browsed the biographies shelf and these five books should definitely go on your to read list. 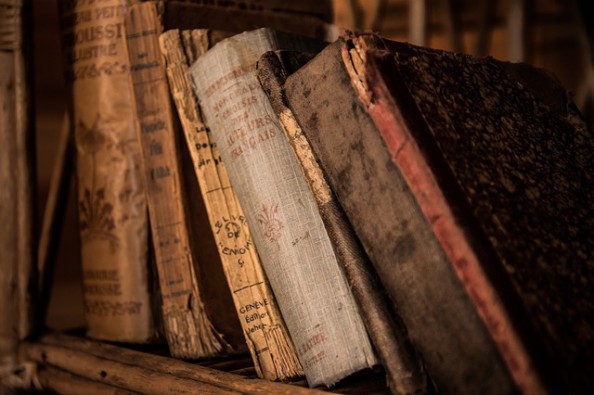 Matisse the Master: The Conquest of Colour, 1909-1954 by Hilary Spurling

Matisse is one intriguing artist. If his works were ridiculed at the time, his passion and ambition never ceased to amaze. Fifty years after his death, we finally have the entire story, so prepare yourself to be astonished. Here’s how it all starts in the prologue:

One of the oddest things about Henri Matisse is that he has had no biography until now, fifty years after his death. The work has been left to speak for itself, which should have meant that the life recedes into the background, remaining insignificant and largely unknown. In practice, something more like the opposite has happened. The blank pages of Matisse’s life have been filled in over the past half century with halftruths, misconceptions and downright fabrications, many of them now so deeply embedded in arthistorical culture that they seriously distort the
ways in which people look at his paintings.
“If my story were ever to be written down truthfully from start to finish…,” Matisse wrote in retrospect, “it would amaze everyone.” 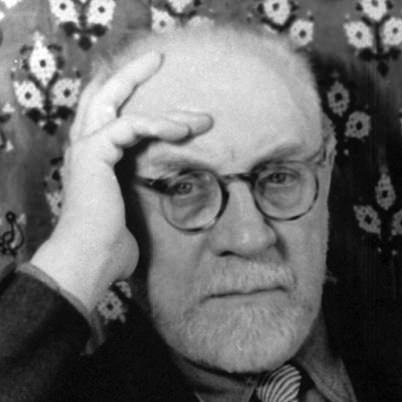 Fire in the Belly: The Life and Times of David Wojnarowicz  by Cynthia Carr

This is one well-known and appreciated biography. David Wojanarowicz’s art is a burst of creativity which materialized into paintings, photographs, films and more. All this got him a reputation and the fact that he lived such a transparent life and always militated for his homosexuality and struggles in a time when the AIDS plague has struck, it was truly inspiring to a whole generation. Bellow you’ll find an excerpt of the introduction that Cynthia Carr wrote at the beginning of this untold story. 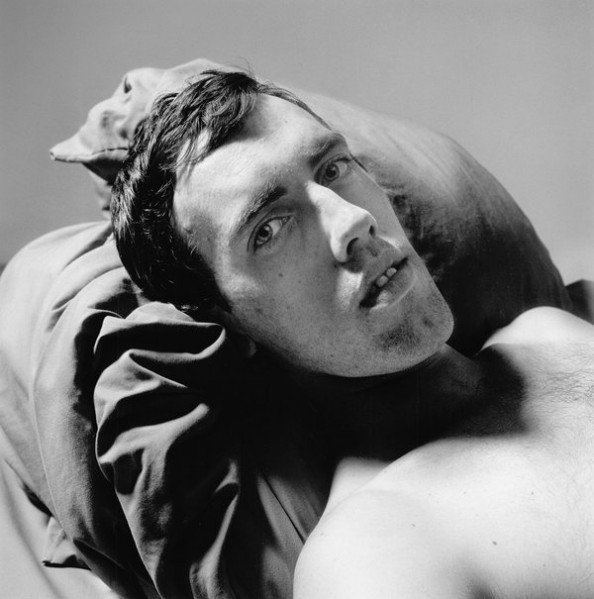 It was November 30, 2010 —the eve of World AIDS Day. Smithsonian Secretary G. Wayne Clough ordered the National Portrait Gallery to remove David Wojnarowicz’s film A Fire in My Belly from a landmark exhibition about gay identity in art, “Hide/Seek: Difference and Desire in American Portraiture.” The elevensecond sequence deemed offensive showed ants crawling over a crucifix. According to Bill Donohue, president of the farright Catholic League,
this was “hate speech,” and he urged Congress to cut the museum’s funding. The top two House Republicans, Speaker John Boehner and Majority Leader Eric Cantor, chimed in immediately, calling for “Hide/Seek” to be closed. The museum would face “tough scrutiny” now, Boehner promised, while Cantor called A Fire in My Belly, which had been on view since October 30, “an obvious attempt to offend Christians during the Christmas season.” Once again, David Wojnarowicz (pronounced VoynaROWvich) was a targeted artist.

The Private Journals of Edvard Munch: We Are Flames Which Pour Out of the Earth by Edvard Munch

Munch is the mastermind behind “The Scream” one of the word’s most iconic paintings. He’s also the most acknowledged Scandinavian painter. But he was much more than that. He loved to write and his diaries were the living prof of the poetry and depth of his thoughts. J. Gill Holland wrote a beautiful introduction for the book and captures the essence into this great paragraph:

One thing is certain in reading Munch’s prose. An honesty and a generosity of spirit inform the master’s words. Whether his tone is comic or tragic, witty or remorseful, we can be certain that his search for meaning is genuine. The economy of his poetic prose often has the effect of shorthand. He once wrote that he should have been a writer. In his journal entries he was on the prowl for the unmediated transmission of mind to page. The quest is analogous to the intense searching for expression that he worked through in the mid1880s while painting The Sick Child. Finished, detailed verisimilitude could not depict the chilling fire he yearned to paint with all of his heart. “How should one paint true weeping after nature?” he asked (journal entry 47). 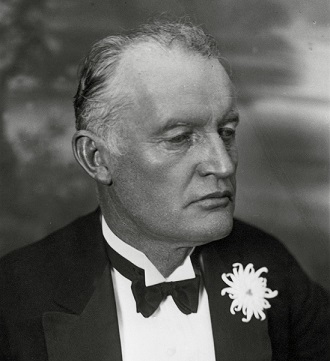 Utopia Parkway: The Life and Work of Joseph Cornell by Deborah Solomon

If you ever had even the slightest interest for assemblage, then Joseph Cornel is a name you’ll recognize. He was one of the pioneers of this art. He was an artist, a sculptor and an avant-garde experimental filmmaker. His famous shadow boxes, sometimes made entirely out of found objects, are now awarded many prizes. The biography written by Deborah Solomon depicts the perseverance and dedication of a brilliant artist.

On a typical afternoon, Joseph Cornell might stop in at his local Bickford’s restaurant for a cup of tea and a slice of cherry pie. One can see him now, a thin, wraithlike man at his own table, bent over a book while enjoying his snack. He reads intently, absorbed in a biography of Chopin or Goethe or some other formidable figure, pausing only to scribble a note on his paper napkin or to gaze with birdlike keenness at a waitress. Cornell was a great reader of biographies. (…)
One suspects it never occurred to Cornell that one day he himself would become the subject of a biography and that someone, somewhere, would perhaps sit down at a table in a coffee shop and open a book about him. The idea would have struck him as ludicrous, for his life was less a story than a strange situation. 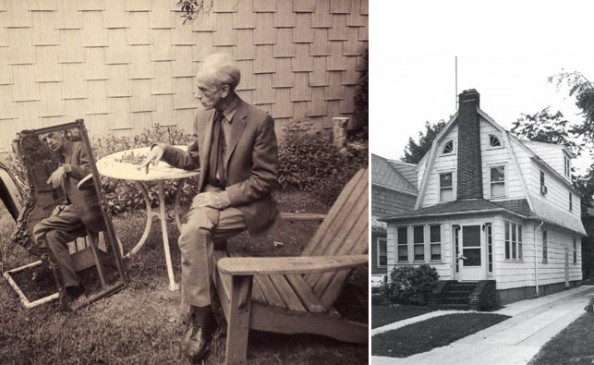 God’s Architect: Pugin And The Building Of Romantic Britain by Rosemary Hill

Britain’s Big Ben is one of the most visited landmark in the world. But not as famous is the man behind it. Augustus Welby Northmore Pugin is the architect with the most tumultuous life. His great accomplishments in architecture have changed forever London’s facade. He lived a short life of only 40 years, but many say it was filled with more turbulence one can handle in a life time. Historian Rosemary Hill puts in this modern biography many unpublished letters and details that try to recreate the story behind one of architecture’s most intriguing prodigy.

Pugin gave Britain’s capital cities two of their greatest landmarks, the clock tower of the Palace of Westminster, generally, if inaccurately, known as Big Ben, and, in Edinburgh, the spire of Tolbooth St John’s. He built the first English cathedral since Wren’s St Paul’s and he reinvented the family house. But his influence depended not only, not even primarily, on his buildings, it was both wider and more elusive. He gave the nineteenth century a new idea about what architecture could be and mean. He saw it as a moral force in society and as a romantic art. ‘He was our leader and our most able pioneer,’ George Gilbert Scott, that most prolific and essentially Victorian architect, recalled 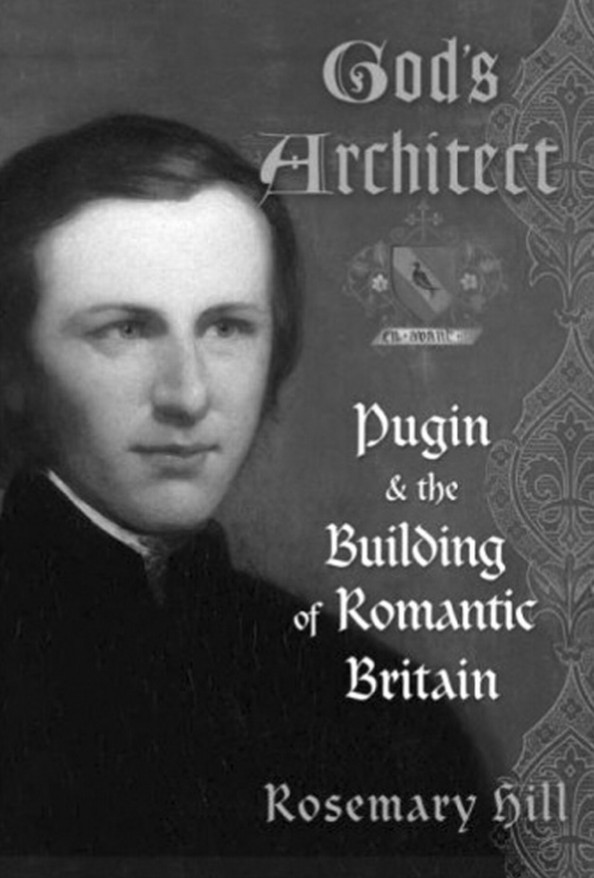 Well, these are my recommendations. What other great artist biographies have you read?